Are you dying to know what a couple’s relationship is really like? Elite Daily’s series, ILYSM, celebrates couples who met on dating apps and dives into the inner workings of their relationships. How did they know they were falling for each other? Who sent the first awkward message? What’s the one thing they fight about? Are they astrologically compatible, and do they care? By the end of each story, you’ll love them both so much.

Clarissa Buch and Jesse Zilberman met in person for the first time in April 2019, but by then, they had already fallen in love. They matched on Hinge, texted for three weeks while Clarissa was on a family vacation, and the day she got back to their hometown of Miami, they met and made their relationship official. Before they had ever even been in the same room together, they had already tackled seemingly every difficult subject and asked each other nearly every tough question via text.

“It was during that time that I looked at my mom during our trip and said, ‘I’m going to marry him. I know you think I’m crazy, but this is it,’” Clarissa tells Elite Daily. They quickly realized they were aligned in every sense of the word, especially because, as Clarissa explained, both their values are largely rooted in Judaism. “We truly believed we were meant to be in each other’s lives,” she said.

Jesse knew Clarissa was the one when he shared the news of his grandfather’s passing while she was away. When he heard her tear up for him over the phone, “I knew that her feelings were my feelings, and vice versa,” Jesse tells Elite Daily. He honors his grandfather’s memory by bringing Clarissa flowers every Friday for Shabbat, like his grandfather did for his grandmother, and like his dad does for his mom. When he proposed to Clarissa on Friday, April 17, 2020, he set up over 200 flowers in their apartment before getting down on one knee. They were married on September 15. 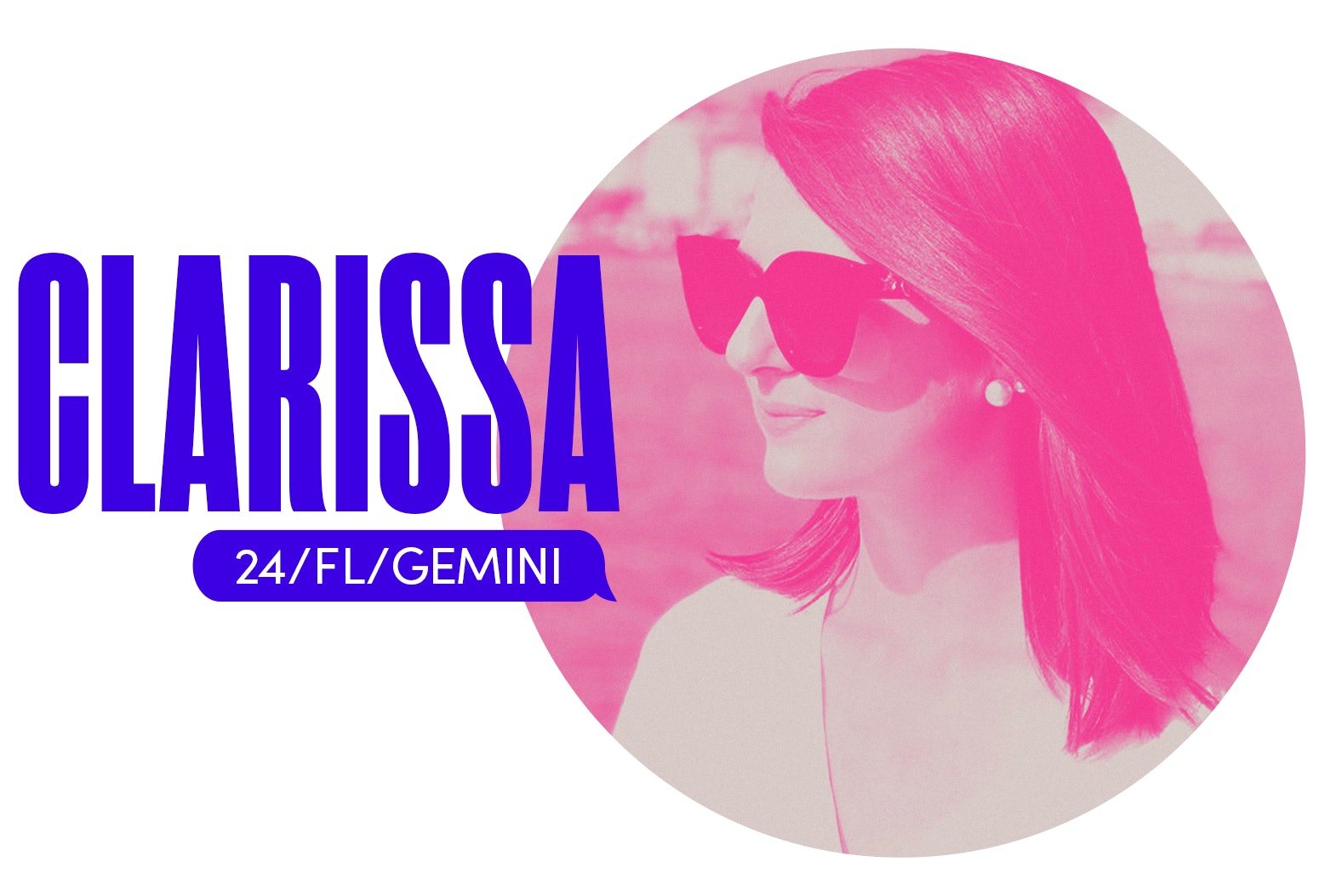 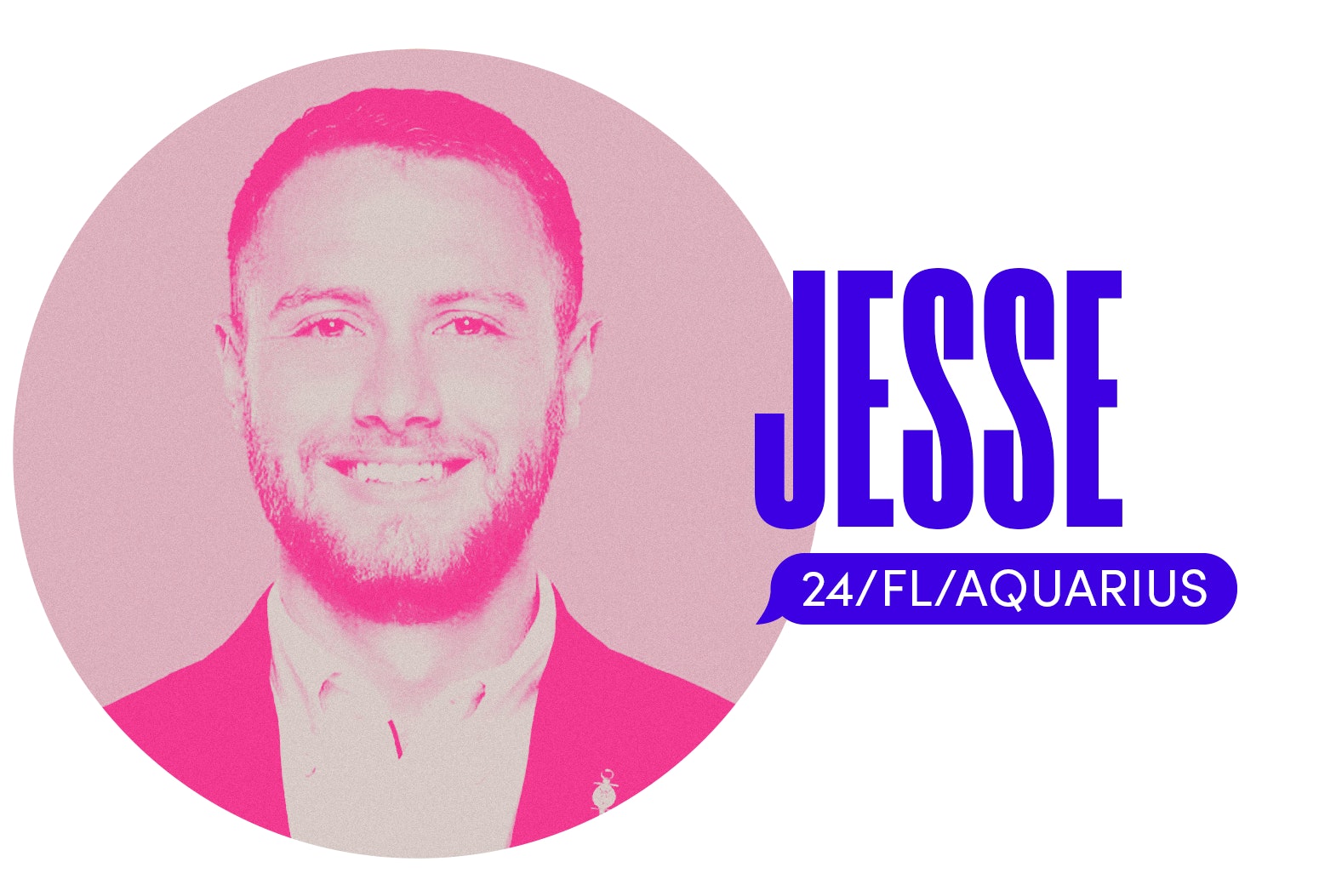 Which app did you meet on?

How long have you known each other?

Jesse Zilberman: A year and a half

How long have you been dating?

CB: A year and a half

Do you live together? Are you engaged? Do you have a pet you share? Any other relationship markers?

JZ: We live together in Miami and got engaged in April 2020. (Although I bought the diamond in August 2019 and knew after two weeks I was going to marry her.) We got married in September 2020 and closed on our first house 10 days later.

What initially attracted you to each other’s profiles?

CB: He had a photo with two guys I went to high school with — one of whom I was very close friends with!

JZ: I thought she was very successful and attractive. However, she matched with me because I had a picture with my two best friends from college — one grew up down the street from her and the other was her best friend in high school. She messaged one of them and asked who I was. He messaged me saying she and I would be great together, so that increased my attraction to her even more. 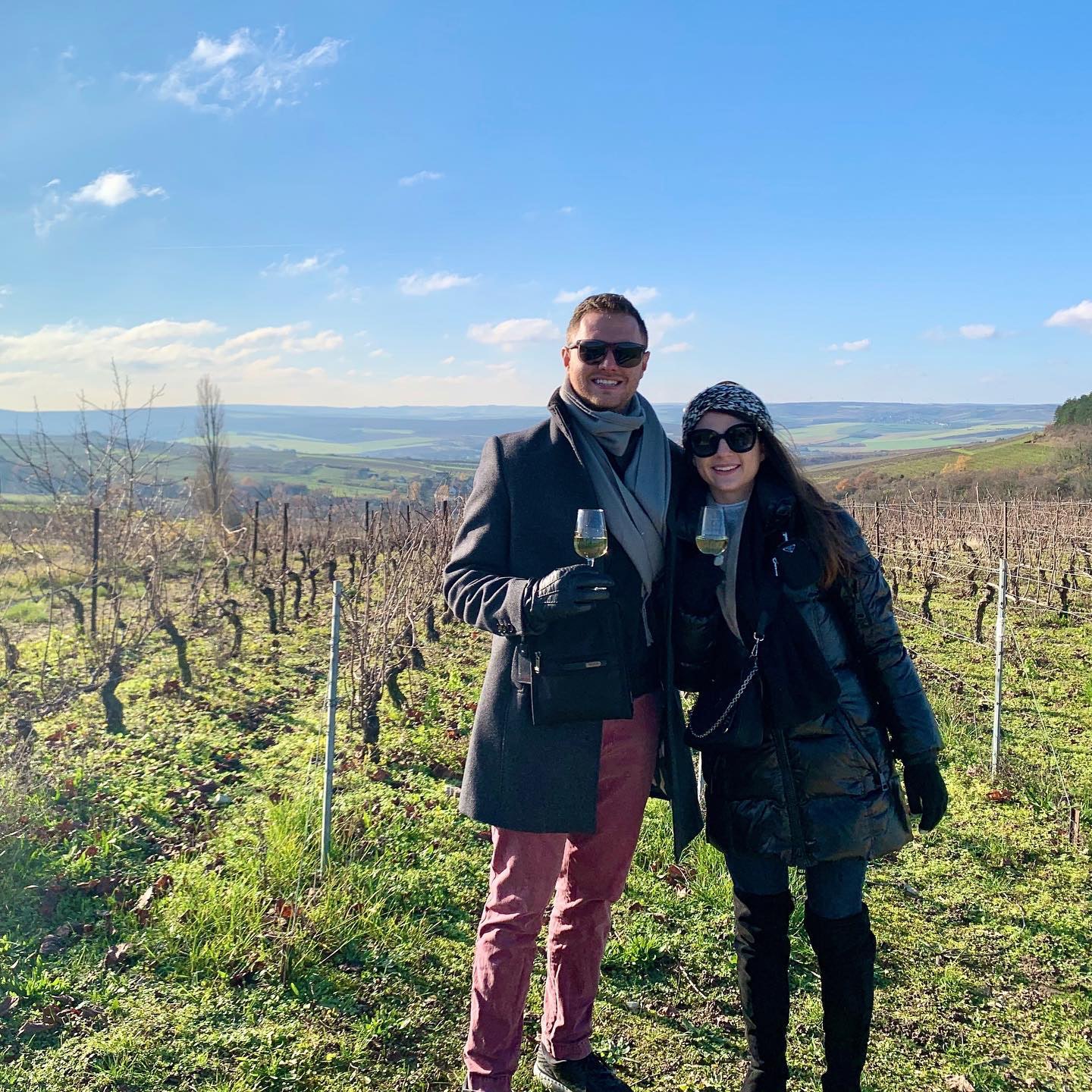 Who sent the first message, and what was it?

CB: He did. He said, “Hey, how’s it going?” But that was after I had texted our mutual friend and asked him who Jesse was. Then he texted Jesse saying, “Message Clarissa! You guys would be a great match.”

JZ: I did and I was nervous. I knew she had talked to my friend so I just went with, “Hi, how’s it going?”

How long did you exchange messages or texts before your first date?

CB: Almost three weeks — morning till night. I was away on a family trip, so I saw him the evening I got back.

JZ: She was on vacation in Europe. We spent those weeks asking each other every question. No surface-level stuff. We dove right into family, religion, politics, love languages, and intimacy. I fell in love with her through the phone (we spoke over the phone twice, too) and was prepared to make her my girlfriend when she came back stateside.

JZ: I picked up Greek food on my way home from work. I gave her a kiss immediately.

CB: We ate takeout in my apartment. It felt like we had known each other for years.

CB: We basically decided we were together before meeting in person! But when we saw each other for the first time, a few hours into the “date,” Jesse asked to make it official.

JZ: It wasn’t really a conversation. We had fallen for each other and we complemented each other really well. We were “official” an hour into first meeting in person.

If you’re Instagram official, what was your first photo together?

JZ: A picture of us at an invite-only press event for Miami’s Time Out Market. I felt like Clarissa’s arm candy.

Describe the moment you first realized you were falling for them.

CB: Honestly, through text. We asked each other every question in the book, from marriage to religion to values and morals and beyond within that three-week period where I was on vacation. No question was off limits. We were both serious about finding the right person, so we figured it made sense to get the hard stuff out of the way. Once I realized we aligned on pretty much every fundamental level, I knew we were in really good shape. For a while, I really thought it was too good to be true.

JZ: I knew before I even met her. My grandfather passed away while we were messaging during her vacation. She was the first person I told, and when I talked to her over the phone, she teared up for me. Right then I knew that her feelings were my feelings, and vice versa, and that was further confirmed through all of our conversations about values and life.

Who said “I love you” first?

JZ: Me. I was super nervous and I told her after one week of meeting her in person. We were sitting on the couch and I just couldn’t not say it anymore.

What was your first fight about?

CB: Jesse is an incredible cook, but he has no idea how to clean up after himself. I joke that he’s a hurricane because I literally can take one look in the kitchen and know exactly what he cooked without even asking by seeing what’s left open or out, so that was a bit frustrating in the beginning. I’m over it now, though!

JZ: To be honest, I don’t remember. We don’t fight too much. We have disagreements, but we both put our “sides” out there logically and decide who is right. (Typically, she is.) Probably something about me leaving a mess or a door open or a light on.

What’s your favorite underrated thing about each other?

CB: How grounded Jesse is, and how connected he is to Judaism.

JZ: I told her that I keep a kosher home, and even though she didn’t, she was extremely open to keeping kosher and growing in Judaism with me. I can never thank her enough about that. 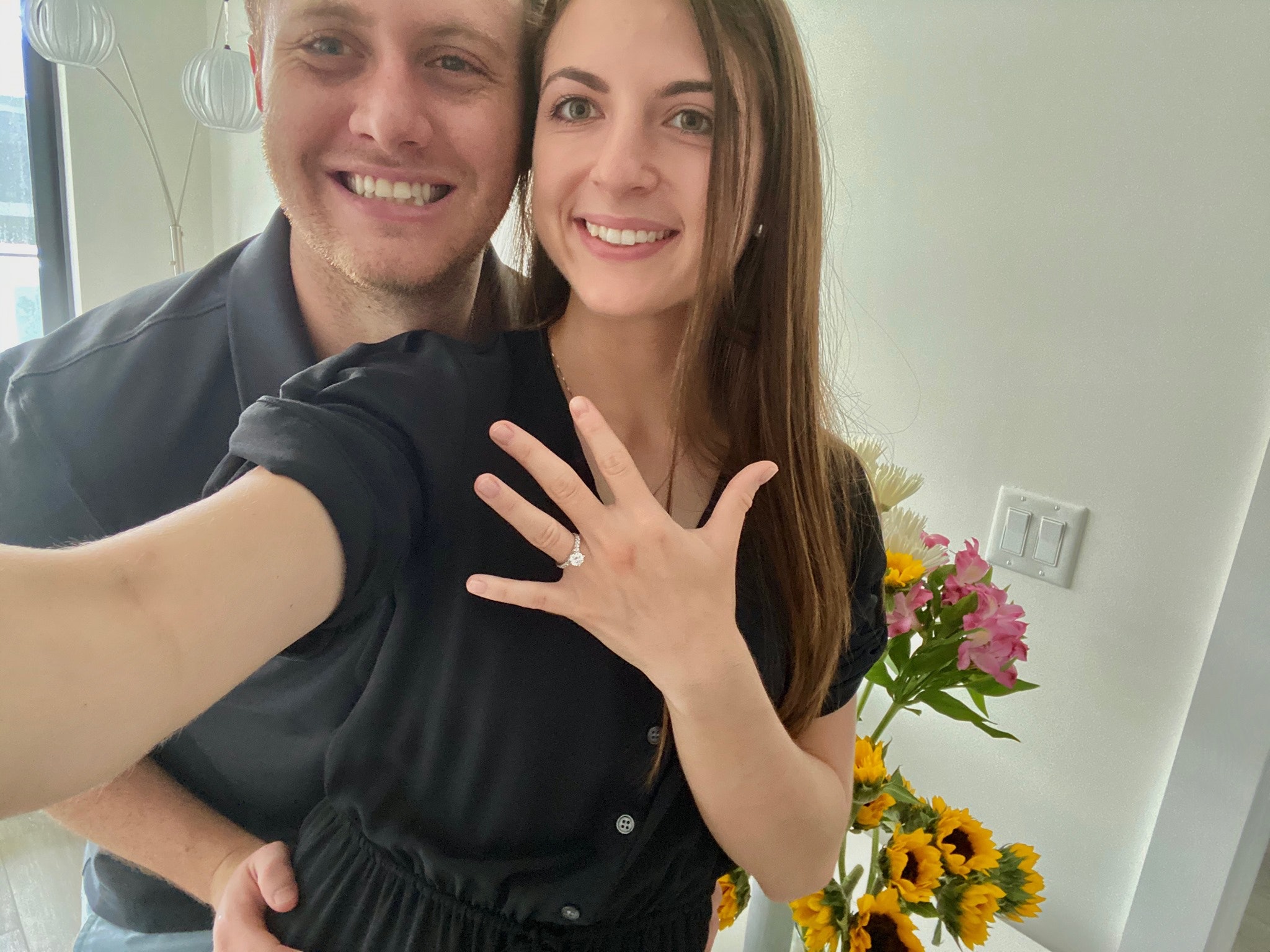 What was the last thing you texted about?

CB: Sending Jesse my portion of a bill we have to pay for the wedding.

JZ: Probably a barcode to pick up a package in our building. Since the coronavirus (COVID-19) pandemic, we are inseparable. No need to text. She bought a wireless mic if she needs me from the other room.

How often do you text throughout the day?

CB: Before COVID, all day — but now that we’re both working from home, we hardly text!

JZ: Barely. We both work from home and do everything together.

Do you know if you are astrologically compatible? Do you care?

CB: No idea. We knew we were compatible with all of our question-asking.

JZ: I think we are? I don’t care. Relationships are not about compatibility. They are about work and growth and values.

Which TV show do you marathon together?

JZ: We have a rule. She controls everything in my life, I control the TV. Some may think I’m crazy, I think it is the best deal ever. With that said, I still try to pick shows we’ll both enjoy. We watch a lot — Fauda, Homeland, Shtisel, Criminal Minds, Blue Bloods, and Narcos, to name a few.

What was your favorite date you’ve ever been on?

CB: Sunflower picking (flowers are a big part of our relationship) and a bagels and lox date after at a nearby deli.

JZ: Does a trip to Paris count as a date? 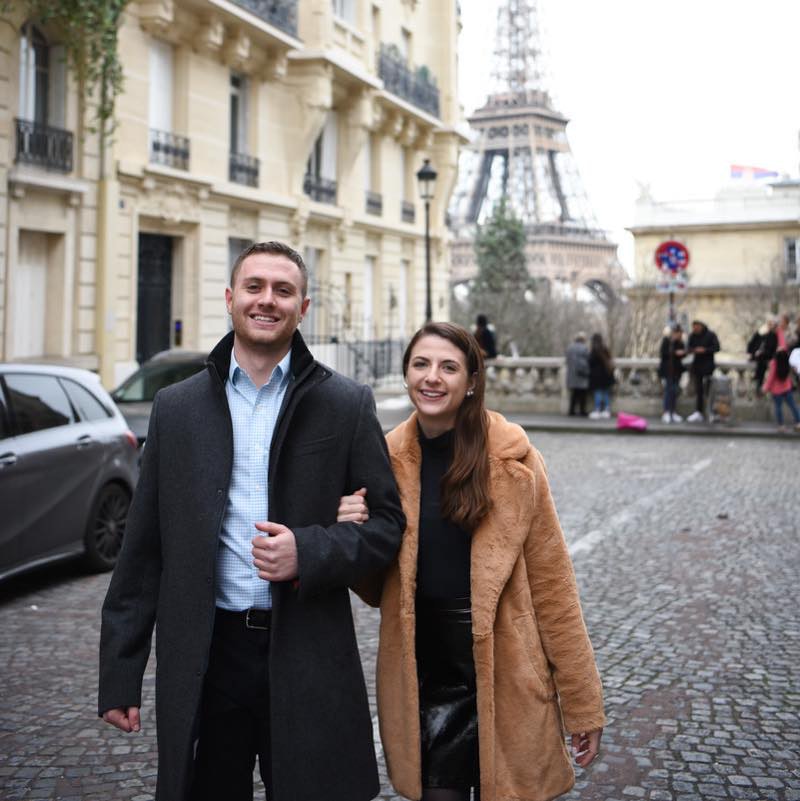 What’s one word to describe your sex life?

Why do you think your relationship works?

JZ: We talk about everything! Doubt? Talk. Upset? Talk. Annoyed? Talk. Happy? Talk. We really communicate how we want to be loved by each other and reciprocate those needs. But the connection to our faith and people gives us the most strength. Shared values and active communication are the most important keys to our relationship.

What’s the biggest lesson you’ve learned from each other?

CB: The importance of communication and selflessness in a relationship.

JZ: Humility. She is so self-driven and accomplished, but she would never tell you. Seeing that has helped me be humble, and in return, be happier. 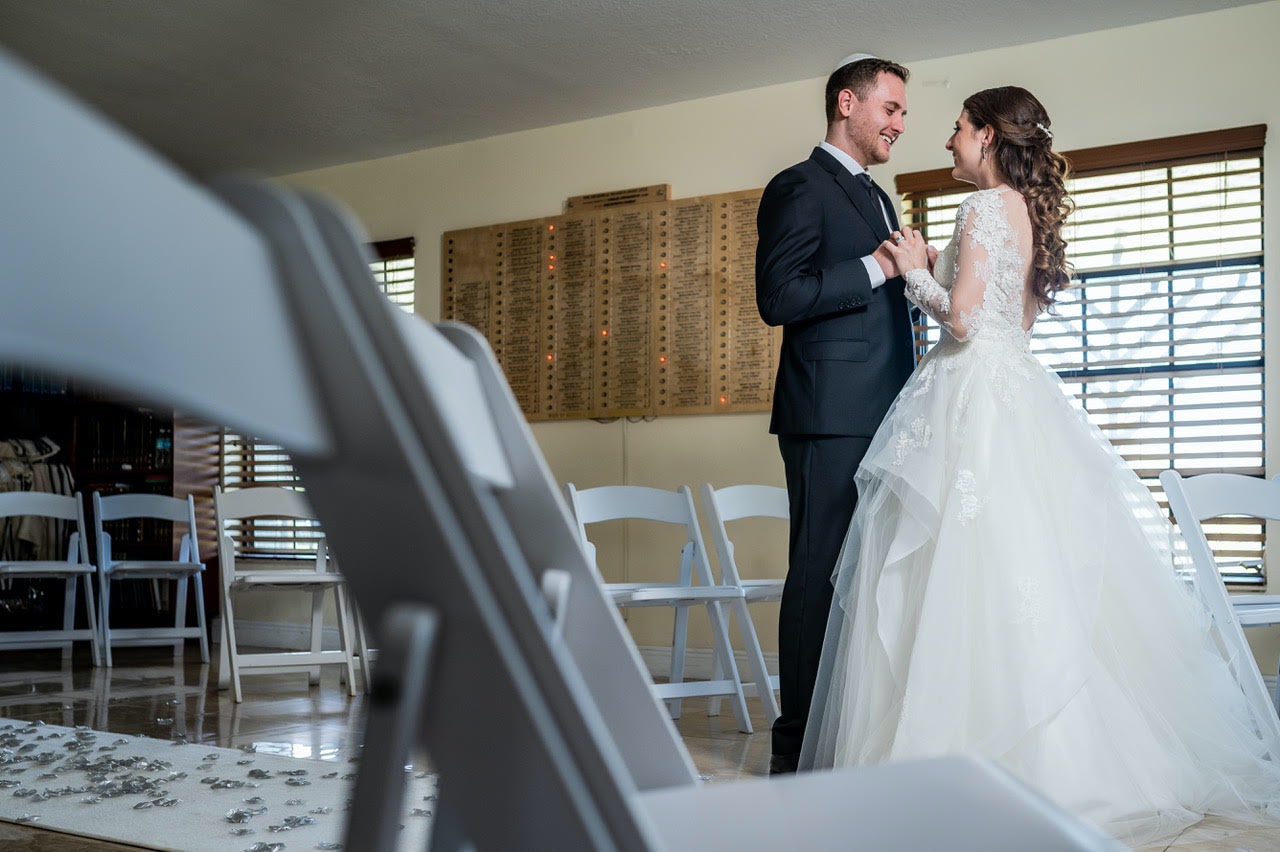 What’s your best piece of advice for people on dating apps?

CB: Don’t be scared to scare someone off by asking difficult questions. If it freaks them out, they’re not the one! Jesse and I were both not interested in dating just to date. If you’re serious about finding a partner, get all of the information you need to know if it makes sense to continue chatting and plan a date.

JZ: Values matter, and they should be talked about right away. It is easy to fall in love, but growing in love is where your shared values come in.