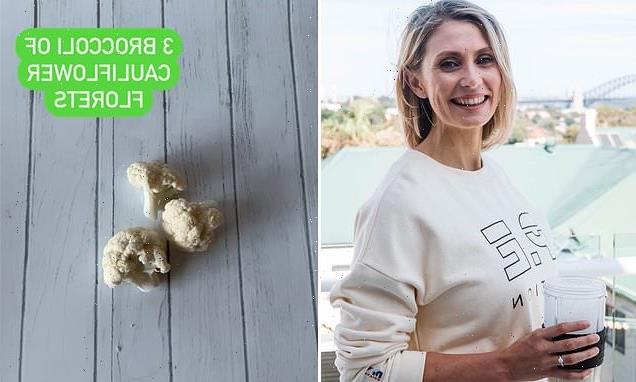 This is what a serving of vegetables actually means: Dietitian shows how easy it is to get your five a day – and it might surprise you

A dietitian has revealed exactly what a serving of vegetables looks like, and it might surprise you.

Chloe McLeod, from Sydney, said while we all know we need to eat five serves of vegetables each day, many of us don’t really know what a serving actually looks like.

‘When you see this, you might realise that hitting your daily veg goal is easier than you think,’ Chloe posted on Instagram.

‘A standard serve is about 75 grams, which looks like this.’ 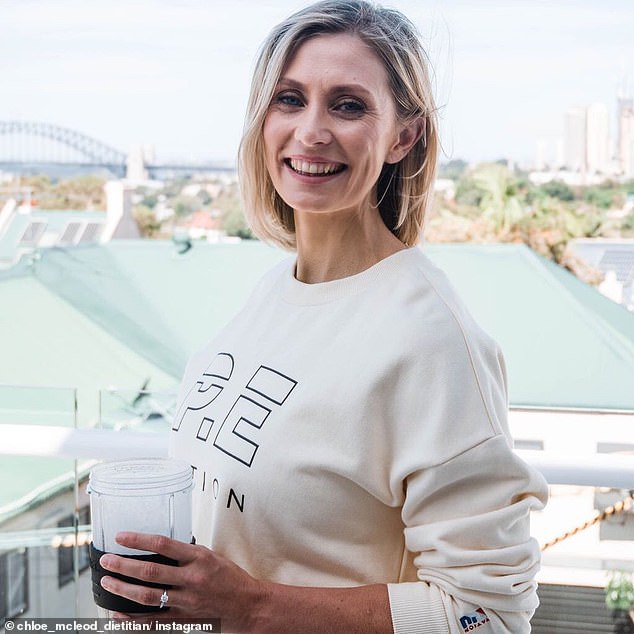 A dietitian has revealed exactly what a serving of vegetables looks like, and it might surprise you (Chloe McLeod pictured)

The dietitian showed that a single serving of vegetables is equivalent to half a cup of cooked green or orange vegetables, whether that’s broccoli, spinach, carrots or pumpkin.

This is roughly around three florets worth.

You could also choose to eat half a cup of cooked, dried or canned beans, peas or lentils (preferably with no added salt).

’75 grams is equivalent to half a cup of sweetcorn or half a medium potato or other starchy vegetables like sweet potato, taro or cassava,’ Chloe said.

Finally, one serving of vegetables is one medium tomato or one cup of chopped vegetable sticks. 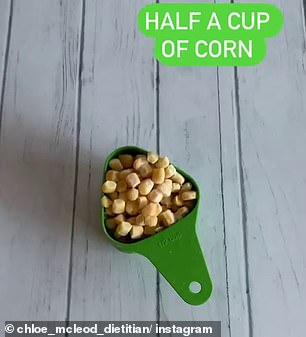 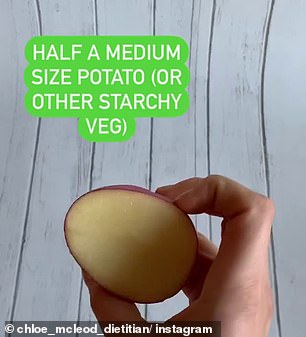 ’75 grams is equivalent to half a cup of sweetcorn or half a medium potato or other starchy vegetables like sweet potato, taro or cassava,’ Chloe said (pictured)

Hundreds who saw Chloe’s video said they were shocked and didn’t realise you had to eat so little to be healthy:

‘This is so much less than I thought,’ another added. 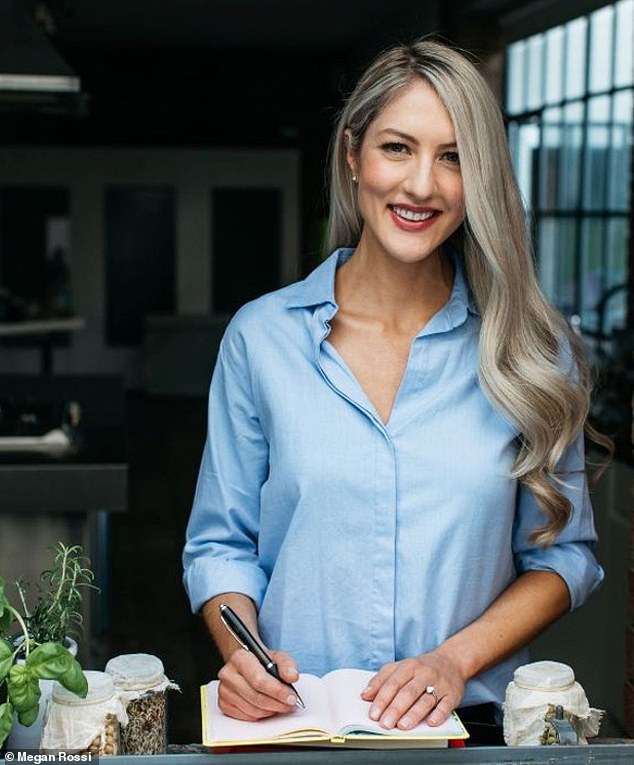 While it is commonly agreed that you need to hit around five servings of fruit and vegetables per day to be healthy, not everyone agrees that this is perfect.

That doesn’t just include fruits and vegetables, but anything that has been grown, such as seeds, spices and wholegrain.

Dr Rossi also believes that our diets should be derived from the six different plant groups: fruit, veg, seeds, nuts, wholegrains and legumes (such as lentils, chickpeas and beans).

‘Following these two principles will allow the trillions of bacteria that line your gut to flourish because each type of bacteria – and there are thousands of different strains – likes a different kind of plant food,’ she previously told MailOnline.

‘And as each bacteria does a different job – including producing vitamins, hormones or chemical messengers; training our immune system; helping regulate our appetite or deactivating toxins – each brings its own unique health benefits.’