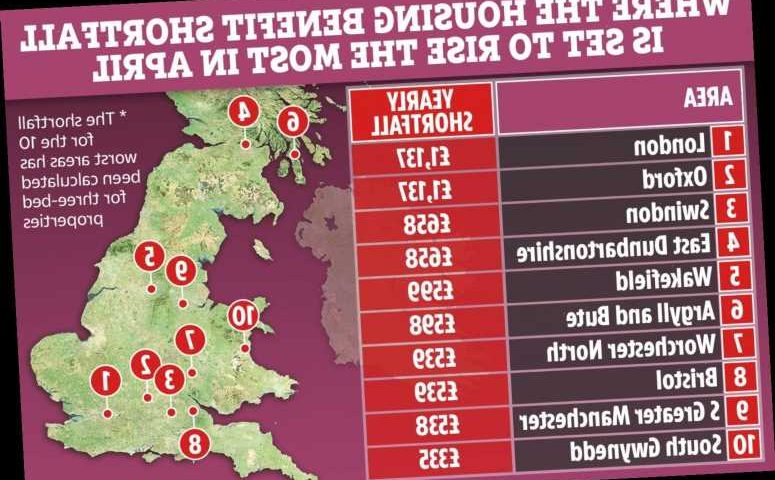 THOUSANDS of hard-up Brits will be left hundreds of pounds worse off due to a housing benefit freeze next month, according to research.

Housing benefit is given to households who are struggling to pay their rent due to unemployment or low income. 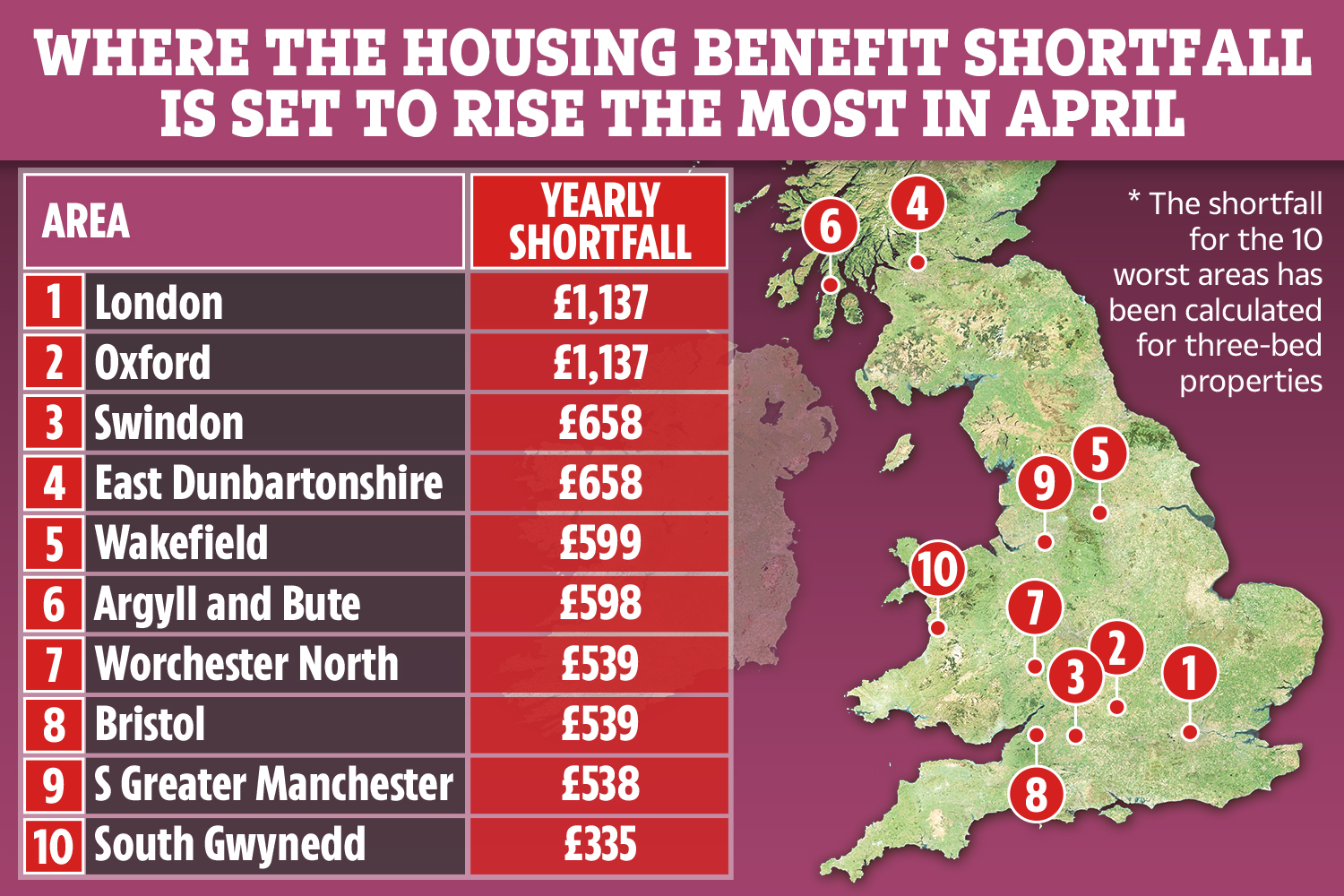 Currently, private renters are given support to pay for the cheapest 30% of properties in their area via the Local Housing Allowance (LHA).

But this level will be frozen from next month, meaning the percentage of homes that renters can afford will drop below the threshold over time, once you take into account the rate of inflation.

The announcement to cut housing benefit in real terms was slipped into the small print of Spending Review last year.

It means renters will receive the same amount of cash as the last financial year, even in areas where rents have gone up.

Who is eligible for housing benefit?

TO claim housing benefit you usually have to:

You won’t know exactly how much housing benefit you’ll get until after you’ve applied.

It also depends on if you're a private renter or living in a council accommodation.

For example, if you're a private tenant the amount you can claim is based on how many bedrooms you are thought to need for your household.

If you're unsure what you could be entitled to, use the Turn2us benefits checker.

If you already claim housing benefit, your money is typically paid every two or four weeks or monthly, depending on when your rent is due.

The way you get paid also varies depending on who you pay your rent to.

If you're a private renter, it will typically be up to you to make sure you pay your landlord the money out of the funds you receive

The freeze comes a year after Chancellor Rishi Sunak raised the LHA rate to help renters during the coronavirus pandemic.

Due to the change and rising rents, some tenants are set to lose more than £1,000 a year, according to a new analysis by the Observer.

It comes as almost 70% of private tenants on LHA were already left with shortfalls on their rent at the start of the pandemic.

The government said the 12-month freeze will protect payments to tenants in areas where rents are falling.

However, rents have reportedly risen in most areas.

According to the analysis, tenants in just 11 of the 193 areas across England, Wales and Scotland won't face rising shortfalls because of the benefit freeze.

The rate is calculated based on the number of rooms you need for your household and the amount you'll miss out on depends on rent rates.

For example, three-bed homes in Oxford and parts of London are facing the worst shortfalls of up to £1,137 a year from April.

Meanwhile, East Dunbartonshire is the worst area in Scotland, where shortfalls are set to rise by £658.

And in Wales, families in three-bedroom homes in South Gwynedd will face £335 shortfalls from next month.

However, tenants whose rents are below the cheapest 30% won't be affected.

Around 3million people claim housing benefit, according to the latest government figures.

Thomas Lawson, chief executive of poverty charity Turn2us, told The Sun: "The government did the right thing by finally re-establishing LHA allowance at the start of the pandemic, but to freeze it again within 12 months just takes us back to square one.

"The government must uprate LHA every year so people aren't left out of pocket and face the risk of homelessness."

While Polly Neate, chief executive of Shelter, added: "Over half of private renting households on Universal Credit don’t receive enough housing benefit to cover their rent – and April’s freeze will only see this chasm grow.

"In some places, the shortfall is already more than £100 a month."

The Sun has contacted Ministry of Housing, Communities & Local Government for comment.

A government spokesperson told The Observer: "We’ve put households at the heart of our decision-making throughout the pandemic, with a £352billion package keeping millions in work and temporarily bolstering the welfare safety net by more than £1,000 a year for families most in need.

Last week, the eviction ban was extended from March 31 until the end of May.

Initially billed as a short-term measure, the ban was issued in March last year to stop renters from being kicked out of their homes during lockdown.

We explain how to get help if you can't pay your rent.