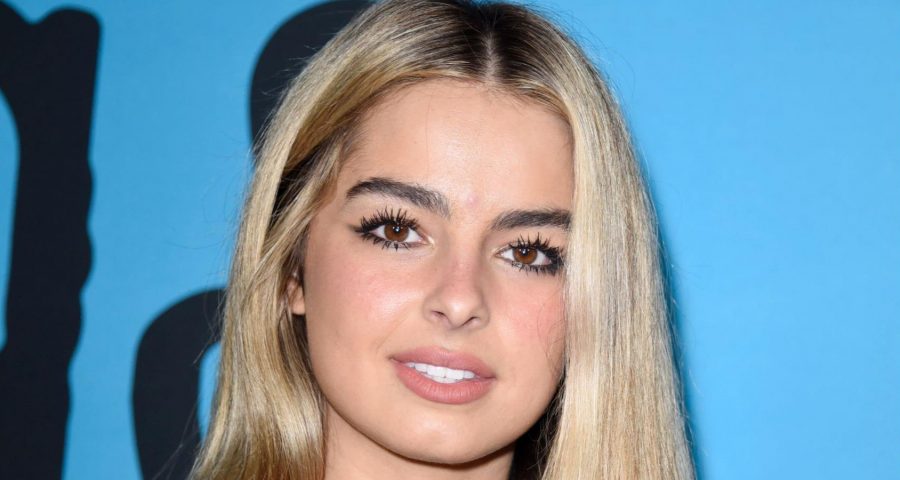 Just in case you’ve been living under a rock and by chance (and we mean a small chance) you haven’t heard the name Addison Rae, allow us to fill you in. Addison Rae Easterling is originally from Lafayette, Louisiana, and grew up being a competitive dancer. She started attending college at Louisiana State University but dropped out in November 2019 after she gained one million followers on TikTok. Soon after that, she packed up and moved to Los Angeles to start a career in the entertainment industry.

Now, at just 21-years-old, she is what the kids would call a true social media influencer and is recognized as a TikTok star. In fact, according to Style Caster, she was the third most followed person on Tiktok as of July 2021. Additionally, Forbes rated her as the number 1 highest-earning TikTok star in August 2020.

Her success has now gone beyond TikTok. She is represented by talent agency WME, has a partnership with American Eagle, a podcast with her mom, her own cosmetics line called Item Beauty, and her own clothing line. She is also a singer and an actress, recently starring in Netflix’s remake of 1999’s She’s All That, He’s All That. And on top of that, she reportedly makes $15,000 for her sponsored social media content, as she revealed on David Dobrik’s Views podcast. All of this adds up to an estimated net worth of $8 million as of September 2021, according to Money Inc.

So what does such a young woman with such huge success do with all her hard-earned cash? Let’s take a look at how Addison Rae spends her fortune.

Not many 21-year-olds can say that they are homeowners, but that doesn’t apply to Addison Rae. As reported by The Sun, Addison owns a $3 million home in Los Angeles. The 6,399 square foot pad has six bedrooms, seven bathrooms, a gourmet kitchen, and is topped off with panoramic views and an infinity pool. Of course, the primary bedroom has its very own fireplace, a spa tub, and a balcony that overlooks the backyard. It sounds like a home we would be very happy hanging out in.

Okay, so according to The Things, Addison’s Tesla was actually a gift from her dad, but she did repaint it, so it still counts. Addison’s Tesla (costs of which can range from about $39,000 to close to $80,000) was originally hot pink, but feeling that it attracted too much attention, the TikToker decided to repaint it so that she could be a little more incognito.

Just by taking a quick look at Addison’s Instagram, it’s easy to see that the girl does a fair amount of traveling. And, while we don’t want to jump to any conclusions, it certainly appears that a level of luxury is tied to these travel experiences. Addison enjoys traveling so much that in February 2020, she announced via Twitter that she wanted to have an ‘Addison Rae Travel The World Challenge’. Our bags are packed, and we’re ready to go.

In May 2020, Addison made a YouTube video giving fans insight into her nightly skincare routine. At the time, there were eight steps to her before bedtime ritual, and she used five different products. Anyone who knows anything about taking care of your skin knows that these products add up, and they add up fast. But they certainly seem worth it if they get you that Addison Rae youthful glow.

Somehow between TikTok, her clothing line, and making movies, Addison Rae finds time to give back to the community. In July 2020, Distractify reported that she would be participating in the #AllinChallenge, which aided families who were going through a challenging time as a result of the COVID-19 pandemic. To one lucky winner and two of the winner’s friends, Addison was offering a three-day, four-night stay in Los Angeles that included a trip to Disneyland with FastPass access, a visit to Universal Studios, and a $1,000 shopping spree. Very generous indeed.

Just as many people with money do, Addison seems to have taken an interest in investing. She got into the investment world in 2020 when she founded the aforementioned beauty brand, Item Beauty. She is also the brand’s current Chief Innovation Officer. On Item Beauty’s website, Addison shares that she started the company out of a desire to create a clean beauty line full of products that give a natural look so that users of the makeup could feel more like their true, authentic selves.

READ NEXT: Hollywood X TikTok: 8 TikTokers Who Were Seen In Hollywood Blockbusters