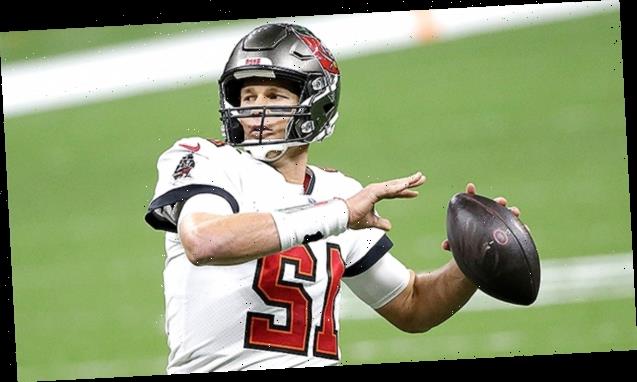 You don’t leave anyone – certainly, not Tom Brady – hanging. An NFL ref committed this high-five offense during a game, and even Tom got in on the fun of mocking this awkward moment.

The Tampa Bay Buccaneers’ 30-20 victory of the New Orleans Saints on Sunday (Jan. 17) was bittersweet for Tom Brady. On the one hand, Tom, 43, advanced to his 14th conference championship and is one win away from playing in Super Bowl LV. On the other hand – literally – Tom was left hanging in the middle of the game. At just under 5 minutes left in the fourth quarter, Brady plunged into the endzone for a touchdown. Feeling good and comfortable in the win, Brady walked over to a nearby ref and tried to get a high-five. The official snubbed Brady.

“That ref was rooting for the Saints…” one fan remarked when the clip hit Twitter. “That ref crazy. I would have high fived him. And sold his hand sweat on @ebay.” “The ref probably said ‘nah, I like my job.’” “TOM BRADY JUST TRIED TO GET A HIGH FIVE FROM A REF, I LOVE THIS MAN.” “Tom Brady shut down on a high-five. Just like old times.” Some fans made the expected “the refs are in Brady’s pocket” jokes (“Has to high five him. Gave him all those calls throughout his career” “weird his teammate isn’t high fiving him”) while other fans noted that if the ref had given Brady some love, he would have been axed.

Tom really took it all in stride. He shared SportsCenter’s tweet and added his own remarks. “I’m sure the twittersphere will only have kind things to say about this gesture. Everybody gets a high five!”

Despite the rejection from the ref, Brady has plenty to be excited about. In his first year as the Bucs’ quarterback, he’s taken the team to the NFC Championship game against the Green Bay Packers. Though the Packers are currently favored over the Bucs – Aaron Rodgers and Green Bay’s offense “tore apart the [LA] Rams’ top-ranked defense,” according to CBS Sports, it’s wise to never count Tom Brady out. Plus, Tampa Bay blew out Green Bay, 38-10, this season. Aaron, 37, will need to be on his game if he expects to recover from that humiliation and lead the Packers to Super Bowl LV. 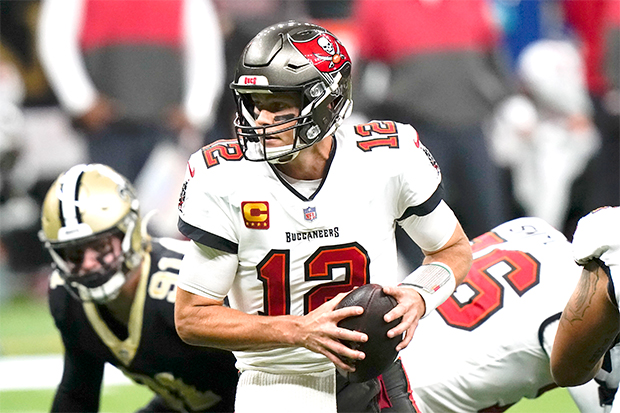 The Bucs-Saints game may be the last time that fans see Brady go up against Drew Brees. There is speculation that the 42-year-old Brees will retire, and after the game, he acted like this was his last time out on the field. “I’m gonna give myself an opportunity to think about the season, think about a lot of things, just like I did last year, and make a decision,” Drew said in a post-game news conference, per ESPN. “I’ll keep that to myself right now.”