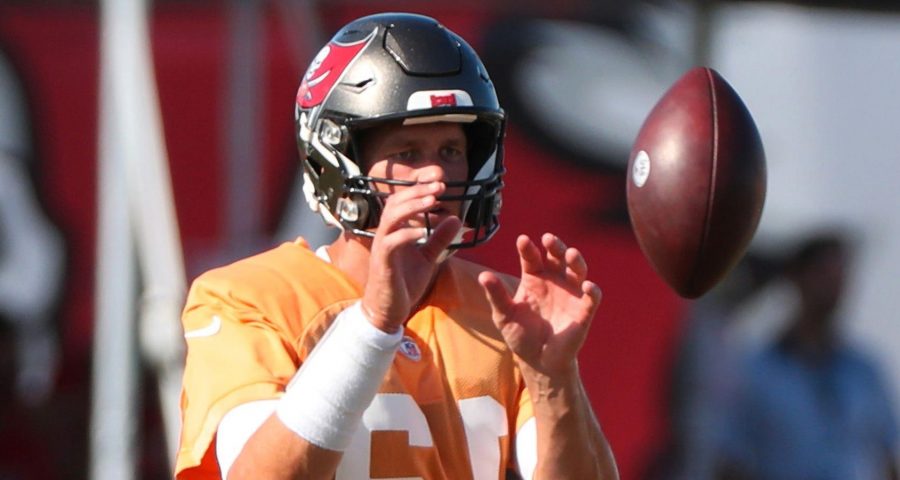 Tampa Bay Buccaneers quarterback Tom Brady is giving a fan one bitcoin in exchange for his 600th career touchdown ball. The fan, Byron Kennedy, mistakenly ended up with the ball and was reluctant to return it when the team asked. Instead, he negotiated with the Buccaneers before eventually giving the ball back to the team.

It happened last Sunday when Brady threw the 600th touchdown of his career, becoming the first quarterback in NFL history to reach the milestone. Unfortunately, wide receiver Mike Evans handed the ball off to Kennedy who was sitting in the crowd before realizing the significance of the score.

“He asked for the ball back. I didn’t really need the ball. It was cool, I got to hold it, take pictures with it. And then Tom Brady wanted it, so I gave it back.” Kennedy said of the experience.

But he didn’t just give the ball back without getting something in return.

The fan walked away from the negotiations with two signed jerseys and a helmet from Brady, a signed Mike Evans jersey & his game cleats, a $1,000 credit at the team store, and two season passes for the remainder of this season as well as next season, according to UPROXX.

But Brady decided to sweeten the deal by sending Kennedy a bitcoin, worth $62,000. The bonus is a nice tie-in for Brady who currently serves as a pitchman for the FTX cryptocurrency exchange.

But apparently, Kennedy should have held out for a better deal.

Sportico got in contact with Ken Goldin, founder of Goldin Auctions, who estimated that Brady’s 600-touchdown ball is worth at least $500,000. Goldin said that most fans don’t understand the market value for these items. Trading cards typically receive more mainstream media attention than sports memorabilia, although it can often be worth more.

“It’s a once-in-a-lifetime experience,” Goldin told Sportico. “And I wonder if the fan even knew the significance of the ball when it was handed to them.”

But Brady believes the fan did alright all things considered, “I think it worked out,” Brady in an interview. “I am also giving him a Bitcoin. That’s pretty cool too. At the end of the day, I think he’s still making out pretty well.”

READ NEXT: ESPN Looking To Venture Into Sports-Betting Business With $3 Billion Deal