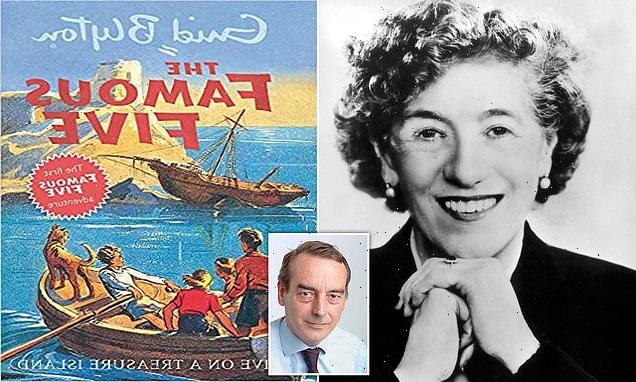 TOM UTLEY: Enid Blyton lit up my childhood. But what’s so wrong with saying she also stoked controversy? 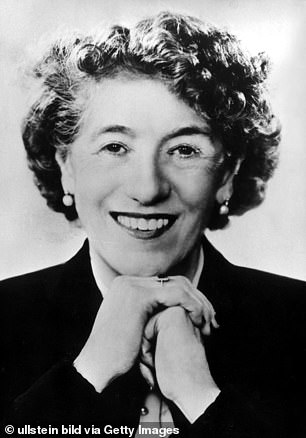 God help us all, what have the idiotic warriors of wokery been up to now? Such was my immediate thought when I read yesterday’s headlines, proclaiming that English Heritage, the blue plaque people, had ‘cancelled’ Enid Blyton on account of her racism, xenophobia, sexism and homophobia.

Like millions of my generation all over the world, I was brought up on the adventures of the Famous Five and the Secret Seven (Malory Towers, Blyton’s tales of a girls’ boarding school, was too sissy for my taste). To this day, the very cover illustrations of Blyton’s books evoke the happiness of my 1950s childhood more vividly than any concrete memories of my life as I actually experienced it.

Never mind that we lived in central London for the first ten years of my existence. I was that boy in the shorts, rowing out to the mysterious wreck on Treasure Island. I was there in the cave at Smuggler’s Top, eavesdropping on the villains with my fellow gang members.

Life for me in the 1950s, as I look back through my rose-tinted spectacles from this distance of six decades, was an endless series of happy holidays by the seaside, picnics in sun-dappled forests and fun, fun, fun.

Such was the captivating appeal of Blyton’s books that their spirit has stayed with me ever since, supplanting some of the harsher realities of those post-war years when austerity really did mean austerity, even for a comparatively privileged middle-class boy like me.

But oh, no, say the woke warriors of the modern age. I should not have enjoyed Blyton’s immensely popular stories for what they appeared to be — harmless, escapist adventures to fire a child’s imagination and instil a habit of reading. Had I been properly educated, they say, I would have been alert to one or two thoroughly offensive characteristics of her work.

Some of today’s self-appointed guardians of correct thinking are so shocked by Blyton’s outdated attitudes that they have cleared school libraries of her books. Others say that no parent should ever allow a child to read anything she has written, while extremist enthusiasts for the cancel culture have argued that all her output should be burned and never reprinted. 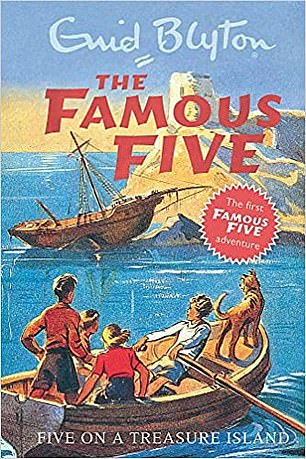 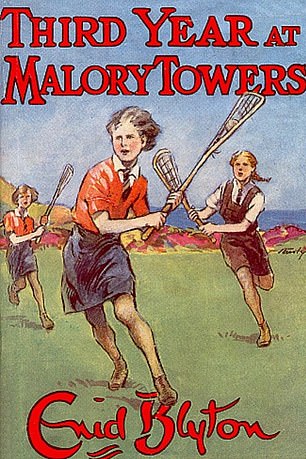 TOM UTLEY: ‘To this day, the very cover illustrations of Blyton’s books evoke the happiness of my 1950s childhood more vividly than any concrete memories of my life as I actually experienced it.’ Pictured: The Famous Five (left) and Malory Towers (right)

So my heart sank when I read yesterday’s headlines suggesting that English Heritage, supposedly the custodians of the nation’s past, had joined the massed ranks of pusillanimous institutions which have kowtowed to the statue-topplers, knee-takers and history re-writers of the Black Lives Matter movement. It was only when I read further that I began to change my mind.

Now, I know that what I have to say will enrage many readers who shared my childhood delight in reading Enid Blyton’s stories and, like me, find most manifestations of wokery profoundly irritating.

Some, indeed, have declared that they will cancel their membership of English Heritage, just as so many stopped their subscriptions to the National Trust when it bowed to BLM by vilifying many of its most generous donors. Others say its public funding — £169 million since its foundation, and counting — should be cut off.

But hang on. The more I think about the quango’s behaviour, the more I wonder what all the fuss is about. After all, what has it actually done that so many believe to be so very wrong? One thing it has not done, I’m pleased to report, is pull down its blue plaque marking the house in Chessington, Greater London, where Blyton began her writing career when she lived there as a governess from 1920 to 1924. That would have been insufferably annoying — and quite impossible to justify.

Blue plaques, after all, do not imply approval of the people named on them, but merely mark the places where famous or otherwise influential people lived or worked. Saints and sinners alike are awarded them — and nobody should object to that.

No, all that English Heritage has done is add two paragraphs to its online notes about Blyton, which are intended for those who are interested to know more about the people named on their plaques, beyond the bald fact of where they lived. 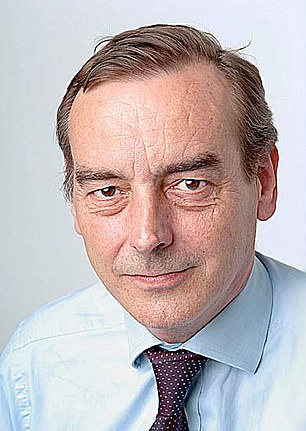 Headed ‘Racism in Blyton’s Work’, the addition begins: ‘Blyton’s work has been criticised during her lifetime and after for its racism, xenophobia and lack of literary merit.’ All perfectly true. Her work has long been so attacked.

It goes on: ‘A 1966 Guardian article noted the racism of The Little Black Doll (1966), in which the doll of the title, Sambo, is only accepted by its owner once his ‘ugly black face’ is washed ‘clean’ by the rain.’

True again. The Guardian did draw attention to that passage, which was quite obviously offensively racist — and not just by today’s standards.

The website is also accurate in pointing out that in 1960, the publisher Macmillan refused to publish Blyton’s story The Mystery That Never Was for what it called its ‘faint but unattractive touch of old-fashioned xenophobia’. And it is right again when it records that in 2016, Blyton was rejected by the Royal Mint for commemoration on a 50p coin because, the advisory committee minutes record, she was ‘a racist, sexist homophobe and not a very well-regarded writer’.

In conclusion of its potted biography, English Heritage notes, with equal truth: ‘Others have argued that while these charges can’t be dismissed, her work still played a vital role in encouraging a generation of children to read.’

I repeat: What’s so wrong about this?

True, the quango’s decision to add those paragraphs, written from a distinctly modern perspective, carries a strong whiff of Leftish kowtowing to BLM. It could also be argued that by devoting two out of a mere seven paragraphs of a potted biography to repeating attacks on Blyton, EH gives undue weight to the minus side.

Nor is there any mistaking the lofty sneer behind those two disparaging references to Blyton’s literary merit. Come along, guys, she may not have been Shakespeare or Tolstoy. But her books have sold more than 600 million copies in 90 languages — with millions more flying off the shelves every year (though often in clunkily sanitised versions for today’s market). She must have had something, do admit.

As countless others like me can testify, what she had was magic. Though her plots may have been unsophisticated, and her characters less than subtly drawn, she had an extraordinary gift for keeping the young gripped. Whether the Left likes it or not, children throughout the world, of every colour and background, can’t get enough of Blyton’s thrilling but safe, idyllic middle-class world, in which virtue is always rewarded and the goodies never fail to triumph over the baddies.

All that said, however, much of what she wrote makes exceedingly queasy reading today. Her villains — among them ‘gypsies’ and ‘tinkers’ — tend to have swarthy skin and foreign accents. Her mothers do all the housework, while the fathers do the important jobs. That’s not to mention the names of some of her characters — the imp called ‘Chinky’ or the black dolls in The Three Golliwogs, named ‘Golly’, ‘Wolly’ and the N-word.

I can’t pretend to have noticed these offences against the feelings of minorities when I was reading the books in my childhood. Nor do I believe that any child today is seriously likely to be turned into a sexist, racist brute by reading them now.

Yet it’s surely not unreasonable to argue that no potted biography of Enid Blyton would be complete without pointing out that some of her extraordinarily prolific writing raised serious disquiet during her lifetime, while her attitude to race leaves a particularly nasty taste today.

So, no, I will not join the chorus of the quango’s critics, who say this is yet another example of ‘political correctness gone mad’. The blue plaque is staying up. Blyton’s huge popularity with children is acknowledged, along with her promotion of literacy, with no attempt made to airbrush her out of history.

All that has happened is that EH has offered a little more information about the woman behind the plaque, in keeping with its mission to ‘retain and explain’. Isn’t this a rare instance of political correctness gone moderately sensible, for a change?