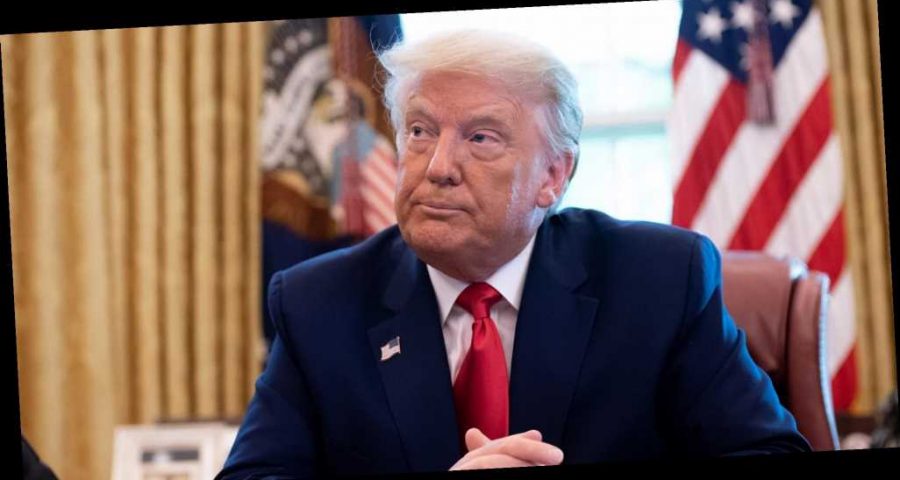 Twitter has removed President Donald Trump's two most recent tweets in what may be the social media platform's first-ever explicit censoring of the president. Several Twitter users noticed that Twitter removed the president's tweets and replaced them with a disclaimer, "This Tweet is no longer available," and a link to learn more about the site's policy on the violation of Twitter Rules.

"We are also exploring other escalated enforcement actions and will keep the public updated with any significant developments," Twitter Safety's official feed wrote.

Twitter Safety also added that Trump's account would be locked for 12 hours after he removes the tweets. However, if he doesn't remove it, his account will remain locked indefinitely.

"This is an emergency situation and we are taking appropriate emergency measures, including removing President Trump's video," Guy Rosen, Facebook's Vice President of Integrity, said in a tweet. "We removed it because on balance we believe it contributes to rather than diminishes the risk of ongoing violence."

The action comes after Facebook said that it would be "actively reviewing and removing any content that breaks these rules."

"The violent protests in the Capitol today are a disgrace," Andy Stone, a Facebook spokesman, said in a statement. "We prohibit incitement and calls for violence on our platform."

CNBC reports that YouTube removed the clip because the platform determined that it violated policies of "alleging widespread fraud changed the outcome of the 2020 U.S. Election." YouTube will allow copies to be uploaded "if uploaded with additional context and sufficient educational, documentary, scientific, or artistic value."

Alex Stamos, Facebook's former chief security officer, said that it's the right time for both Twitter and Facebook to limit Trump's reach.

"Twitter and Facebook have to cut him off," Stamos wrote. "There are no legitimate equities left and labeling won't do it."