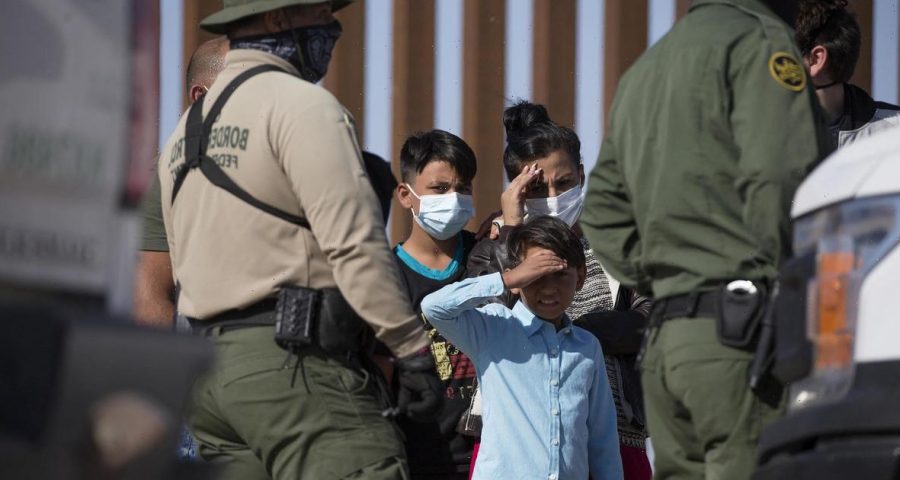 As part of negotiations in a federal court case, the Biden administration has agreed to allow up to 7,750 asylum-seekers stranded in Mexico to enter the U.S. each month, the top American Civil Liberties Union lawyer overseeing the lawsuit told CBS News Monday.

Under the new agreement, the Biden administration has committed to processing up to 250 asylum-seekers deemed to be vulnerable by advocacy groups on a daily basis and permitting them to continue their legal cases on American soil.

Those eligible would be exempted from the Title 42 policy, a Trump-era public health edict under which most single adult migrants and some families with children continue to be expelled from the U.S. without a chance to seek asylum.

The Department of Homeland Security (DHS) has been making humanitarian exceptions to the Title 42 rule for months. However, under the agreement, the Biden administration committed to creating “a streamlined process for assessing and addressing” requests to allow vulnerable families with children and adults to enter the U.S., according to Lee Gelernt, who has been leading negotiations on behalf of the ACLU.

Recently, U.S. border officials have been allowing no more than 35 migrant families deemed to be vulnerable in Mexico to enter the U.S per day. So far, 2,000 asylum-seekers have been admitted into the U.S. through the ACLU’s negotiations with the Biden administration, Gelernt added.

Families and individuals allowed to legally enter the U.S. under this process are given appointments to show up at designated ports of entry. They are also tested for COVID-19 while in Mexico, prior to entering the U.S.

The expansion of the admissions process for asylum-seekers without pending U.S. cases is the latest concession the Biden administration has made in its negotiations with the ACLU, which sued the government in a bid to halt the expulsions of migrant families under the Title 42 public health authority.

Last week, CBS News reported that U.S. officials had stopped the practice of flying migrant families encountered in south Texas hundreds of miles away to El Paso or San Diego for the purpose of expelling them to Mexico.

While Customs and Border Protection (CBP) said it had discontinued the flights based on operational needs, Gelernt on Monday confirmed the Biden administration agreed to suspend the policy as part of the negotiations. Gelernt noted the government reserved the right to restart the flights “if it deems the circumstances warrant.”

During a hearing before a Senate committee last week, Senator Josh Hawley, a Republican from Missouri, pressed DHS Secretary Alejandro Mayorkas on whether DHS had stopped the flights “due to the pressure of leftwing groups” and suggested the Biden administration could be engaged in “friendly litigation” with the ACLU.

Mayorkas denied both charges, saying DHS does not make policy decisions because of outside pressure.

“I’ve been a lawyer now for 35 or so years. ‘Friendly litigation’ is a phenomenon with which I’m completely unfamiliar,” Mayorkas added.

Representatives for DHS did not respond to questions posed by CBS News late Monday. The department previously acknowledged it was working to “streamline” a program to process vulnerable asylum-seekers.

In February, the ACLU agreed to pause a separate lawsuit over the expulsions of families to negotiate with the Biden administration. The suspension has been extended multiple times to give the parties more time to negotiate, but Gelernt said the ACLU’s position is that Title 42 should be dismantled in its entirety.

“While these concessions will hopefully save lives, they are not a substitute for eliminating Title 42 and restoring asylum processing fully,” Gelernt told CBS News.

The process that the Biden administration has committed to expanding is separate from another program that has led to the admission of more than 10,000 asylum-seekers who the Trump administration had previously required to wait in Mexico for their court hearings.

Unlike those asylum-seekers processed under the draw down of the Trump-era Remain-in-Mexico policy, the migrants benefiting from the Title 42 exemptions do not have pending court cases, as they were never allowed to seek U.S. refuge.

Despite the exceptions, Biden administration officials have said they will continue the Title 42 policy for the foreseeable future, repeatedly declaring the southern border “is closed.”

During President Biden’s first three full months in office, U.S. officials carried out more than 295,000 Title 42 expulsions along the southern border, expelling 49,000 migrant parents and children traveling as families, according to government data.

In recent weeks, however, U.S. border agents have been allowing most families to stay in the U.S. while their cases are adjudicated, blaming Mexico for refusing to accept families with children under the age of 7 in the state of Tamaulipas.

About 65% of the families encountered in April were processed under U.S. immigration laws, rather than expelled under the Title 42 public health authority.