Victoria’s Police and Emergency Services Minister Lisa Neville has delayed her return from illness to August, revealing she spent a week in intensive care after surgery in an episode that gave her a “very real scare”.

Ms Neville, one of the Andrews government’s most senior ministers, was due to return at the end of this month after taking leave when she was admitted to hospital with a flare-up of Crohn’s disease in February. 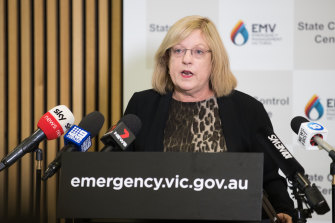 In a statement on Friday, she said she had undergone surgery twice in April with her small bowel in a “critical condition” prior to the initial operation on April 6.

Crohn’s disease is a chronic auto-immune disease that Ms Neville was diagnosed with 32 years ago, causing inflammation in the digestive tract that can lead to severe pain, malnutrition, weight loss and diarrhoea.

The member for Bellarine, near Geelong, revealed in her statement that she was readmitted to hospital in late May, six weeks after her second surgery, to control her ongoing symptoms.

She has since been receiving weekly infusions to give her body the nutrients it is struggling to keep following the removal of part of her small bowel.

“I am working hard to rebuild my physical and mental strength, after so long battling this flare-up and the toll the surgeries and complications have taken,” Ms Neville said.

“To say this experience shook me is an understatement. Particularly my week in ICU. Despite the best possible medical care, finding out I had reached that level of seriousness gave me a very real scare.”

Ms Neville, whose portfolio oversees hotel quarantine, previously said this had been the worst flare-up of her life and stress is known to exacerbate the complications of Crohn’s disease.

“I miss work, but these jobs are not something you can do part-time,” she said in her statement on Friday. 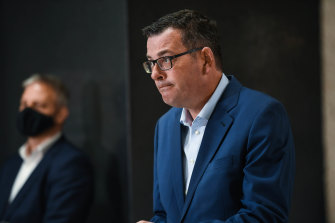 “You have to be able to give it your all. As frustrating as it is, I am just not at that point yet.

My goal is to take the next few weeks to get on top of these post-surgery impacts and focus on my medical team’s plan to get my medication right, so I can be confident I can come back at full strength.”

Her announcement comes ahead of Premier Daniel Andrews’ return to work on Monday following three months out with a fractured spine and ribs. He will not face Parliament until it returns on August 3 after a five-week winter recess.

Danny Pearson has been the acting Police and Emergency Services Minister in Ms Neville’s absence. He answered questions on the state’s emergency response to the storms in the Dandenong Ranges and Gippsland areas in Parliament this week and has been the minister in charge of COVID-19 Quarantine Victoria, the government agency that operates hotel quarantine.

Ms Neville revealed she had been experiencing chronic diarrhoea, “a common complication of this surgery and one suffered by many people with Crohn’s, although one not often discussed openly”.

“I want to thank everyone who has reached out to me during this time – particularly Crohn’s sufferers, for their letters and emails sharing their individual journeys. Some are like mine, some are so much worse,” she said.

“It is clear we need to do more to talk about this silent and often invisible disease – and I intend to help in this regard.”