The victor of Saturday's federal election will confront flatlining wages growth with signs the pressure on household incomes is failing to abate despite a tight jobs market.

The Australian Bureau of Statistics on Wednesday reported wages grew by 0.5 per cent in three months to March, slightly below market expectations, with the annual rate stuck at 2.3 per cent for the third consecutive quarter. 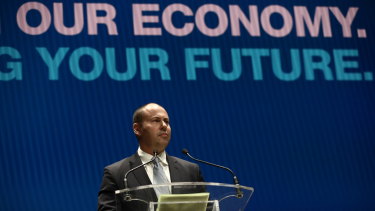 Treasurer Josh Frydenberg said there were positive signs for wages in some sectors such as education and health.Credit:Dominic Lorrimer

Of the 18 industry sectors compiled by the ABS just one, health and social assistance, has wages growing faster than its long term average.

While the private sector reported its strongest annual growth in four years, public sector wages – which covers bureaucrats to police officers and teachers – reported a 0.4 per cent increase, the lowest in 19 years.

Both the Reserve Bank and the Treasury had been expecting a slight lift in wages growth with the federal budget increasingly dependent on wages improving well above 3 per cent over the coming 18 months.

Treasurer Josh Frydenberg said there were positive signs for wages in some sectors such as education and health, adding that growth had picked up from a year ago.

"In real terms, after taking into account inflation, wages are growing at nearly twice the historical average," he said.

But Opposition Leader Bill Shorten, who has used much of the election campaign discussing low wages growth, said the figures again proved the Coalition had no agenda to help increase incomes.

"The government seems to think that what's happening now is good enough. It's simply not. This is why we want modest but meaningful improvements," he said.

"The government seems to think that it is good enough now that Australian households have to dip into savings just to maintain their standard of living."

Annual wages growth in NSW slipped 2.3 per cent while they were steady at 2.7 per cent in Victoria where public sector wages are strongest. WA remains the weakest state in the country with growth there at 1.6 per cent.

Centre for Future Work director Jim Stanford said since 2013, wage growth had averaged about 2 per cent a year, the slowest sustained rate since the end of World War Two.

He said the only substantial growth was due to the 3.5 per cent boost to the national minimum wage implemented last July.

"That increase immediately lifted pay for over 1 in 5 Australian employees, including those whose wages are set under the awards system, which single-handedly lifted the overall average pace of wage growth by almost 0.75 percentage points," Mr Stanford said.

TD Securities senior analyst Annette Beacher said the figures on top of the low rate of inflation pointed to the ongoing issues facing the economy and the Reserve Bank's forecasts. 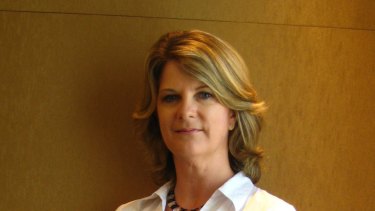 "A third consecutive 2.3 per cent year-on-year challenges the RBA base case that wage growth is expected to gradually improve. In reality it has stopped dead," she said.

But the survey showed when consumers only considered current financial situations rather than future expectations, confidence fell over the past month.