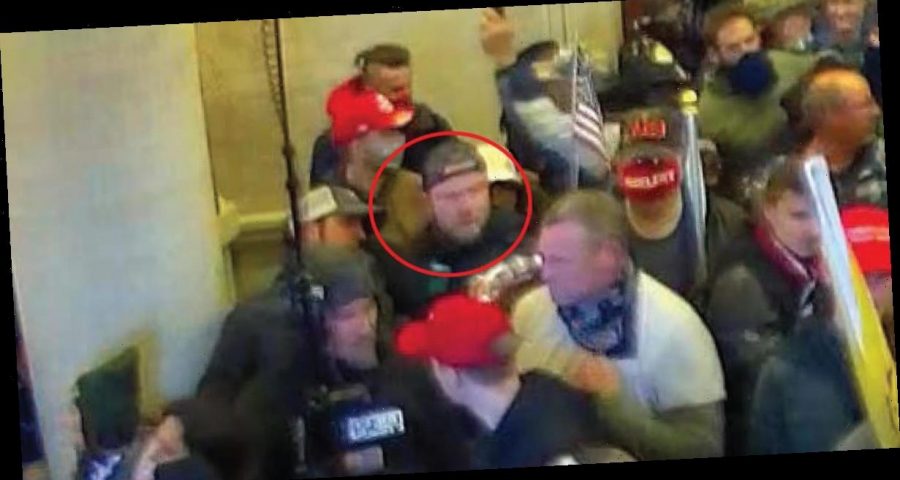 Authorities have arrested two organizers for the far-right group the Proud Boys, charging them with conspiracy in a new criminal indictment unsealed Friday. Prosecutors say the men used paramilitary gear, handheld radios and encrypted messaging applications to coordinate with other Proud Boys before and during the attack.

Authorities indicted Zach Rehl, 35, of Pennsylvania and Charles Donohoe, 33, of North Carolina, and say both men are presidents of their local Proud Boys chapters. They were named as co-conspirators in a new criminal indictment that also charges two other Proud Boys leaders: Joseph Biggs, an Army veteran and self-described Proud Boys organizer who was arrested in January, and Ethan Nordean, a member of a Proud Boys leadership group known as the Elders, and also a president of his local chapter. Nordean was indicted earlier this month.

Prosecutors said the four defendants participated in an encrypted chat with at least 60 other people during the attack, and some used programmed handheld radios to communicate in real time.

The Proud Boys, a nationalist group self-described as “Western Chauvinists,” have vocally supported former President Trump, and law enforcement and former members have said Mr. Trump emboldened their actions after he told the group to “stand back and stand by” in a September presidential debate.

With the arrests of Donohoe and Rehl, federal prosecutors have now charged at least 16 Capitol rioters who they said in court documents were associated with the Proud Boys.

Prosecutors described defendants’ social media posts from the fall, which indicated they believed the election was stolen from Mr. Trump.

Later that month, Rehl wrote, “Hopefully the firing squads are for the traitors that are trying to steal the election from the American people.”

Court documents show that the men began to plan for travel to Washington, and started crowdfunding pages to pay for expenses like “protective gear and communications” and “Travel Expenses for upcoming Patriot Events.” A campaign for travel expenses raised over $5,500 donations between December 30 and January 4.

Prosecutors said that at different times, all four defendants reiterated the message that group members should avoid wearing the Proud Boys’ signature colors of black and yellow. The government said that by doing this, they were “scheming to evade detection by law enforcement.”

The day before the attack, prosecutors said, a new encrypted messaging channel titled “Boots on the Ground” was created for communications by Proud Boys members who were in D.C., which included over 60 users, including Nordean, Biggs, Rehl and Donohoe.

The evening before the attack, someone posted a message urging members to meet at the Washington Monument at 10 a.m. on January 6. The message read, “Details will be laid out at the pre meeting!”

Biggs wrote in an encrypted chat that he just spoke with the chairman of the Proud Boys. “We have a plan,” he said.

On the day of the attack, prosecutors said, Nordean, Biggs, Rehl and Donohoe were part of a crowd that dismantled and stormed past multiple police barricades and entered the U.S. Capitol.

In a video, prosecutors say Biggs can be seen entering the Capitol less than 20 seconds after a door was breached by the crowd. In the video, he said, “This is awesome!”

After the attack, the four defendants celebrated on social media and in encrypted chat messages, prosecutors said.

Rehl posted a message that said, “I’m proud as f*** what we accomplished yesterday, but we need to start planning and we are starting planning for a Biden presidency.”

Donohoe said, “We stormed the capitol unarmed.” He added, “And we took it over unarmed.”

The four defendants were indicted on six counts for crimes including conspiracy, as well as charges related to obstruction of an official proceeding, obstruction of law enforcement, destruction of government property and disorderly conduct in restricted areas.

More than 20 defendants facing federal charges in the Capitol riot have so far been charged with conspiracy, including ten members of the extremist group the Oath Keepers, who were indicted as co-conspirators and accused of coordinating before and during the attack.