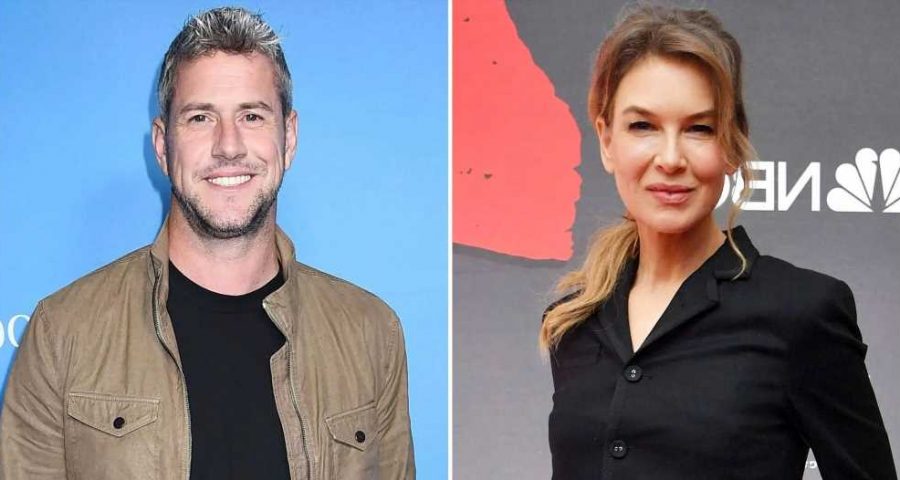 A lifelong plan! Ant Anstead and Renée Zellweger ​”are so happy and super excited to be mapping out their long-term future together,” a source exclusively reveals in the latest issue of Us Weekly.

The Wheelers and Dealers alum, 43, and the Academy Award winner, 53, have “deliberately downplayed wedding talk even though it’s something they’ve both been leaning toward for a while,” the insider adds. “They’ve taken their time to do this right, living in separate houses and not rushing into anything. They’re trying not to get too far ahead of themselves and are both extremely private when it comes to their exact arrangements, but friends think an engagement could be very soon.”

As their relationship continues to progress, “Ant is selling his home because he is ready for something new,” a second source tells Us, while noting that the two are “not moving in together at this time. “They are still going strong,” the insider adds, noting that the reality star is currently storing some of his belongings at his girlfriend’s house.

The couple first sparked relationship rumors in June 2021, the same month Anstead and ex-wife Christina Hall (nee Haack) finalized their divorce. The exes, who share 3-year-old son Hudson, were married for less than two years when the Flip or Flop alum, 39, announced their split in September 2020.

Christina Haack and Ant Anstead’s Custody Battle: Everything We Know

Anstead and Zellweger appeared to confirm their romance while kissing in public in July 2021, one month after rumors began swirling that the two were an item. later when kissing in public. “You can tell he’s in a good spot in his life — he’s super happy,” a source exclusively told Us about the England native’s mindset at the time.

The pair first met on the set of Celebrity IOU: Joyride — the Chicago actress as the star guest and Anstead as the host. “Sometimes things come to you at the right time, and actually the right time is often the most unexpected,” he told Entertainment Tonight in August 2021, gushing over his love.

“Renée in particular, she doesn’t give herself freely outside of movies. She’s a very private person and that’s something I really love about her,” he shared. “I love that she can weld. You get to see a side of her that was really real, and she really shared that, and I think that applies to all the celebrities.”

Despite the happiness in Anstead’s life with Zellweger, he is also in the midst of major drama with Hall. The two have been involved in a very public — and very messy — custody case over Hudson ever since the For the Love of Cars alum filed for full custody of their little one in April while lobbying multiple accusations at his ex. In September, he accused Hall of exploiting their son on social media and reality TV, which she subsequently denied. The following month, however, Hall agreed to no longer film Hudson for her TLC series and announced she would no longer be sharing photos of him on social media.

Weeks later, Ant — who also shares daughter Amelie, 19, and son Archie, 16, with first wife Louise Anstead — made headlines for sharing footage of Hudson via Instagram after he explicitly fought Hall not to.

“It’s actually an interesting legal anomaly that I am seeking to change. While Coogan’s law protects kids it doesn’t cover ‘reality’ TV or social media,” he explained to a follower who questioned why he shared a photo of Hudson. (Coogan’s Law is a California law that requires a portion of child actors’ earnings to be set aside in a protected trust account.) Anstead also teased that he’s “been working on a secret project that dives into this.”

The television host continued, “Hudson will see a father protecting him when he had no voice, his childhood is not for sale. … As a parent, I have no worry in shouldering the cost to protect him.”

For more on Ant and Zellweger’s relationship, watch the video above and pick up the latest issue of Us Weekly, on newsstands now.