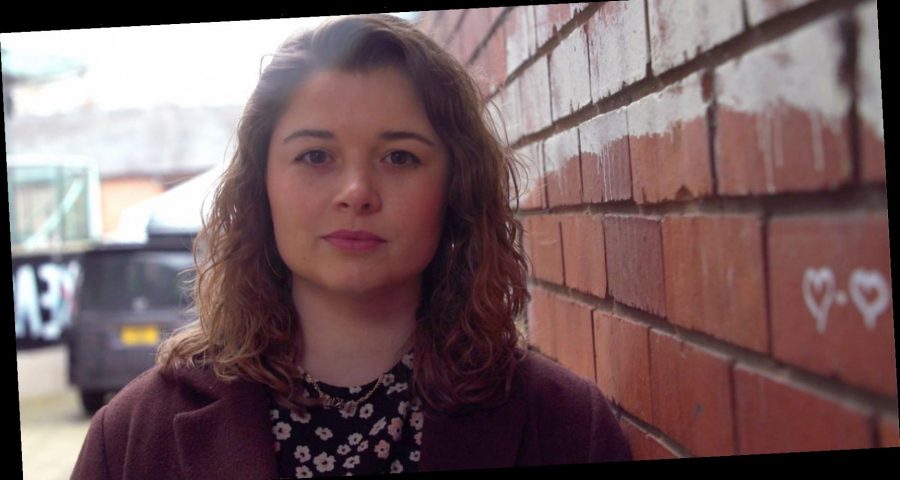 When Ruby, 28, found intimate images of herself online, she felt violated and betrayed. Now, she is turning her experience into action and calling for the law to better support victims.

It was during a lockdown walk with her dad and brother that Ruby, 28, received an Instagram message from a friend saying that intimate pictures of her had been posted online.

With her phone signal too poor to load them herself, she was left panicking about the possibilities as she hurried home: what were the photos and who had posted them?

“I went into fight or flight mode, just terrified and confused thinking through what it could be,” she says. “I’d had a few relationships but they’d ended on good terms. So all these things were just going through my head, like ‘is somebody targeting me?’”

Ruby is campaigning for better support for victims

For Ruby, the news of such an offence didn’t come entirely as a shock. She had initially heard about the existence of a website sharing images – alongside information about employers and families – of women and girls in her town six months earlier, when a friend had been alerted to her own pictures on the site.

“She was really distressed as the pictures were very explicit; they were of her and her current partner and they hadn’t been shared anywhere beyond that relationship,” Ruby tells Stylist. “It seemed like she’d been the victim of a hack.”

When she returned home from her walk months later, Ruby found that the images of herself on the same site had been taken 10 years earlier, on a girls’ holiday when she was 17.

They had apparently been saved at the time from a private Facebook album which had been deleted after one month. “It felt like a violation because at that point, I maybe only had 400 friends on Facebook and all my albums were set to ‘friends only’,” she explains. “So it was someone I knew – someone I would have considered close enough to be a social media friend.”

The pictures – which showed her joking around with a small towel, and without a bikini top on as a friend applied sunscreen – were less explicit than many others on the site, but still left her feeling violated and vulnerable.

Once in a local post office she felt distressed when she noticed a group of men in their early 20s enter. “I’m quite a confident person but I suddenly felt really paranoid thinking about whether they’d seen the photos, and I had to leave,” she recalls. “I felt completely trapped in the post office and I just needed to get out of there.”

“On a personal level, it can be devastating. Some women in our coalition stopped leaving the house, entirely removed themselves from online platforms, and even dealt with suicidal thoughts.” And on a societal level, she points out, Amnesty International has coined the term ‘the silencing effect’ to describe how many women targeted by online abuse find themselves retreating from online life.

It was effects like these that Ruby hoped to support other women through when she decided to set up a WhatsApp group for victims in her area. Many of those who featured on the site had made police reports with varying levels of response and action, but a group chat allowed them to share advice and progress, as well as helping each other through the personal impacts of the abuse they had suffered.

“I want much more focus on potential perpetrators rather than potential victims,” she says. “There’s lots of material about staying safe online, but nowhere near as much about the consequences if you exploit someone else’s trust and consent.”

It is also this which she would emphasise to fellow victims, alongside the importance of a support network. “Coming together as a collective has been really important because we’ve been able to raise our voice as one and have strength in numbers,” she says. “There are hundreds and thousands of strong women and girls being affected by this. If it happens to you, know you’re not alone and you’ve done nothing wrong.”