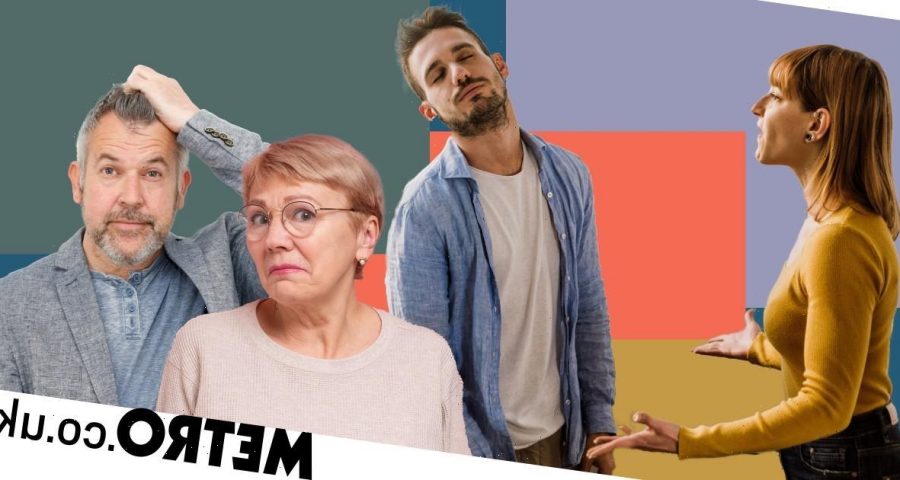 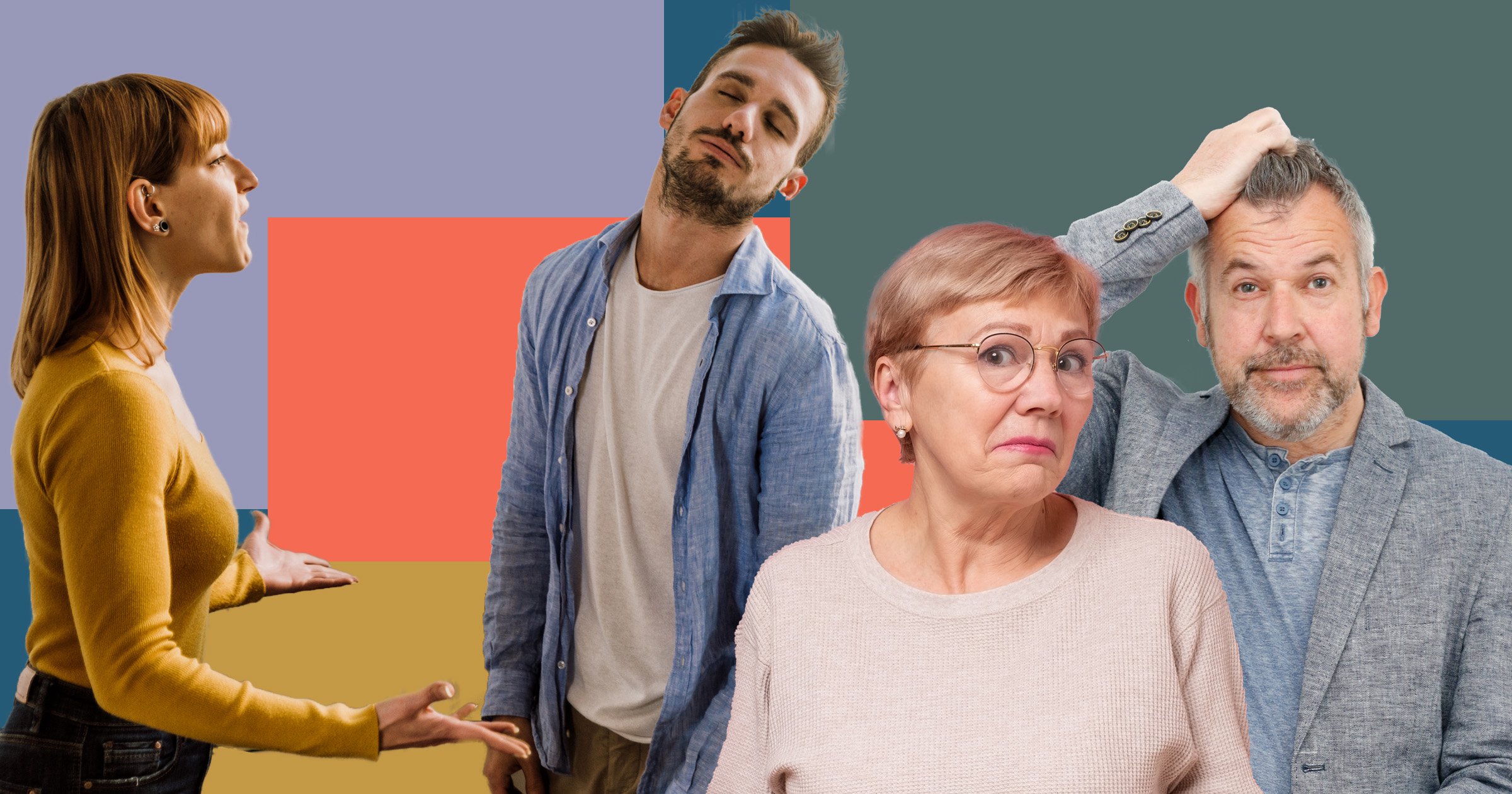 As a parent, it can be so hard to let go of the impulse to fix everything for your kids, even when they’re fully grown adults.

Sometimes you can step in and make things easier for them, but what happens when their problems are each other?

Then the issues become a lot harder for you to fix – if not impossible.

Counselling Directory member Caroline Plumer tells Metro.co.uk: ‘As a parent, it’s hard to see your children fighting, but particularly if your children are adults, there is often very little they can do to remedy the situation. It is usually best to let them figure it out for themselves.

‘If the tension is starting to cause wider issues i.e., at family events, it might be worth speaking to them, not to necessarily ask them to resolve the feud, but to ask them to work together to be adult and civil and not let their fight start to become a problem for those around them.’

Families can, of course, fight over anything, but particularly common issues are often to do with addiction and mental health, which are especially hard to navigate.

Psychotherapist Noel McDermott says it used to be a lot more common for there to be major sibling bust-ups over someone’s sexual orientation but ‘society has moved on’.

Some encounter family issues around gender identity, but, thankfully, Noel says that’s not often an issue with younger generations who aren’t ‘hung up about it’.

Noel adds: ‘Most often I come across [sibling feuds] in the context of long-term mental health and/or addiction issues.

‘As a parent of adult children, it’s not possible to be responsible for their decisions. Even if one of your kids has defined mental health issues, to do so would be to move into a care-taking role, and it can often create the conditions in which the estrangement occurs.

‘To avoid caretaking use professional services for the child who has the special needs (what we call, the identified patient IP) such as mental health problems, addiction etc. So, use mental health services and support your child in accessing them. Don’t allow yourself to become the mental health service and become caught up in trying to fix them. If they don’t go to the services or don’t engage with the treatment to change you must let them live with those consequences.

‘This help is the type of help a parent can give and justify to other siblings as reasonable and the type of help any parent would offer to any child. To avoid it being counterproductive for the IP and the family dynamics, it needs to be boundaried; ie. “I will help you get help, I am not the help”’.

Regardless of the issues at hand, Counselling Directory member Charlotte Clegg warns against being seen to have ‘chosen sides’.

She says: ‘If you intervene where it’s not welcome, even with the best of intentions, you run the risk of being seen to have “chosen sides” and decades-old resentments and fears of favouritism could enter the mix, meaning you end up falling out with one or both of them as well.

‘However, if both sides do want you to mediate, it can help for everyone to view the situation as the whole family vs the issue at hand, rather than “person one” vs “person two”. This can help everyone to work to an outcome based on compromise, compassion and understanding rather than laying blame and scoring points.’

However, Caroline stresses in no uncertain terms that being asked to pick sides ‘is not fair’ – remember, there’s a difference between that and being asked to mediate.

She adds: ‘If this is requested of you, kindly but firmly explain your position – reaffirming both your support for your children as well as the difficulty that comes with you being asked to “choose” between them.

‘Try not to get involved in an ongoing circular argument – if they keep pushing for you to take a side, set a boundary around finishing the conversation and moving on to something more productive and/or enjoyable.’

Charlotte says it’s also important to start with an ‘open, compassionate, honest conversation’, adding: ‘Explain how the situation affects you, how you don’t want to make things any worse on either side and explain why you feel that staying neutral will help that.’

In situations like this, Noel again stresses the importance of setting boundaries.

He explains: ‘Where one child is trying to manipulate you into being on their side against a sibling, it’s crucial to hold a clear boundary there that you have a right to make your own relationship choices as much as your child does.

‘It is not your job to try to repair the situation between adult siblings, but it is reasonable for example that they behave in a pro-social manner around you at say family events. That is a basic rule of social interaction and if an individual can’t do that, they can’t attend.

‘Neutrality does not mean perfect balance; it means not being drawn into acting in ways that go against your own non-conflict code to favour one or the other. Neutrality may indeed be very active in engaging with the various “sides” in the conflict to assertively explain your rights via respectful, loving and kind interactions.

‘It’s also important to be able to hold clearly the difference between behaviour and person.

‘Moral judgements are in fact about the character and fibre of another, whereas being able to see someone can do bad things without necessarily being viewed as morally corrupt is important.

If you feel strongly that one of your kids has done something truly morally reprehensible, Caroline recommends taking them aside and asking them what’s going on with them.

She adds: ‘Do not confront them in front of other siblings as this may make them feel they are being “ganged up on”, and try to be as curious and open about their situation as you can rather than jumping straight to judging what they have done. It may be that they haven’t realised the impact of their actions, or maybe their behaviour is the result of something they are struggling with.

‘If you find yourself feeling you need to rebuke them, try to stick to why what they have done is an issue, and how you can support them in resolving it rather than taking them to task over what they’ve done. If there’s still no remorse, it may be that they need time to process their actions before they can have a real conversation about it.’

Caroline says the emotionally charged nature of the situation may well necessitate the involvement of a therapist.

Whether you do so or not, don’t forget that it’s still up to you as the parent to set the best example possible.

‘Essentially there is little you can do as a parent,’ says Noel, ‘except ensure your own behaviour models what you would like to see in your children.

‘The caveat to all of this is in cases where the behaviour of one child puts others at risk. This may be due to say substance misuse issues bringing criminality into the family home, or issues of violence, or sexual abuse.

‘Neutrality is not an option here, and it’s vital you make a reasonable risk assessment and put in place risk management measures to prevent victimisation. Absolutely it is vital to ensure you rescue the risk of yourself or others being placed in harm’s way, utilising the police or courts if necessary.’

At the end of the day, don’t forget that sometimes the best possible outcome for everyone can be minimal contact or estrangement between the feuding family members.

Charlotte explains: ‘The feuding parties may not want things to change -sometimes a peaceful estrangement is better than forcing a relationship which will just constitute of arguments and upsets.

‘While not ideal, the extended family should work to respect that.’

This series aims to offer a nuanced look at familial estrangement.

Estrangement is not a one-size-fits-all situation, and we want to give voice to those who’ve been through it themselves.