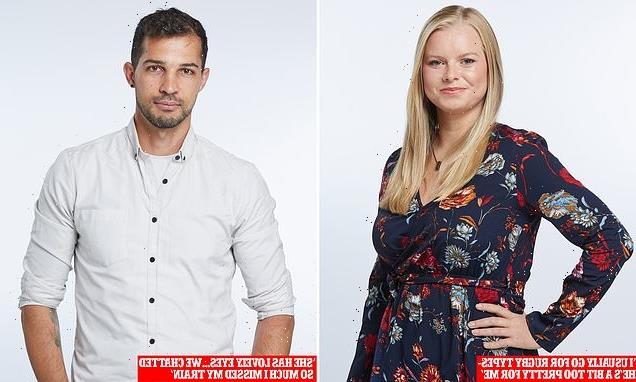 Who’ll find love on our blind date? This week it’s Amber, 28 and Ricardo, 32 but will romance be on the cards? 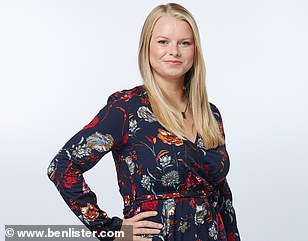 Amber, 28, (pictured) is single with no children

Single with no children.

Someone who is easy to talk to and fun to be with. I definitely don’t want a ‘player’ who is entertaining multiple women. If he liked wine, it would be a bonus.

I’ve had one serious relationship in the past which lasted four-and-ahalf years but we split up five years ago as he cheated on me. I’ve had a couple of other relationships but they’ve only lasted a few months.

I’d never been on a blind date before but I wasn’t particularly nervous. Thanks to my job, I’m used to socialising with strangers, so I felt comfortable meeting Ricardo.

He was already at the table when I arrived, so he stood up, gave me a hug and a kiss and introduced himself. He certainly wasn’t unattractive but I normally go for dark-haired, bearded rugby types, whereas he was a bit too ‘pretty’ and smooth-looking.

Easy To Talk To?

Yes, he was friendly and polite, if a little shy. We share a love of travel. He has family all over Europe so had done plenty of trips around the Continent, whereas I have been further afield and want to travel closer to home now.

We are both close to our families and talked about them; he has two brothers and I’ve got four siblings.

LIKED? The flow of conversation.

He put me off a little when he said he barely drinks. That’s fine, of course, and a personal choice, but my job revolves around wine, so it would have been nice to have felt able to talk about that. Otherwise, he was nice.

I thought he was a restaurant manager, so I started asking him about the restaurant and wine trade but it turns out he works in Domino’s. I’m not judging him, it was just awkward. He’s also a parttime model and wants to do more so we got chatting about that, too.

No. I knew pretty much straight away that I wasn’t interested in him romantically. We got on well on a friend level but he isn’t my type.

I don’t think so. He asked for my Instagram handle, so we swapped those and we messaged each other to make sure we’d got home safely.

What do you think he thought of you?

I think he thought it was good to meet me and we did have a lovely time. I go to Manchester, where he lives, regularly for work, so we might meet for a coffee if he wanted to.

Yes, he’s polite and friendly, but they’d think he was quite introverted, whereas I’m more sociable.

Single for one year with no children.

Someone who likes sports and being active. But also I’d like to meet someone who I can have a proper chat with. My celebrity crush is the Australian actress Margot Robbie.

I had one serious relationship but we moved to different cities, so we split up. Before that, I was at university and so I just had fun.

Not really. I’ve been on Tinder dates before but this was the first time I was meeting someone with no clue what they looked like. But I didn’t feel anxious about it.

When Amber turned up at the restaurant, my first thought was that she is a very pretty girl. She has nice eyes and a lovely smile.

She was wearing a black dress with flowers and leggings and high heels. I don’t have a type; I like a woman’s personality.

We greeted each other with a peck on the cheek. Amber seemed smiley and friendly.

Easy To Talk To?

LIKED? There were no awkward situations.

REGRETS? None at all.

Yes, she was friendly and fun. We talked about our families and the food we like and where we had travelled. She’s not into the gym, like me, but she seems to like fitness and is active, so that was good. She was confident and open and kept the conversation flowing, so there were never any awkward moments.

It’s hard to say. I think we flirted a little, more through body language than what we said but I’m not sure if there’s a romantic spark. We’d have to meet again for me to gauge if there’s anything more there.

We have messaged each other a few times. The main problem with us meeting again is that she lives in Kent and I’m based in Manchester, so that wouldn’t make it easy. But if she’s ever in my city again, I’d definitely meet up for a coffee.

Yes, that would be nice but, as I said, it might not be practical with us living at opposite ends of the country.

What do you think she thought of you?

I think she liked me but I’m not sure if that’s in a romantic way. We got on well though and didn’t stop talking. In fact, we were chatting so much I missed my train home and had to get a later one.

Yes, I think so. She’s friendly and fun and can chat easily to people.