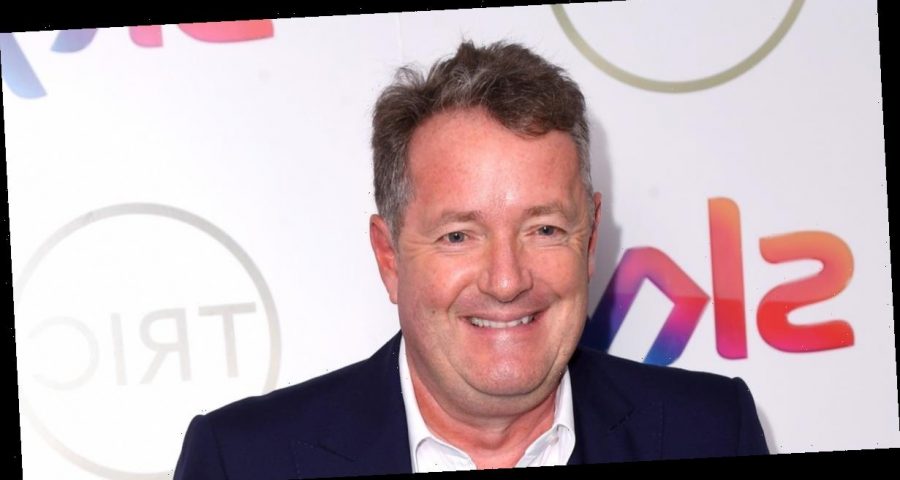 Many will be waking up this morning to see Piers Morgan is no longer sitting in his usual spot on Good Morning Britain.

The 55 year old presenter bid farewell to his presenter duties on the popular news show, and the announcement was made by ITV.

The statement read: “Following discussions with ITV, Piers Morgan has decided now is the time to leave Good Morning Britain.

“ITV has accepted this decision and has nothing further to add."

So why did Piers leave the show? Let’s take a look…

Piers stormed off the set of Good Morning Britain on Tuesday 9 March after an argument with co-star Alex Beresford about Meghan Markle.

The 55 year old has been critical of 39 year old Meghan since she and Prince Harry, 36, stepped down as senior members of the Royal family.

His co-star Alex, 40, said on Tuesday morning's show: "They have had an overwhelming amount of negative press. I watched the programme yesterday and, yes, they had some great press around the wedding, but what press is going to trash someone's special day?

"There was bad press around the engagement, before the engagement, everything that has followed since has been incredibly damaging, quite clearly to Meghan's mental health and also to Harry.

"I hear Piers say, you know, William has gone through the same thing but siblings experience tragedy in their life. One will be absolutely fine and brush it off and the other will not be able to deal with it so strongly, and that is clearly what has happened with Prince Harry in this situation." The weatherman continued: "He walked behind his mother's coffin at a tender, tender age in front of the globe. It's going to shake a young boy for the rest of his life, so I think we all need to take a step back.

"Has she said anything about you since she cut you off? I don't think she has, but you continue to trash her…" before Piers cut him off.

Launching out of his seat, Piers said: "Okay, I'm done with this. No, sorry, see you later," as he walked off set.

Piers later returned to have another debate with Alex, with the former Dancing On Ice contestant saying: "I don't think these are issues that we can't overcome."

Life Stories host Piers replied: "What we need to do, Alex, is talk about them in a civilised manner given that we work on the same show as the same team. You were launching to a pretty personal derogatory monologue at one of your colleagues."

The debate further continued, with Piers ended their heated chat by saying: “I don't think people really care about me and you, let's stop talking about me and you then."

ITV are said to have told Piers to apologise for saying he "doesn't believe" Meghan, 39, felt suicidal during her pregnancy with Archie after being hit with over 40,000 Ofcom complaints.

But instead, Piers opted for the door, and told bosses he would instead step down as host of their morning show after six years.

A source said: "Piers was not going to back down. He was asked to make an apology but refused. He says he is entitled to his opinion and is always going to stand by it.

"When he refused to apologise, there was a stand-off. And ultimately it ended with him telling producers he would not host the show anymore.

"His contract was coming to an end this year anyway, but he said he wouldn't do the job unless it was on his terms.

"The growing pressure from building Ofcom complaints and a swell of anger on social media gave bosses no choice but to try and get him to apologise.

"Unfortunately there were also a lot of concerns raised with the GMB production team too. Charity Mind also expressed their concerns to senior execs at ITV saying it clashes with their campaign," the insider continued to tell The Sun.

ITV launched their Britain Get Talking campaign and helpline last year, urging viewers to speak out about their mental health struggles, which contrasted with Piers' comments.

The insider added to The Sun of Piers' co-host Susanna Reid: "It's been a very difficult 24 hours for Susanna too. She's exceptionally close to Piers, but is now left holding the baby.

"She also doesn't want to look like in staying silent she just condones his behaviour as she often disagrees with him, but respects his right to have an opinion."

Piers has since taken to Twitter to share that he hasn’t changed his view, writing: “On Monday, I said I didn’t believe Meghan Markle in her Oprah interview.

“I’ve had time to reflect on this opinion, and I still don’t. If you did, OK. Freedom of speech is a hill I’m happy to die on. Thanks for all the love, and hate. I’m off to spend more time with my opinions.”