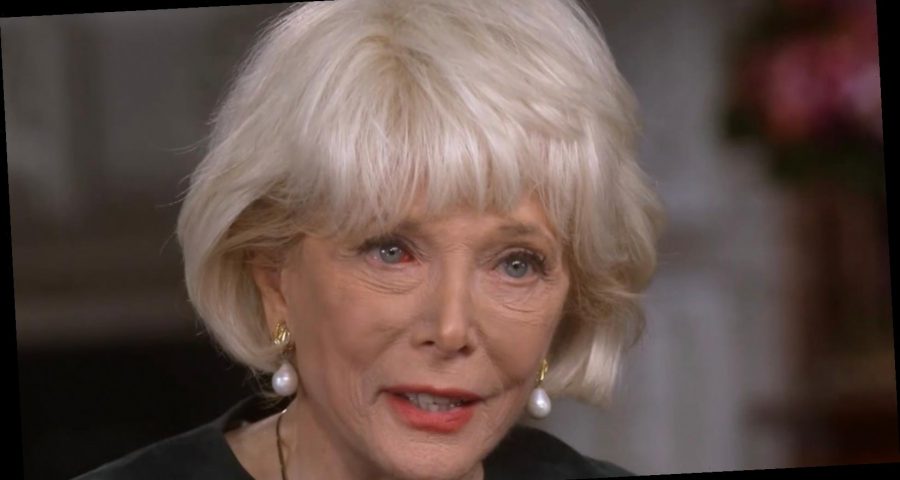 Lesley Stahl’s 60 Minutes interview with House Speaker Nancy Pelosi is making waves after the January 6 riots at the U.S. Capitol, but not quite for the reasons you might think.

While the veteran interviewer was part of a compelling narrative that covered the events that unfolded during the riot, Stahl was spotted with a distracting bright pink left eye, which was visible every time the camera focused on her as she asked the speaker a question. It was obvious enough to trigger concerned chatter on social media. Several took to social media, with one user tweeting: “Leslie Stahl’s left eye was all red. Is she okay? @60Minutes.” Another user posted: “I don’t know, looking at Leslie Stahl’s bloodshot eye on 60 Minutes makes me think she and Pelosi should both get COVID tests.”

But it appears this is not the first time Stahl has appeared in public with an eye problem.

Heavy notes that promotional material from the show already showed Stahl with her eye issue, and they have since reached out to CBS to ask about it, but no answers were provided before the show went to air on Sunday night. But the site says it is likely that the veteran anchor might have hurt a tiny blood vessel in her eye, causing it to bleed, and that it would clear up in a few days.

The condition, which Mayo Clinic identified as a “subconjunctival hemorrhage,” can be triggered by anything, from straining, vomiting, a powerful sneeze or a powerful cough. A person can also pop a blood vessel by rubbing his or her eye, or through trauma — and by that the Mayo Clinic also means dealing with a foreign object (which could be a speck) landing in your eye.

We can see why  Leslie Stahl’s eye caused concern and chatter among viewers. During the early days of the coronavirus pandemic, doctors had called out pinkeye or conjunctivitis as a coronavirus symptom. That symptom is only expected to occur in between 1 to 3 percent of COVID-19 cases (via WebMD).