Woman, 29, who has Botox every six months insists it helps CURE her depression and anxiety – as new study claims the injections could be used to treat the mental health disorder

A woman who has ‘life-changing’ Botox every six months insists it helps cure her depression and anxiety.

Sophie Attwood, 29, a PR consultant from Cheshire, began suffering from panic attacks in her teenage years and was prescribed medication by her doctor.

But when she began having Botox in her forehead and around her eyes to tackle fine lines and wrinkles, she claims she noticed a marked difference in her mood.

Sophie is sharing her story after a new study from researchers at the University of California, San Diego found the injections could be used to treat depression. 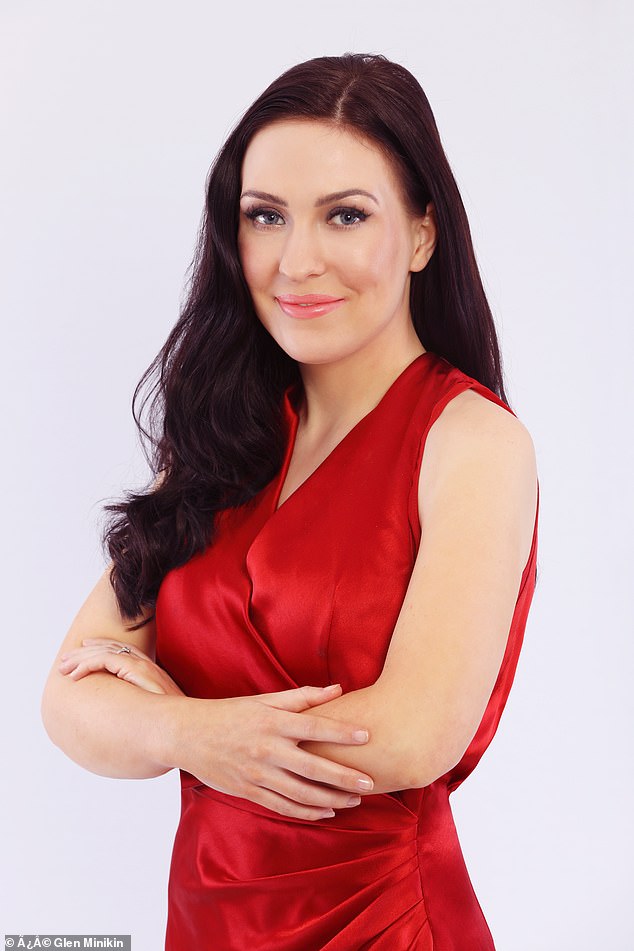 Sophie Attwood, 29, a PR consultant from Cheshire, pictured, has Botox every six months and insists it helps cure her depression and anxiety

It claimed depression was reported up to 88 per cent less often by patients treated with Botox for six of eight conditions.

According to the World Health Organization, more than 264 million people across the globe experience depression. While the condition is normally treated with a combination of psychotherapy and anti-depressant medications, these are ineffective for around a third of patients.

‘It started when I was at university and I had my first panic attack in the middle of my English exam.

‘I remember the feeling of my hands clamming up, the terrifying nausea and my heart feeling as it was about to fall out of my chest.’ 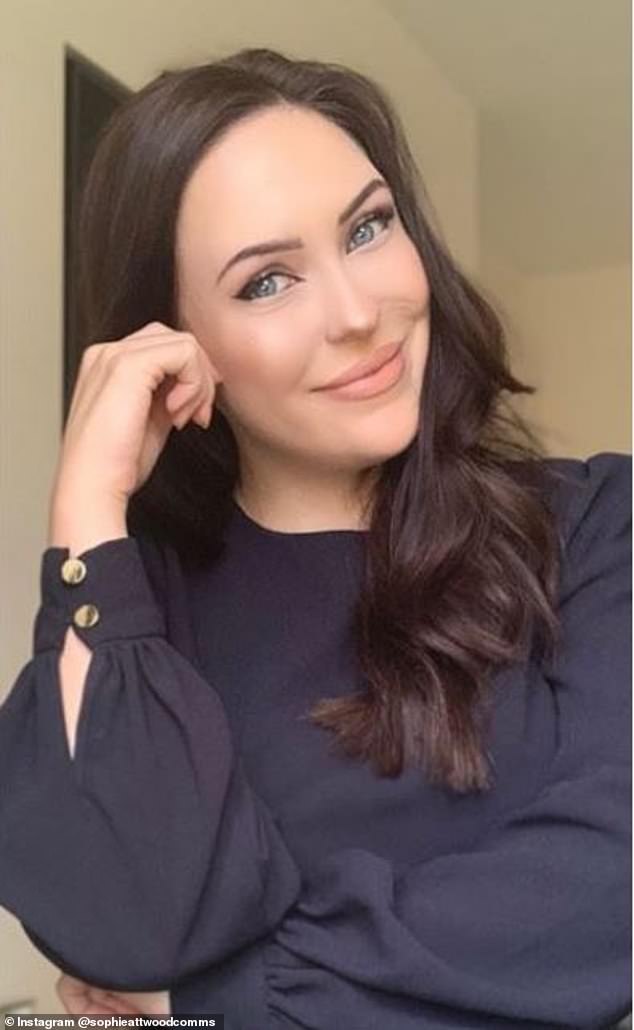 Sophie, who also owns home interiors brand Husoe Home, began suffering from panic attacks in her teenage years and was prescribed medication by her doctor

When her condition worsened, Sophie went to see a doctor and began taking citalopram to tackle the depression that occurred as a result of her anxiety, and propranolol to calm her panic attacks.

‘Alongside medication, I’ve also tried other therapies over the years such as hypnotherapy, acupuncture and CBD oil, alongside a balanced diet, exercise and removing alcohol and caffeine from my diet,’ she said.

Sophie told how she had contemplated having Botox done for a while because she wanted to get rid of a few fine lines that had started to appear around her eyes.

‘I visited cosmetic doctor Dr Shirin Lakhani at her clinic Elite Aesthetics in Kent for the treatment and she treated my forehead and around my eyes with a sprinkling of Botox,’ she recalled. 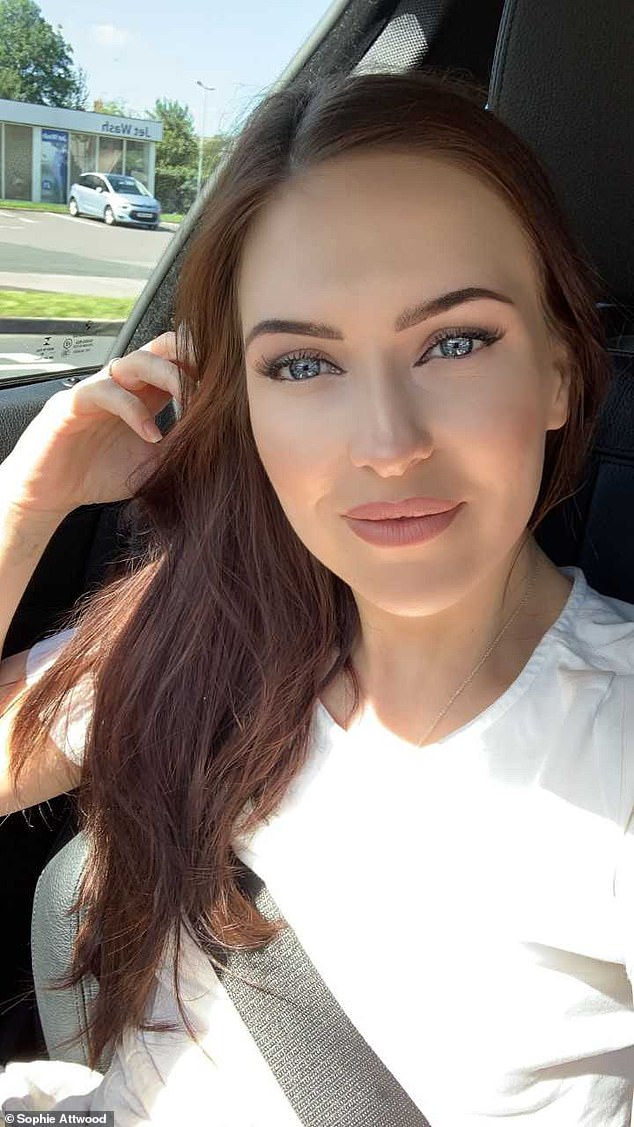 ‘I usually panic on public transport and sit twiddling my fingers and checking to see whether the toilet is free in case I feel sick from my panic attacks – but that day I didn’t even question it.

Botox, short for ‘Botulinum toxin’, is a neurotoxic protein made by the bacterium Clostridium botulinum.

It is one of the most potent poisons known to humankind.

Botox halts the release of a chemical messenger in the body that is involved in the activation of muscles.

While it can be used to relax muscles and treat issues from spasms to overactive bladders, it has become known for its cosmetic potential.

By relaxing face muscles, Botox can cause wrinkles to relax and soften, albeit on a temporary basis.

‘I felt just a general feeling of happiness throughout the weeks that went by. It took me a while to realise the correlation between my emotions and the Botox but it was the only thing that had changed.’

The recent study, published in the journal Scientific Reports, saw experts from the US and Germany mine a database of reported negative side-effects from medication usage, with a focus on patients who had Botox injections.

They found patients who who were injected with the neurotoxin – at six different sites including the neck, limbs and bladder, not just the forehead – with side effects were 40–88 per cent less likely to suffer depression than those undergoing other treatments for the same reasons.

Paper author and pharmacologist Professor Ruben Abagyan said of the findings: ‘For years, clinicians have observed that Botox injected for cosmetic reasons seems to ease depression for their patients.

‘But we’ve found here that the mechanism may be more complex, because it doesn’t really matter where the Botox is injected.’

‘This finding is exciting because it supports a new treatment to affect mood and fight depression, one of the common and dangerous mental illnesses,’ added paper author Tigran Makunts, also of the University of California San Diego.

Furthermore, he said, the results are ‘based on a very large body of statistical data, rather than limited-scale observations’.

The team have hypothesised that, after injection, Botox may travel to parts of the central nervous system that regulate emotions and moods — and that they could be having an impact there. 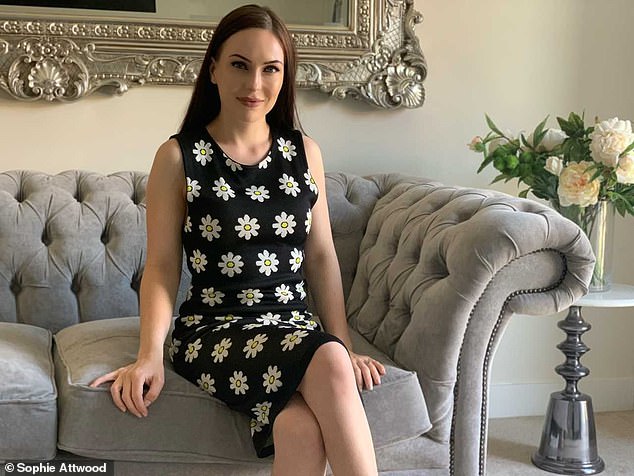 The researchers studied patients who had Botox treatments for eight different reasons — with injections sites including locations in the forehead, limbs, neck and bladder, as pictured

The findings, however, do come with some caveats. Firstly, while the team controlled for antidepressant usage, they were not able to rule out the potential impact of other prescription and over-the-counter medications.

Furthermore, the FAERS database only covers a subset of Botox users — those that reported experiencing negative side-effects from the treatment — and therefore the findings may not be representative of the injection’s wider effects.

In addition, it is possible that the Botox treatment — in successfully resolving other medical issues — might serve to indirectly mitigate depression.

At present, clinical trials are underway to explore if forehead injections of Botox might be successfully used in the treatment of depression — however, the researchers said, additional trials now might be called for exploring other sites.

Sophie said when she mentioned her mood had improved to friends of hers within the medical aesthetics industry, they agreed it could be down to the Botox. 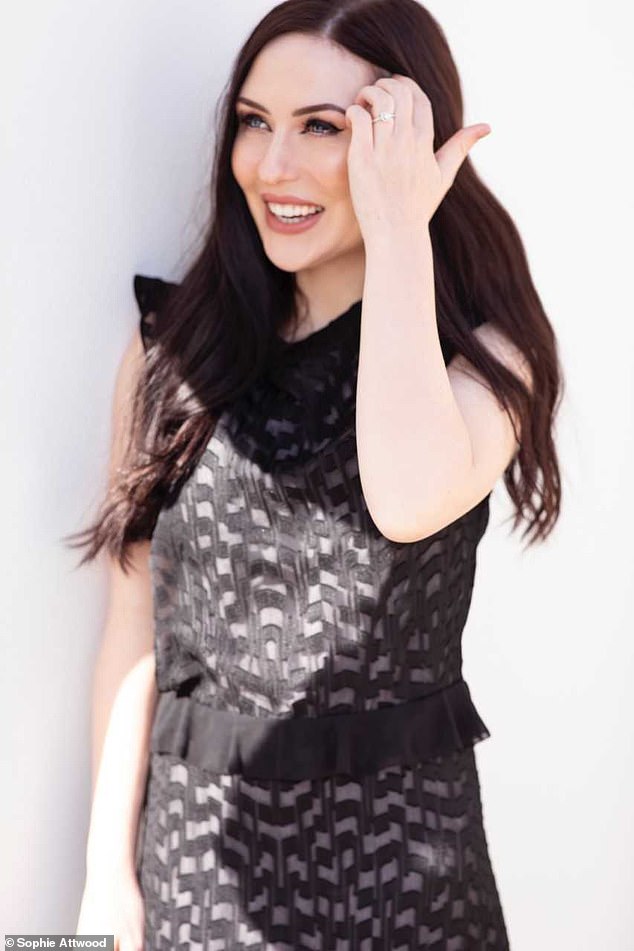 Sophie said when she mentioned her mood had improved to friends of hers within the medical aesthetics industry, they agreed it could be down to the Botox

‘I think the main thing for me was that I looked in the mirror and felt good about myself,’ she added. ‘From an anxiety perspective I think I felt so much more confident, and that feeling just seemed to follow into everything else that day.

‘Now I usually have Botox every four to six months as I’m certain that this impacts my life for the better.’

Dr Shirin Lakhani told FEMAIL: ‘It has been suggested by a number of practitioners and small studies that Botox can effectively offer a treatment for depression.

‘However, while the results of these small studies are promising, researchers are still trying to understand exactly how Botox treats depression.

‘One likely explanation may be linked with a “facial feedback” mechanism. In this case, emotions such as fear, sadness or anger can result in the contraction of muscles in the forehead that cause the glabellar frown lines.

‘There would therefore be a suggestion that by blocking these frowning muscles with Botox we may help patients to experience an improved mood. 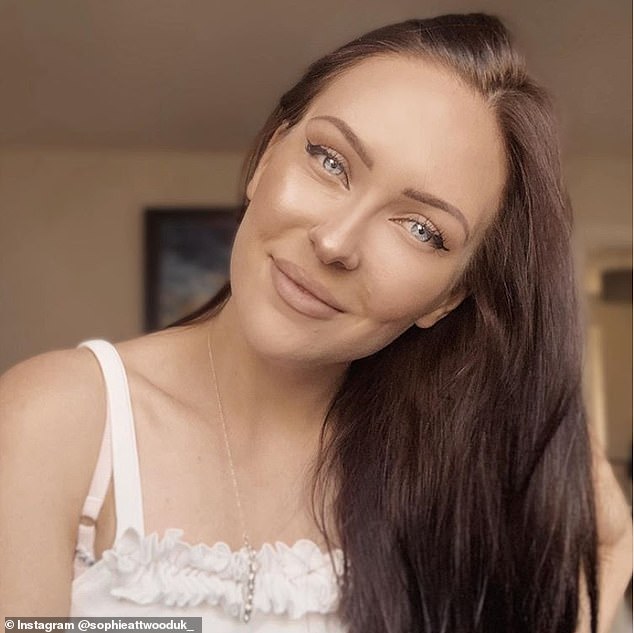 ‘For patients treating an issue with Botox such as bruxism – grinding teeth – or migraines, we would be treating the root cause of their issue and therefore improving their quality of life which may improve depression.

‘Also improving appearance may help improve self confidence and have a positive effect on emotions.’

Dr Tristan Mehta, founder of The Harley Academy in London, added: ‘Although this is a new study, Botox treating depression isn’t actually something new.

‘This has been a hypothesis for many years. However, the aesthetic industry needs to be extremely careful about positioning it in this way due to ethics and make sure individuals seek out professional help, as Botox is not the answer or fix for an internal illness.

‘As doctors we are trained, and it is our duty to assess patients’ in an attempt to spot those whose desire to alter their appearance due to mental health problems and decline to treat them.’

For more information about Sophie visit www.sophieattwood.co.uk – or for Elite Aesthetics visit www-elite-aesthetics.co.uk. Visit https://www.harleyacademy.com/ for more about Dr Mehta.