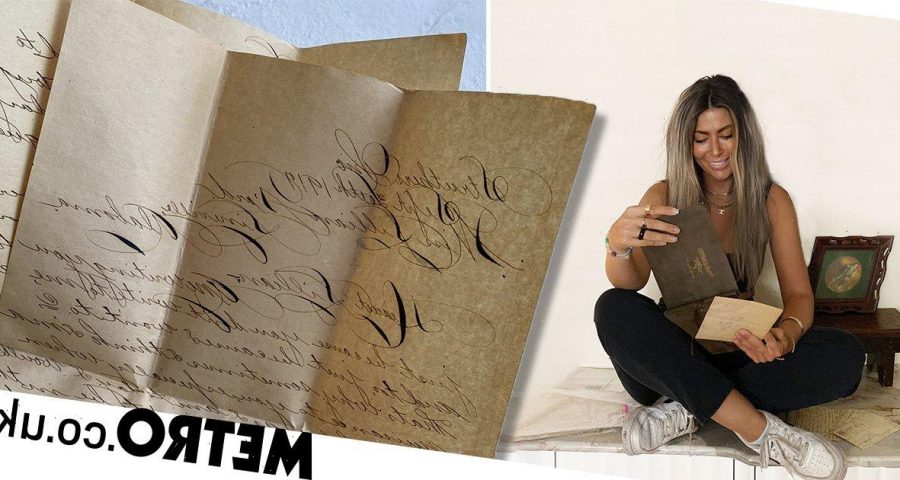 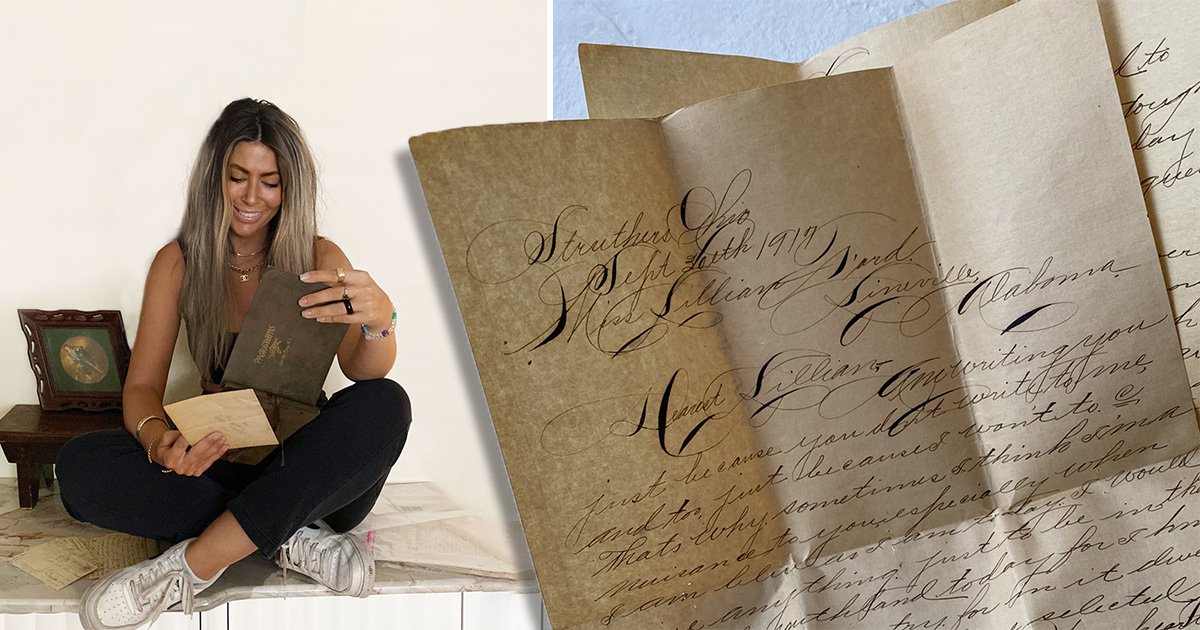 A woman has uncovered the story behind a ‘juicy’ love letter sent by a WW1 soldier to his sweetheart in the year 1917.

Once found she then tries to reunite old documents with the family of the people who left them behind.

Her most recent discovery was a love letter from a man called William to a woman called Lily. In it, William talks at length about his love for Lily. Chelsey was absorbed by the beautiful handwriting and carried out intense research to find out if they ended up together.

She was delighted to find census records showing they got married and had a family. She has since reached out to their descendants, but is yet to hear back.

‘I felt like I was in a movie reading this letter! I couldn’t believe it was real,’ Chelsey says. ‘These happy-ending stories are what I strive to find and share with the world to show that no matter how dark and evil this world gets, it’s worth fighting for that bit of light and kindness.’

Chelsey first got the letter from a vendor in Texas who she has worked with previously.

First, she was attracted to how it looked but soon got caught up in the history.

‘What instantly drew me to this item was the penmanship,’ she explains. ‘I’lI have never seen anything like it before.

‘These two people were obviously very in love with each other and missed each other greatly. It was also a bit saucy for the time which is something I always love when I pick up letters like this.

‘The two big questions I had were, “Did he survive WWI?’ and ‘Did they end up together?”

‘Unfortunately, there are times where I find love letters and the sweethearts never end up together. This happens more often than not.’

Writing to his ‘dearest Lilian,’ William tells his sweetheart how much he misses her, but there does seem to be a little tension as he has not heard back from her.

‘I would give anything just to be in that dear old Southland today for I know it is a dear country, for in it dwells roses of which I have selected for you,’ he wrote.

‘The fairest of all my heart aches with our following joy and pleasure when I think of being with you again, but alas fate surely must be against me still there couldn’t be anything like trying.

‘You should be here for a while just to see some of these people. Sometimes they are sure strange, especially when they go out to the movies.

‘What’s the matter with that mailman doesn’t he deliver my mail Lily and it certainly couldn’t be that I didn’t write for I’ve written every week and then some. I think you’re just trying me now ain’t you.’

William finishes the letter by telling her he hopes to be back with her soon. He also encourages her to write back to him.

In the letter, he continued: ‘I am liable to come home anytime now but I suppose I will remain until someone asks me to come, which might not ever come.

‘Lillian how’s everybody at home? Are you still enjoying the school, I suppose you have already learned to love your teacher.

‘G I feel tough I’m supposed to be working today. Now be a sweet girl and answer real soon for I’m crazy to hear from you.

‘Will now bid you ado with the very best of love from one who really cares from you, yours, most devotedly William.

‘Lily and I have something to tell you when I see you, will you please make mention if I forget.’

After reading the letter, Chelsey quickly started working on finding out more about the couple.

In a video posted on her Instagram page, she showed records detailing how William was honourably discharged in 1918. She eventually found a census record from 1930 showing he married a Lilian and they were living with a sister-in-law with the surname Ford.

This matches the maiden name included in the letter.

The post received more than 3,500 likes, with viewers sharing their thoughts on the romantic tale.

One person wrote: ‘Oh my gosh look at that calligraphic writing, it’s absolutely beautiful and such a lost art.’

‘You are so amazing. The stories always warm our hearts and give us hope that penmanship is incredible. I wonder if he was an artist,’ said another.

Chelsey was overjoyed to find the couple did have a happy ending which is such a rarity in her line of work.

‘I know I only share the uplifting stories behind the heirlooms I’ve returned,’ she says.

‘But what people don’t realise is that I’ve handled hundreds of devastating first-hand accounts of letters and documentation from soldiers, refugees, and war victims.’