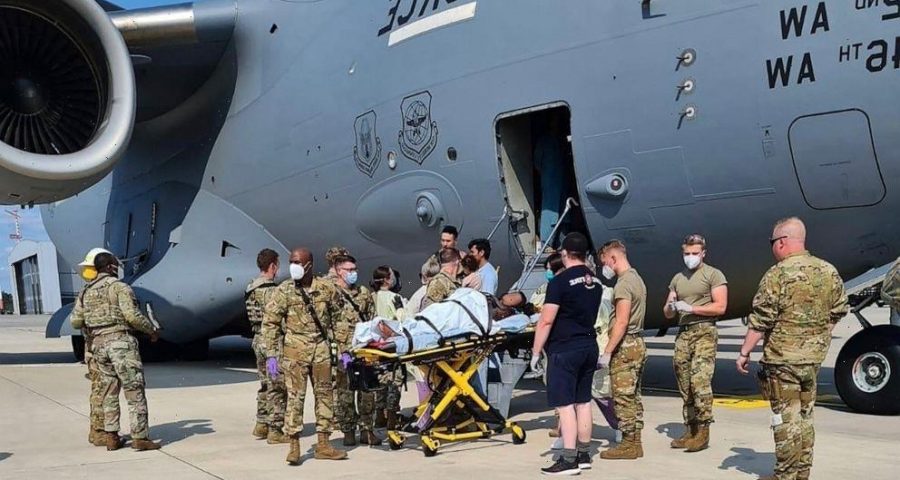 An Afghanistan woman fleeing the Taliban in Kabul went into labor aboard a United States Air Force plane evacuating people from the country.

The woman, who was not named, went into labor mid-flight Aug. 21, while on a U.S. Air Force C-17 that departed from a staging base in the Middle East, according to the U.S. military.

As the woman’s contractions got heavier and she progressed further into labor during the flight, the aircraft’s commander made the decision to decrease altitude, which increased the air pressure inside the plane.

The action “helped stabilize and save the mother’s life,” according to the military.

Once the flight landed at Ramstein Air Base in Germany, additional U.S. troops boarded the plane and delivered the baby, a girl, in the plane’s cargo bay.

“The baby girl and mother were transported to a nearby medical facility and are in good condition,” the U.S. military shared in a series of tweets Saturday.

Over the past week, the U.S. has evacuated tens of thousands of people from Afghanistan, where chaos has erupted after the government collapsed and the Taliban seized control.

A Pentagon official confirmed Monday that three babies have been born during the evacuation efforts.

The evacuees are being taken to temporary safe haven locations across Europe and the Middle East. Four military installations in the U.S., as well as Washington Dulles International Airport, are also now receiving Afghans, according to Pentagon officials.

Although the baby born at Ramstein Air Base was born on an Air Force plane, she will not automatically acquire U.S. citizenship.