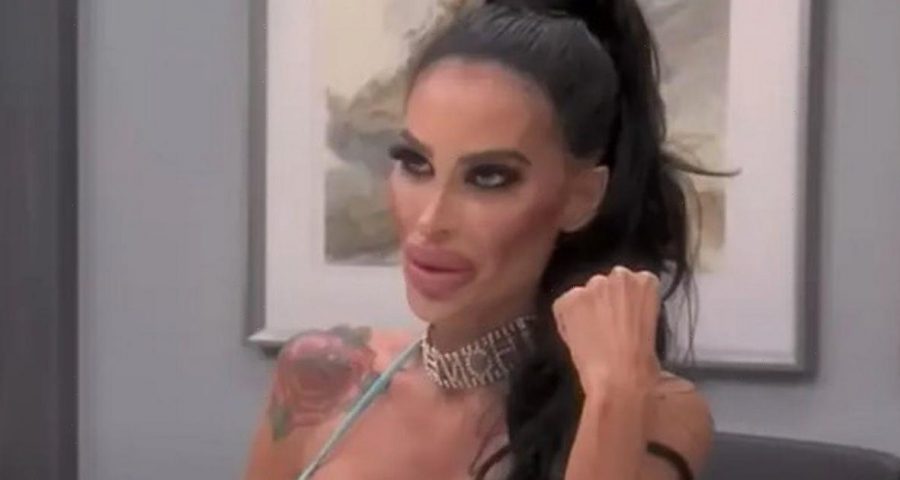 A woman who was rejected from getting a boobs job because she's too skinny, joked she was "off to eat some burgers".

Tara Jayne McConachy appeared on The E! channel's show Botched to see whether plastic surgeons Paul Nassif and Terry Dubrow could operate on her.

The Australian explained she previously had much larger breast implants, however took them out because they gave her back problems.

The 32-year-old nurse from Melbourne says she want to up her cup size because she noticed wrinkling around the top of her breasts.

She hoped larger breasts would smooth out the skin and give her a more youthful appearance.

She told the show: "Everything is tiny on me except for my tatas [breasts]… I'm on a quest for a bigger chest! I currently have 540 CCs [of breast implant silicone], and I'm just not happy with them at all.

"Basically, the part that I don't like about them is that they're not big enough."

The self-dubbed 'plastic doll' admits surgery helps give her confidence and says she loves the attention her appearance gets when she goes out in public.

"I just thought getting plastic surgery and having bigger boobs, that's going to be the wow factor and exactly what I need," she said.

However, Dr Nassif's and Dr Dubrow shattered her hopes when they refused to operate.

They said the 'rippling effect' that was happening to her breasts at the moment was due to her previously large implants.

The surgeons told her that the skin around the top is very thin and if she gets 1,000CCs of silicon implanted then it could be very damaging.

During the consultation, Tara revealed she is just 45kgs – which was a major concern for the plastic surgeons.

They told her to gain 5% of her body weight and then she could come back and talk about getting approval for her breast augmentation.

However, they said they would only increase her cup size if it was safe.

A friend who was in the consolation with Tara joyfully said they would go and eat some burgers immediately so they could bump up her weight.

But Dr Nassif told Botched that Tara shouldn't just focus on her weight when she steps on the scales.

"I'm really concerned about Tara's overall wellbeing. Not just as it relates to surgery, but she really needs to get both physically and mentally healthy," he admitted.