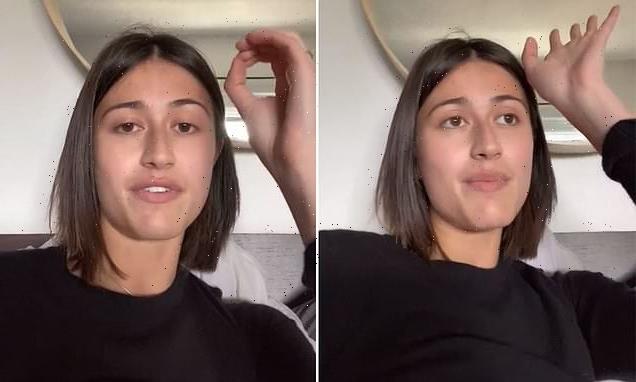 Woman, 22, reveals she’s had to have her labia CUT OPEN ’26 times’ to drain cysts that are caused by blocked gland condition: ‘It’s horrible and nasty’

A 22-year-old woman has gone viral on TikTok after revealing that she’s had to have her labia ‘cut open’ 26 times to treat cysts that form as a result of a blocked gland condition.

The California-based social media user, who is known only as Alex online, opened up about her struggle with the condition, and the painful treatment she has had to undergo to deal with it, in a candid video posted to the app earlier this month.

Having joked in a previous clip that she didn’t find tattoos painful because she’s had her labia ‘cut open’ so many times, she explained in her follow-up video that she is prone to Bartholin’s cysts – which form in glands that sit on either side of the vaginal opening, and can result in painful infections if they go untreated. 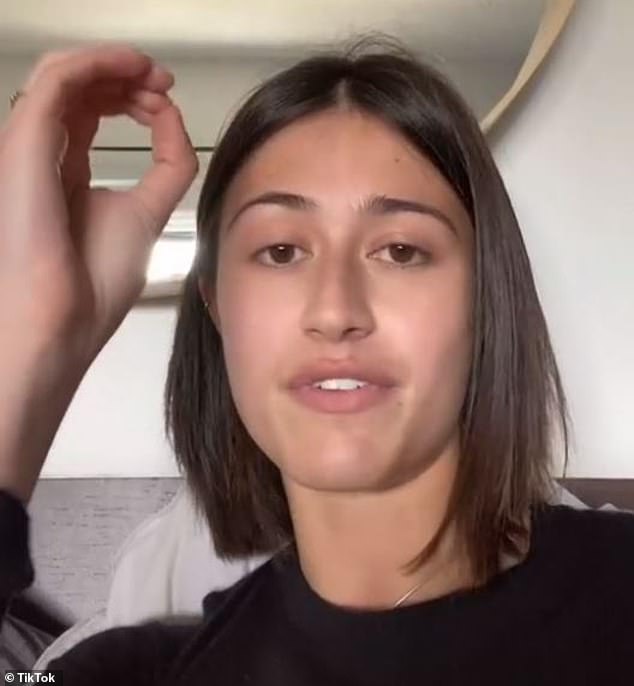 Ouch: A TikTok user named Alex has gone viral after revealing she’s had to have her ‘labia cut open 26 times’ to treat cysts caused by a blocked gland condition 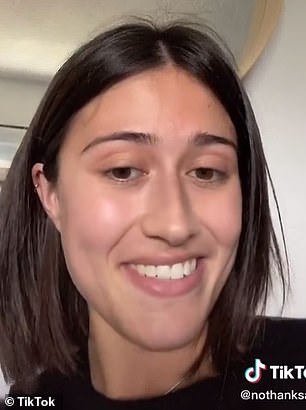 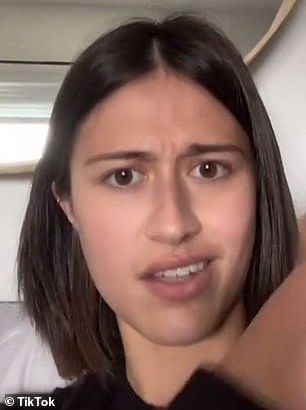 ‘It’s horrible’: The California-based social media user explained that she suffers from recurring Bartholin’s cysts, which form in glands that are located next to the vaginal opening

‘A lot of people were asking why I had to get my labia cut open a billion times. So I thought I would answer,’ she says at the start of the video.

‘It hasn’t happened to me in I think about six months now which is great. But I am prone to Bartholin’s cysts.’

The cysts are caused by a build-up of pus that forms a lump in one of the Bartholin glands, which are located on each side of the vaginal opening, next to the labia.

As Alex explains in her video, the glands produce a fluid that is meant to keep the vagina lubricated, however the openings can occasionally become blocked, which forms bacteria to enter the gland, resulting in a build-up of pus.

‘It basically keeps everything lubed up, you know? Comfy, no chaffing… that’s the point of it,’ the TikToker explains. ‘And there’s a duct that connects to the gland, and sometimes when bacteria gets in the gland, your body does this cool thing where it’s like, “No, contain the bacteria.”

‘So it will encase it and if it doesn’t drain, then it can turn into a cyst.’

The cysts are actually fairly common; one in every 50 women will suffer from a Bartholin’s cyst or abscess in their lifetime, and the condition can usually be easily treated at home using a warm compress.

However, in Alex’s case, because she is prone to recurring cysts which return again and again, she has to get them treated by her doctor – a process that involves having the cyst cut open in order to drain it.

A Bartholin’s abscess or cyst is the buildup of pus that forms a lump in one of the Bartholin’s glands. These glands are found on each side of the vaginal opening.

The cysts form when a small opening from the gland gets blocked. Fluid in the gland builds up and may become infected.

Often the cyst appears quickly over several days; the area will become very hot and swollen, and sufferers may experience redness, pain when sitting, and discomfort during sexual intercourse.

The cysts can be treated at home by applying a warm compress, or by soaking in warm water four times a day.

If the cyst does not drain with at-home treatment, it can be done by a doctor, who will make a small surgical incision in the cyst to drain it.

Some women who experience recurring Bartholin’s cysts may choose to undergo a more permanent treatment, which can involve performing a small surgical procedure on the gland, or undergoing an operation to remove it entirely.

‘And you have to get it lanced, which means they stick your labia with lidocaine, which is a numbing agent, and then they have to cut you open and take it out, like drain it.’

‘It’s horrible and nasty and I’ve gotten it 26 times.’

There are more permanent treatments available for women who suffer from recurring cysts, including a surgical procedure called marsupialization, which involves cutting into the cyst to drain the gland, removing the abscess, and then stitching the cyst up at the edge.

An alternative is to have the glands removed completely.

However, Alex says that, while she has looked into the alternatives, they have proven to be too expensive for her, revealing: ‘I’ve talked to my doctors about ways to avoid it, and all of them are really expensive so I just haven’t really done it.’

In a follow-up clip, the TikToker explained exactly how the cysts feel when they form, noting that they initially aren’t that noticeable because they are located inside a duct in the gland.

She explained that the cysts are caused when bacteria enters the duct, prompting the body to try and protect itself by ‘encasing’ the harmful germs, which result in a pus-filled cyst.

‘[Your body] encases [the bacteria] and it kind of turns into a little ball,’ she said. ‘And then from there if it doesn’t drain, that’s when it gets bigger.

‘But remember, it’s in a duct that is on the inside of your labia. It’s not something that is growing on the surface of your skin, so odds are, at the very beginning, if it’s small, you probably won’t see it.

‘But you might be able to feel it. It will feel kind of like a tiny hard marble.’