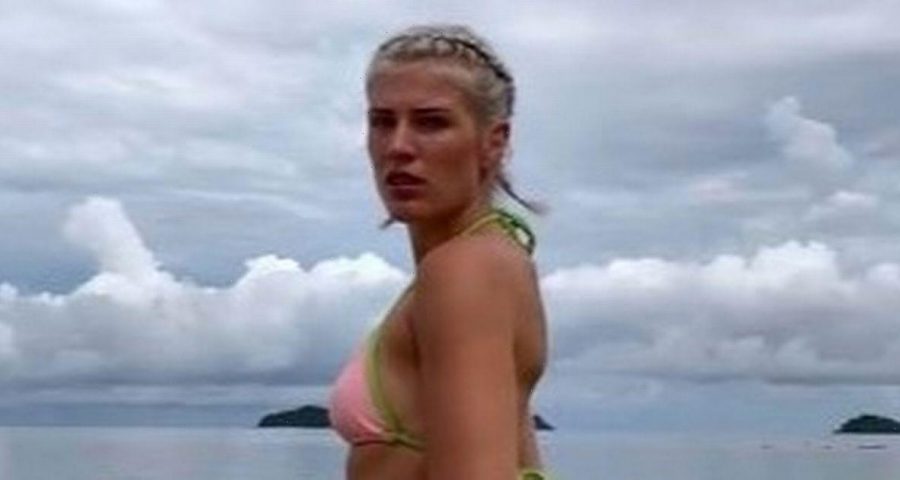 A woman who claims to have the "flattest bum in the universe" has hit back at trolls by saying her figure's "cute".

Julie Evlorentzen, who posts on the app as @julieevlorentzen, made a video about how she turned to her personal trainer wife for help building up her glutes.

In the clip, which has gained over 2.7million likes, she showed a snap of her bum in a bikini and said: "We all know I have the flattest bum in the universe.

READ MORE: Woman kicked out of gym for being 'too hot' returns to do workout in hot pants

"It isn’t offensive, you don’t have to tell me you see a curve – it’s flat and it’s cute."

She asked her spouse for help and showed herself hitting the squat rack in the gym to try and build a more round shape in just eight weeks.

The comments were filled with trolls asking whether she was "using a filter" or just "never sits down".

But others cheered on her natural figure as they claimed Julie's videos were helping give them more confidence about their own "pancake bums".

Another added: "I think this looks better than a huge bum seriously."

A third said: "Yas, all bodies are honestly gorgeous as they are but society likes to tell us different."

The news comes after a fitness model who claimed she was kicked out of her local gym for taking "tasteless Instagram pictures" has returned to working out in hot pants.

For more lifestyle stories, you can sign up to the free Hot Topics newsletter here.

Shirls Larson had been a member of the gym for six years but after she was caught taking snaps for her Instagram mid-workout, they kicked her to the kerb.

The tweet included one of the photos she had taken in the bright pink locker room, donning a sports bra and pink booty shorts while holding a dumbbell.