When I think of recliners, I’m immediately reminded of crusty, peeling armrests on old, dated leather recliners sitting in rooms that reek of cigar smoke. Or, I picture one of those La-Z-Boy reclining rocker chairs from the ’60s boasting ruffle skirts and plaid prints that almost exclusively occupy musty dens. And although literal decades have passed since we’ve really seen such recliners, rarely are they described as “chic” or “sleek” — until now. 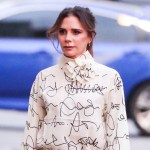 Recliners have finally undergone a long-overdue rebranding, and we have several brands to thank for the glow-up.

From West Elm and Crate & Barrel to more affordable retailers, like Target, Ikea and even Costco, modern, trendy recliners are now everywhere. Boasting sleek lines and much more vibrant hues, recliners have finally entered the 21st Century; and now we can’t decide if we want a Mid-Century modern leather recliner or a gorgeous navy blue velvet recliner?

Ahead, we’ve gathered 12 must-have, “not your grandfather’s recliner” recliners — and we know you’ll love ’em as much as we do.

Our mission at SheKnows is to empower and inspire women, and we only feature products we think you’ll love as much as we do. Please note that if you purchase something by clicking on a link within this story, we may receive a small commission of the sale.