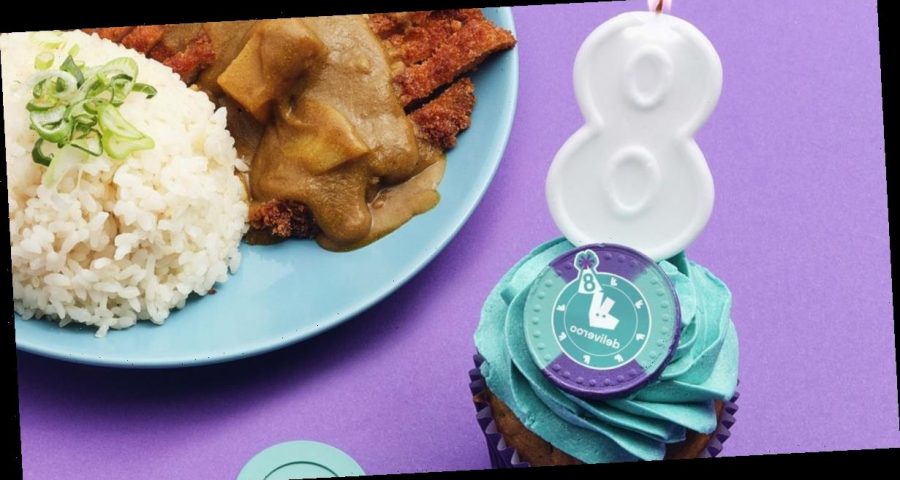 If you’re a foodie then it's likely you love trying the weird and wonderful dishes which pop up on Deliveroo.

Whether it’s a new cuisine, a popular international dessert or even something customisable – if it’s different, you want to know what it tastes like.

On top of loving a bit of novelty, most food-lovers have their favourite takeaway dishes.

That’s the ones you order again and again just because you’re craving it.

From a classic burger to a tasty curry or even a plate of humble chips – we’re all guilty of giving into temptation on the regular.

Well it's now the eighth year anniversary of Deliveroo and the takeaway delivery app has combined the nation’s favourite dishes with something unexpected.

Which flavour would you like to try? Tell us in the comments…

The app has created its own Cakeaway Roo-lette containing eight cupcakes which look completely identical, but taste very different.

Each sweet treat is flavoured like one of the app’s top selling dishes – and you have to take a bite to guess which one.

Deliveroo commissioned food scientists, The Robin Collective, to exclusively create the eight takeaway flavoured cupcakes which are all completely vegan.

To ensure all flavours are distinctive in taste, the method of reverse confit was used to pull through the recognisable top notes associated with each dish.

Yeah, it’s not your usual chocolate or vanilla that’s for sure.

Some of the cupcakes have a hint of spice while others are herby and some are sweet.

Each cupcake is topped with sweet blue icing and a Deliveroo disc of chocolate with the full set costing just 80p.

So get your friends and see who can guess which cake is which in this risky roulette game.

Brits can help celebrate Deliveroo turning eight by ordering the food game to their door from Deliveroo Editions in London and Manchester for 80p from 12pm on March 6 until March 7, or until sold out.

Which flavour do you hope you’ll bite into?