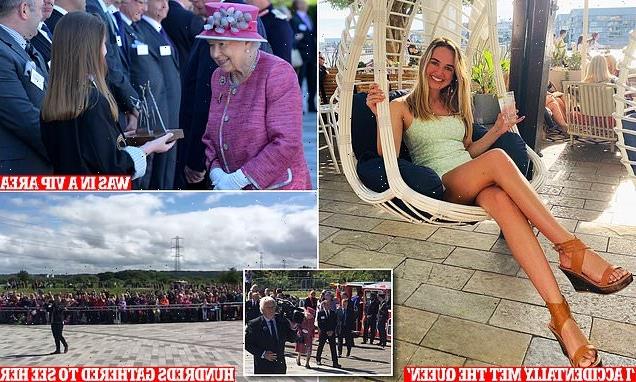 Australian woman reflects on ‘accidentally’ meeting the Queen in Scotland after walking into a VIP area at a royal engagement: ‘I couldn’t believe how close I was’

As Queen Elizabeth II’s coffin lies in rest at the Palace of Holyroodhouse in Edinburgh it brought to mind my own encounter with Her Majesty in Scotland five years ago.

As a young Australian journalist fresh out of university at 21 I was selected to conduct a traineeship at Daily Mail Scotland for eight weeks, flying from the winter climes of Sydney in July 2017 to what I thought would be warmer weather in Glasgow.

I packed a ski jacket just in case.

One of my very first stories involved travelling to the Helix in Grangemouth, Falkirk, on July 5 where a 91-year-old royal wrapped in swathes of delightful pink fabric was opening the Queen Elizabeth II Canal – so named in her honour.

The canal forms the eastern gateway to the Forth and Clyde Canal and flows right up to the acclaimed horse-head sculptures known as the Kelpies.

As with most royal events a number of press and photographers were invited to attend and among them was me, lanyard in tow, prepared to write about the grand opening moment. 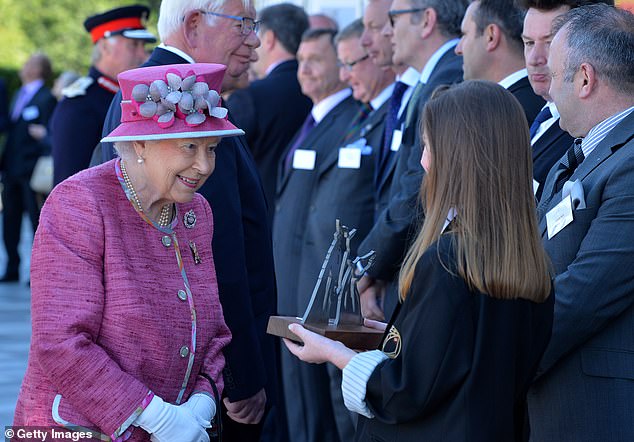 Her Majesty Queen Elizabeth II is presented with a keepsake at the Kelpies on July 5, 2017 in Falkirk, Scotland 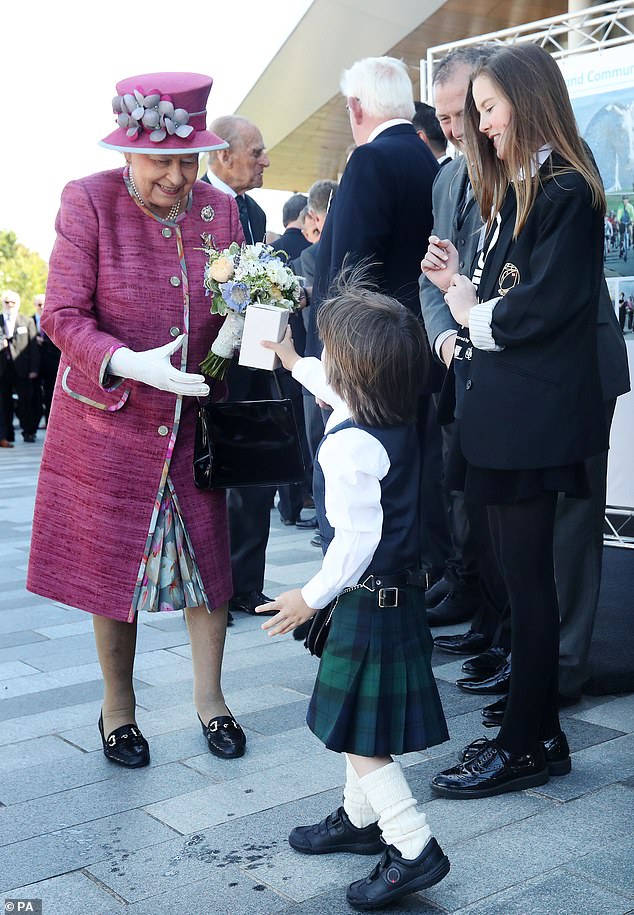 It was quite clear from the outset that I was foreign as I didn’t stop to mingle with the copious BBC journalists on site or the freelancers who traipse across the UK following Her Majesty.

In fact, I didn’t quite know where to even stand.

With a flourish of my lanyard marked ‘press’ I was ushered into a gallery of sorts – which was outside as the day was clear.

From there I watched on – and snapped a number of images – of the Queen and her husband, the late Prince Philip, leading a small flotilla onto a bunting-covered Seagull Trust boat named The Wooden Spoon which took them along the canal.

Hundreds of onlookers standing a few metres away from me behind a barricade cheered as they spotted the Queen’s hot pink hat exit the barge, followed closely behind by her husband and a number of officials.

I couldn’t believe how close I was standing to the most important person in the royal family.

The Queen smiled as she was introduced to two horses, Duke and Dan, who, as Clydesdales, are the same breed of horse which inspired Kelpies sculptor Andy Scott’s landmark sculptures.

Before long she wandered towards a group of dignitaries and children dressed in school uniforms and I discovered to my surprise that there was nothing stopping the press from following her up too.

She greeted each of the officials and children with ease, although didn’t extend her hand – which was wrapped in a white glove – before being offered a bouquet of flowers by five-year-old Sam Mitchell.

I joined the end of the line, still shocked I was even within touching distance of her pink raw silk coat, and waited for Her Majesty to walk by me. 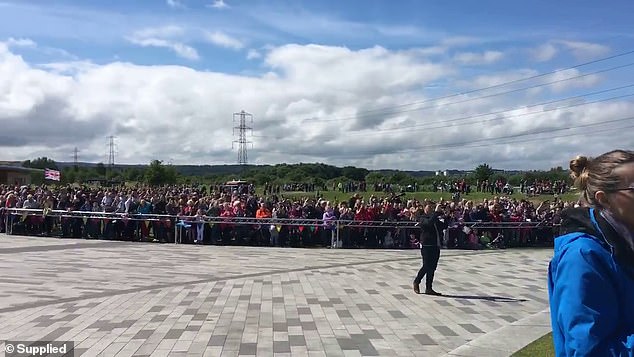 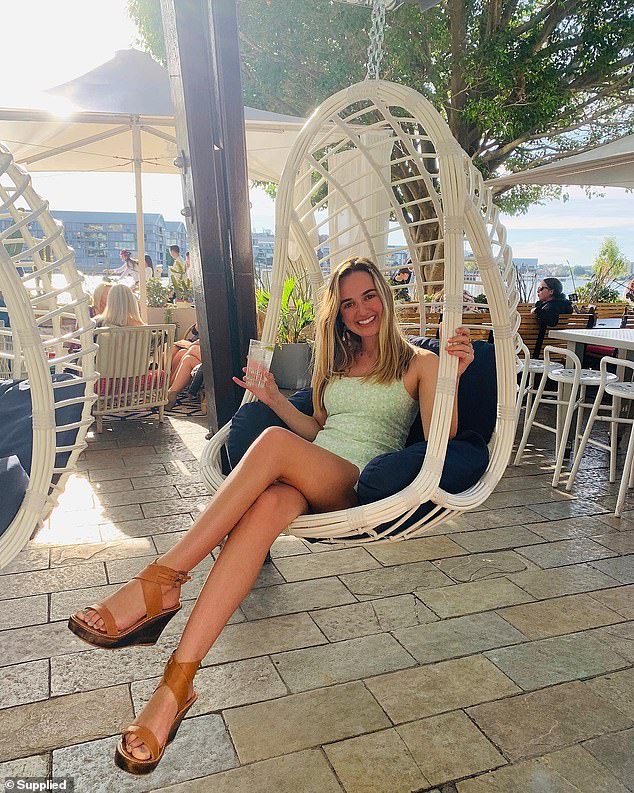 Not knowing how royal protocol worked I lightly bowed my head and replied ‘hello, how are you?’ with my Australian accent raising eyebrows from the suit-wearing men standing on either side

She walked slowly down the line that had formed and looked at me squarely, a smile already on her face, before uttering ‘hello’.

Not knowing how royal protocol worked I lightly bowed my head and replied ‘hello, how are you?’ with my Australian accent raising eyebrows from the suit-wearing men standing on either side.

The Queen didn’t seem to mind my colloquialism, continuing to speak to each person who had come to wish her – and her newly minted canal – well.

It was the briefest of moments but it struck me how many thousands of times within her 70-year reign Queen Elizabeth II showed she had time to say hello to her people. 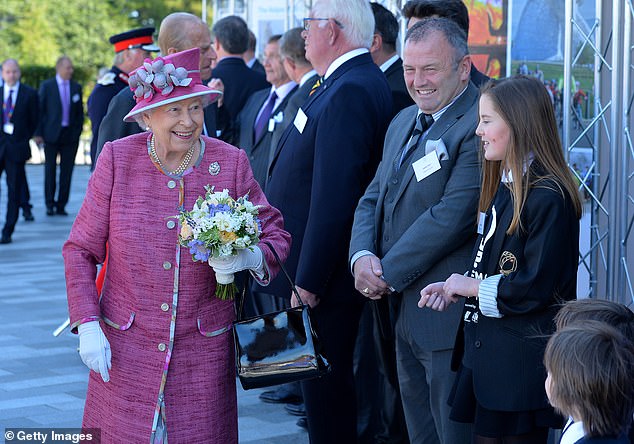 She spent more than hour at the Kelpies before visiting Stirling Castle where she was presented with the keys to the castle by the Earl of Mar and Kellie.

While most 91-year-old’s wouldn’t dream of the travel arrangements and number of greetings the Queen completed right up until the Covid pandemic began, she took every new day in her stride.

And so I mourn her loss alongside millions of others who will spend the next few weeks, months and years commemorating a woman who understood her duty above all else – and enjoyed it with a beaming smile.