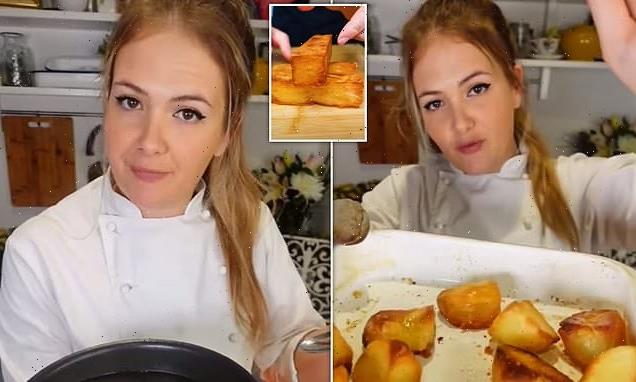 Michelin-trained chef, food influencer and Young Masterchef judge Poppy O’Toole has made it her life’s mission to perfect the art of the humble roast potato – sharing her tips for the classic spuds with her millions of followers.

The 28-year-old has an impressive 3.5million followers on her TikTok channel, where she shares her favourite food hacks – most recently running a ’12 days of Christmas potatoes’ series. 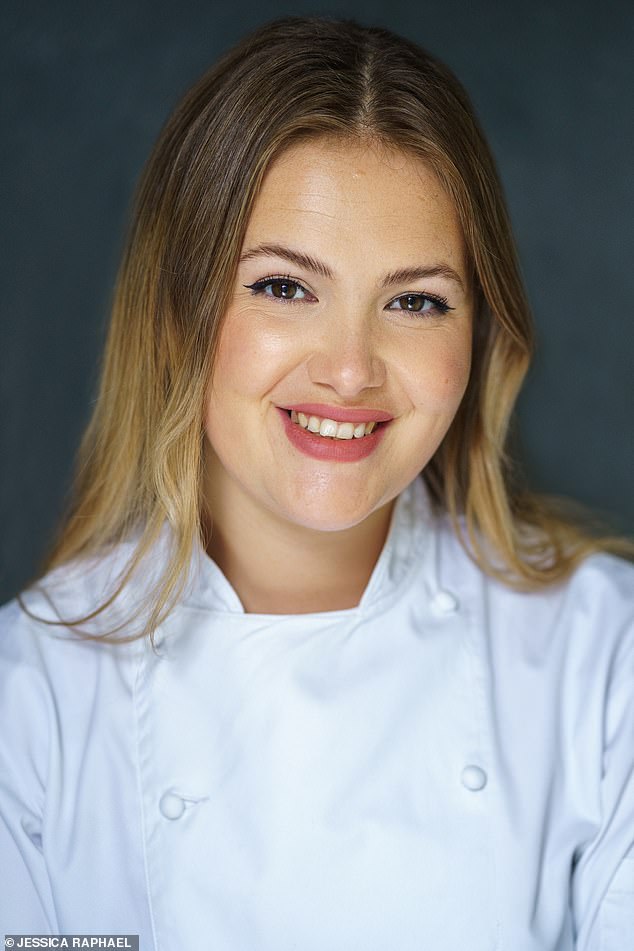 But she knows, as the star of any roast dinner, the roast potato is a tough nut to crack – and millions around the country are doing it wrong. From vegetable oil to marmite, Poppy has unique tips and tricks up her sleeve.

Poppy has now paired with MailOnline to share the secrets behind one of the nation’s favourite foods.

The influencer began working in high-end restaurants aged just 18, landing an apprenticeship at Purnell’s in Birmingham.

She soon moved to London to pursue her career, but lost her job when the pandemic hit in March 2020. 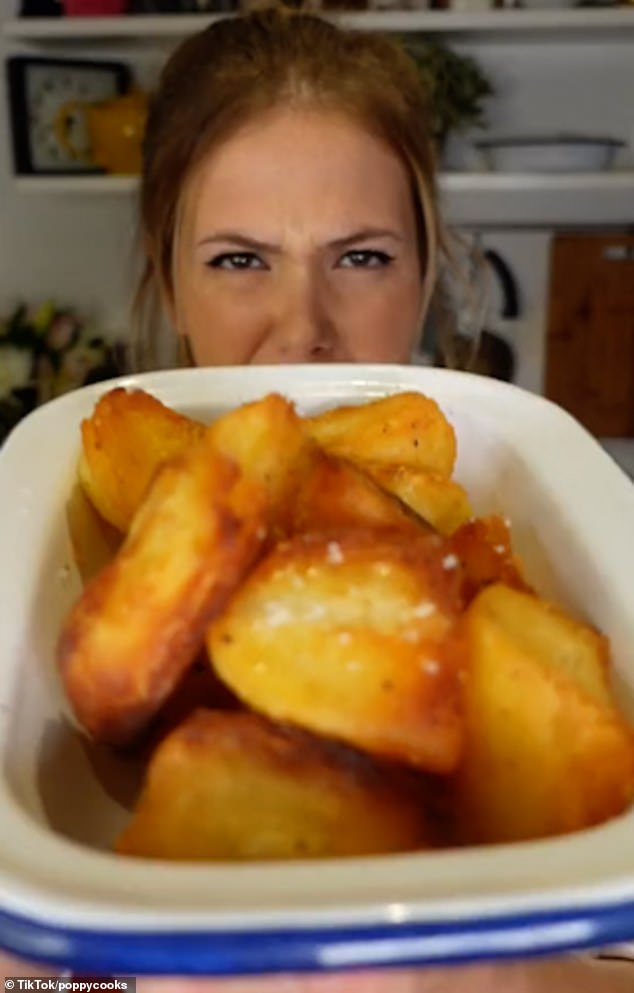 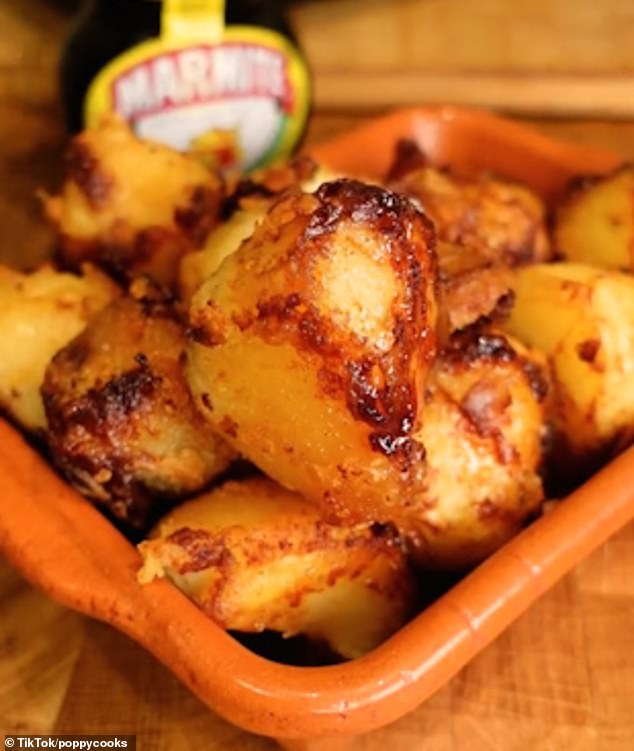 Poppy said: ‘I can safely say I’ve made it my life’s work to nail the perfect roast potato and I’m proud to say I’ve cracked it’ 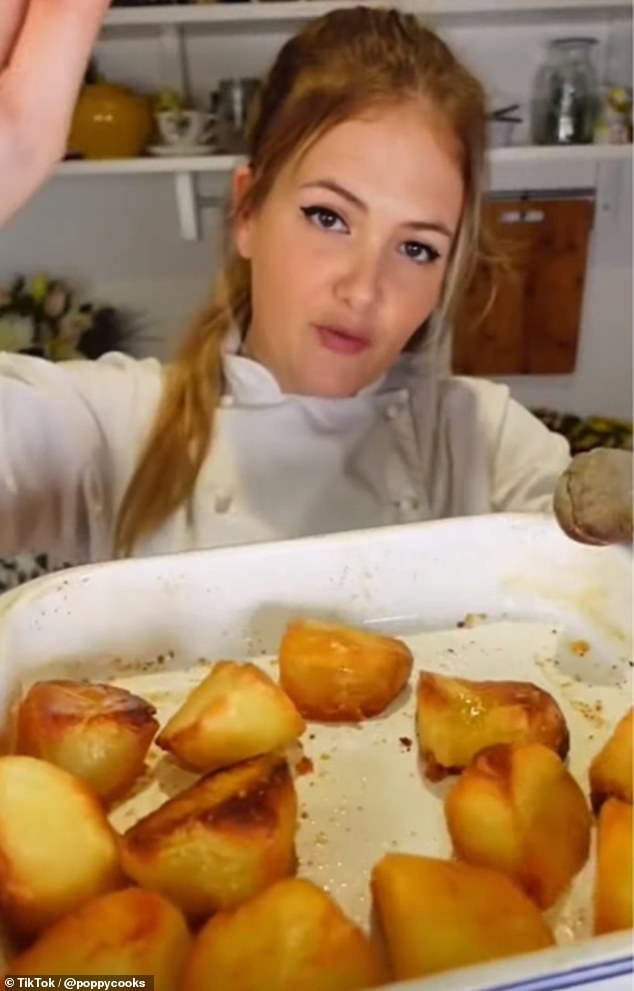 It was then she began making TikTok videos and dedicating time to her Instagram following, reaching 1.5million TikTok followers within 12 months.

She first went viral with a video explaining how to make McDonald’s-style hash browns.

The self-crowned potato queen, she told MailOnline: ‘I can safely say I’ve made it my life’s work to nail the perfect roast potato and I’m proud to say I’ve cracked it.’

To put her recipe to the test, Poppy says it is important to always parboil the potatoes before turning to the oven.

Fill a pan with potatoes and top with cold water – as the chef explains, ‘if you throw your chunks of potatoes into boiling water straight away, they will start to cook from the exterior and give an uneven cook – which means in the end you won’t get those perfectly fluffy spuds.

Bring the water to the boil and cook the potatoes until the ‘falling off the knife’ phase. 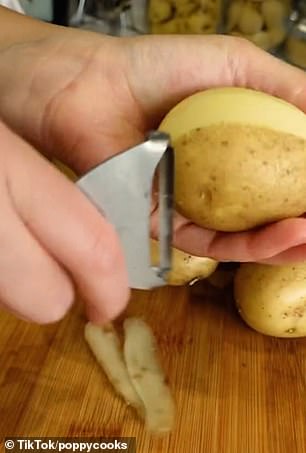 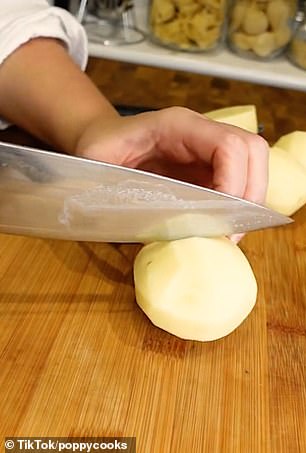 Poppy O’Toole regularly breaks down her roast potato routine for her 3.5million TikTok fans – as well as dozens of other potato hacks which elevate the humble spud 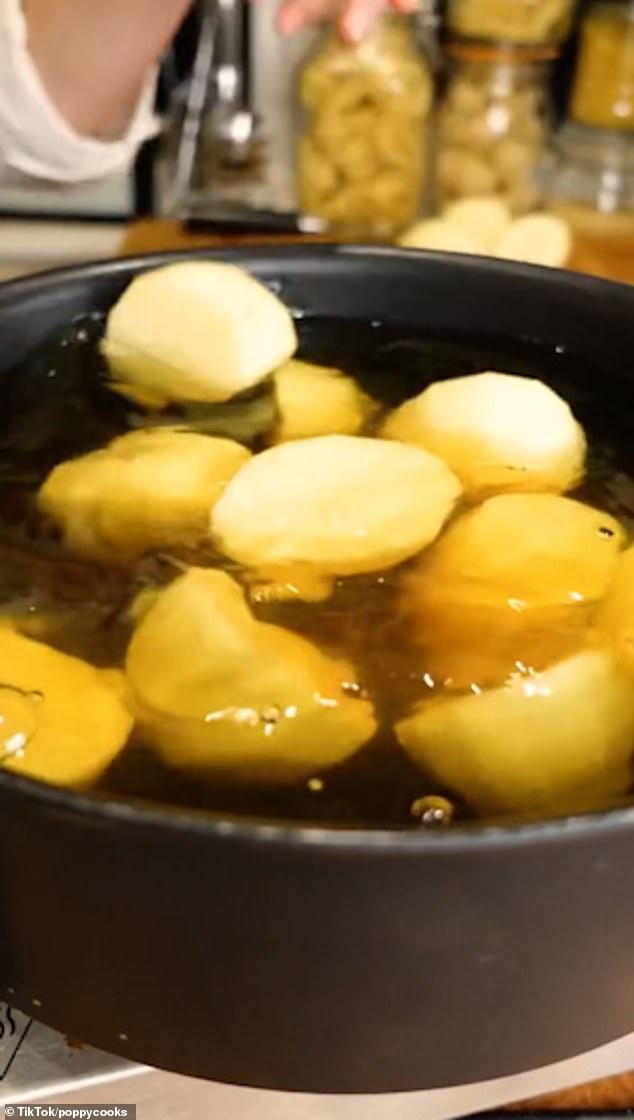 The chef says it is important to parboil the potatoes from cold water, as placing them directly into boiling water will lead to uneven cooking

This is a simple hack which allows anyone to check whether their potatoes are ready in seconds – simply poke them with a knife.

Poppy says: ‘To know your potatoes are ready, poke them with a knife and if they don’t stay on the knife, you’re good to go.’

The third step is to ‘steam-dry’. Drain the potatoes using a colander, then place the colander on top of the pan. Cover with a tea-tea towel and leave for 10-15 minutes.

After the time has passed, Poppy advises to toss the potatoes within the colander: ‘This will mean you get all the nice white bits around the potatoes which will equal the crispiness everyone loves.’

While waiting for the potatoes to dry, preheat oil in the oven. Poppy usually opts for plain old vegetable oil, but says that those looking for something a bit ‘extra’ can use goose fat or beef dripping. 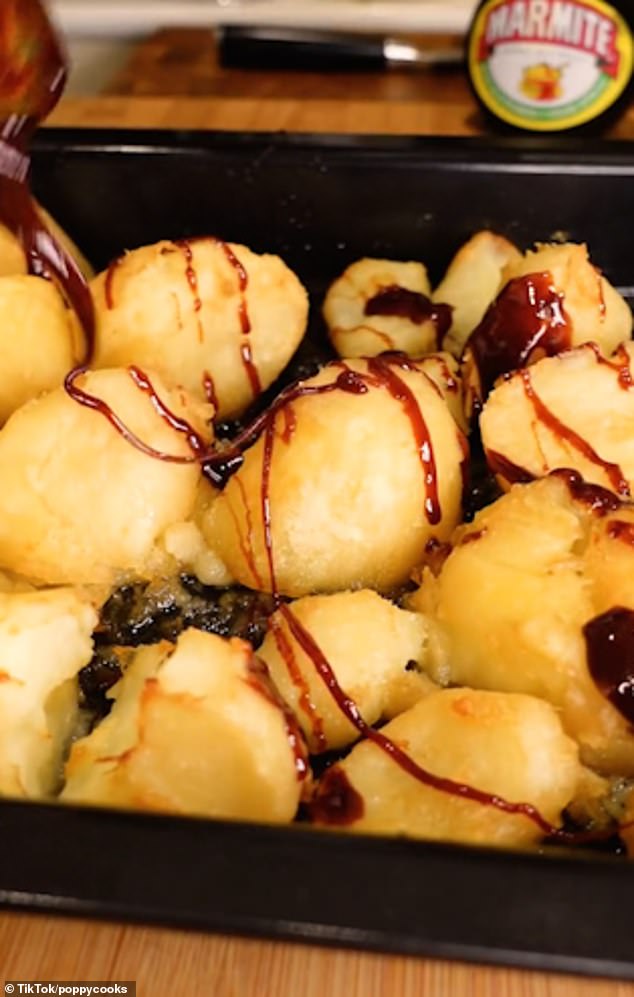 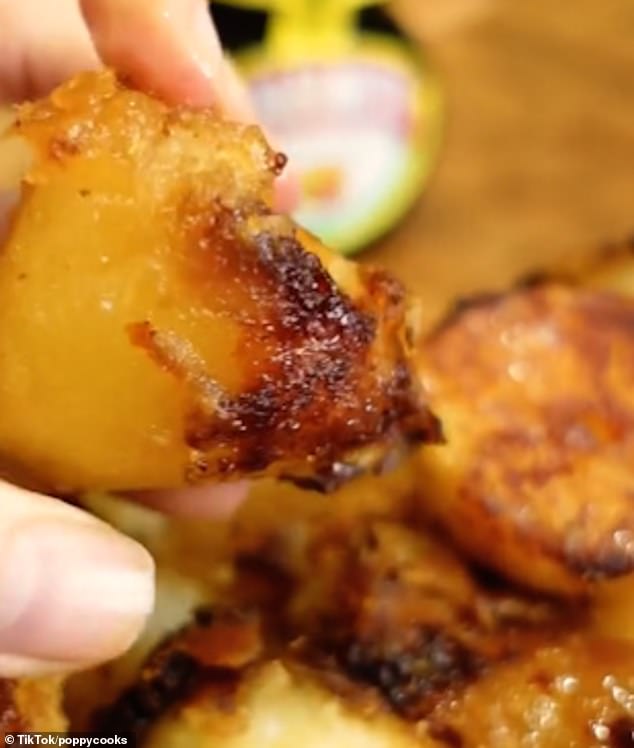 She also says to not hold back on seasoning, adding plenty of salt and pepper to the potatoes before cooking in oil

Poppy says: ‘Now pour them into preheated boiling hot oil and cook for 40-50 mins for the perfect spud.

‘I like it simply done with just veg oil and salt and pepper aplenty, but if you’re looking for something a bit extra, try goose fat or beef dripping instead of oil, or even pour a tablespoon or two of marmite over your spuds before putting them in the oil for a bit of an extra savoury kick.’

Marmite might seem a step too far for some, but Poppy’s followers assure us it’s delicious.

In 2021, Poppy released her own recipe book, Poppy Cooks: The Food You Need, in which she has a whole chapter on how to perfect a Sunday roast. 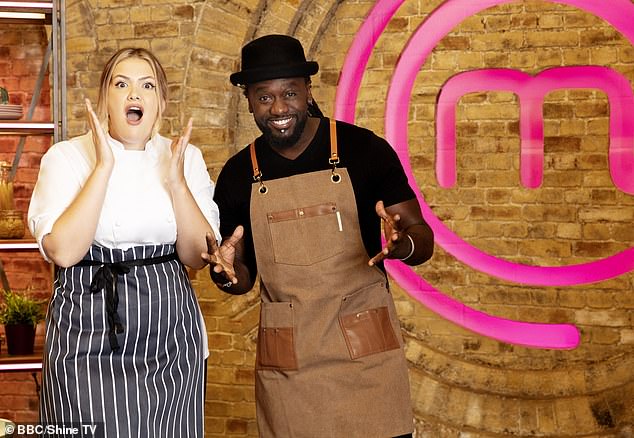 Poppy has just become a judge on the BBC’s Young Masterchef, which pits young cooking stars against one another (Pictured: Poppy O’Toole with fellow judge Kerth Gumbs)