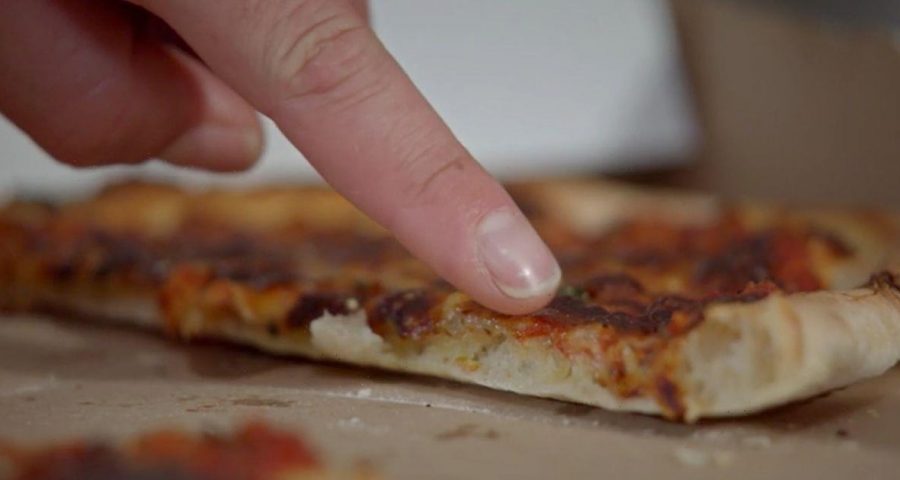 A new documentary spilling the secrets behind some of our favourite fast foods has revealed how to make shop-bought pizza taste as good as a takeaway.

The dough and topping turn out better if cooked under the grill and, to make the dough really crisp underneath, you need a "secret weapon".

Alexis then held up a baking steel which he said was "really heavy" and absorbed heat until it was "extremely hot".

Baking steel is not the same thing as a pizza stone, which takes longer to heat up. He said: "What you do is you put this in your oven, wack it up to your top temperature [grill] in your high shelf, and what happens is that is so hot it cooks your base.

"It's what you like, doughy, and gave the dough a time to rise because it has been cooked from the bottom.

"While the grill is melting everything above."

Alexis cooked two identical shop-bought pizzas – one with the pre-heated pizza stone under the hot grill, and the other on a metal tray using the fan oven setting.

The pizza tasters on the show identified the fan oven pizza as "shop-bought" but were deeply impressed with the taste of the stone-baked one.

One of them gushed: "I think if this came in a Dominoes box I probably wouldn't be able to tell the difference, apart from the crust.

"Whereas that one [nods to fan oven cooked] tastes more like a supermarket pizza, like a frozen pizza."

Alexis said the baking steel was a great way to get heat "you'd otherwise not able to achieve outside of a professional kitchen".

In the same episode, the TV host spilled the beans on how to save money and get cheaper pizza takeaways.