Sports fans got a glimpse of what kind of year it was going to be in January with the death of an NBA legend, Kobe Bryant. From there, the coronavirus pandemic and civil unrest that spread across the country couldn't help but impact the sports world.

It was a year many of us would prefer to forget. But that doesn't mean there weren't memorable quotes that defined the way we thought and felt about sports in the year 2020.

FROM LEBRON TO OSAKA:: 20 sports figures who made the world a better place in 2020

THE JOY WE NEEDED: Heartwarming sports moments of 2020

USA TODAY Sports looked back on the year that was and the quotes that have stuck with us. Here are some of the highlights: 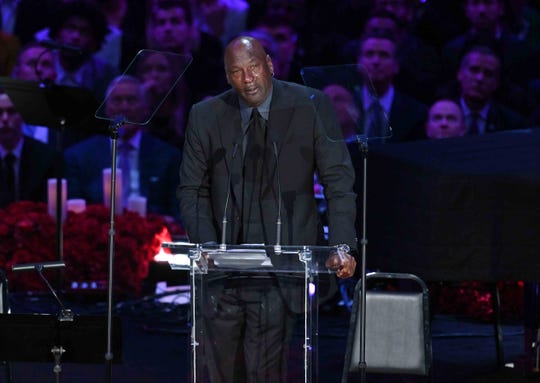 2 — "The thing that hurt me was all the stuff that I wanted to say, I hadn't said it. I never said it." – NBA Hall of Famer Shaquille O'Neal to USA TODAY's Mark Medina on his up-and-down relationship with former teammate Kobe Bryant.

3 —"I wish I would have taken this thing more seriously and I hope everyone else will do so because we can do it together. Take care and stay safe." – Utah Jazz forward Rudy Gobert, whose positive COVID test resulted in the immediate postponement of a Jazz-Thunder game in March and the suspension of the NBA season. Other sports leagues quickly followed suit as the virus quickly began to spread.

4 —“The first four, five days I was honestly nervous. I wouldn’t say that I thought I was going to die or anything like that, but it did cross my mind a little bit.” – Denver Broncos linebacker Von Miller on contracting and recovering from COVID-19.

5 — "It feels like 162 right now … Actually, it doesn’t feel like a shortened season, for the mental grind everyone has had to go through and change." – Atlanta Braves manager Brian Snitker in mid-September, on the rigors of playing a 60-game MLB season through COVID-19.

6 — “I know the NCAA is worried about the end game. They’re not as worried about the game we’re playing right now.” – Duke men's basketball coach Mike Krzyzewski, who vented about the NCAA's decision to "plow" through the 2020-21 season early on amid the coronavirus pandemic in order to have March Madness after the 2020 NCAA Tournament was canceled due to the virus.

7 —"I learned early on that in fighting against systematic oppression, dehumanization and colonization, who controls the narrative shapes the reality of how the world views society. It controls who’s loved, who’s hated, who’s degraded and who’s celebrated.” – former NFL quarterback Colin Kaepernick told USA TODAY Sports about his plight to fight against injustice and what prompted him to originally kneel during the national anthem. 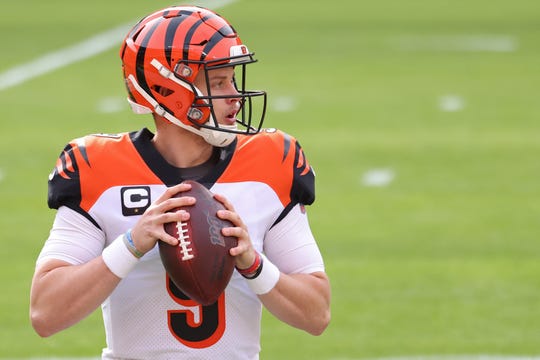 9 —"It's amazing why we keep loving this country, and this country does not love us back." – Philadelphia 76ers coach and former L.A. Clippers coach Doc Rivers following the Jacob Blake shooting.

10 — "What was the message you got? … I feel like the point is to make people start talking." – Naomi Osaka when she was asked about her pre- and post-match masks at the U.S. Open, each with the name of a different Black American killed by racial profiling or unnecessary police violence.

Naomi Osaka replies to Tom Rinaldi’s question about the message behind wearing masks with names of Black people killed on them: “Well, what was the message that you got? … I feel like the point is to make people start talking.” pic.twitter.com/SBWGaDJqaJ

12 — “I definitely want to extend some advice to all the kids out there: keep dreaming big. These opportunities, they’re closer than you think.” – Tampa Bay Rays outfielder Brett Phillips, after his walk-off hit made him a most unlikely hero in the Rays' 7-6 victory in Game 4 of the World Series.

13 — “That’s what (Vanderbilt coaches) have done the entire time. It was (based on) if I’m good enough to do it. It wasn’t because I was a girl." – Vanderbilt kicker Sarah Fuller, who became the first woman to score in a Power Five college football game.

14 —"How about these Fighting Rece Davises?" – Northwestern football coach Pat Fitzgerald after a comment by ESPN analyst Joey Galloway helped fuel a 17-7 victory over Wisconsin by comparing the athletic abilities of the Wildcats players to those of his ESPN colleague Rece Davis.

15 — “I proved that I can get it done on Sunday with the lead at a major, especially in tough conditions … because I’m sure a lot of y’all think there were doubts in my mind, just because I had been there.” — golfer Dustin Johnson, on putting tragic near-misses and collapses in the final rounds of past majors behind him by winning The Masters in November, a little over a month after testing positive for COVID-19.

16 — "I want to see female commissioners, presidents, owners. What I want to see most is women reaping the benefits of the work that they've sown." – L.A. Sparks forward and WNBA players association president Nneka Ogwumike to USA TODAY's Nancy Armour on the state of the league after ratifying its new collective bargaining agreement.

17— "Listen, I can’t stop smoking. I smoked during fights. I just have to smoke, I’m sorry. I’m a smoker. … I smoke everyday. I never stopped smoking." – Mike Tyson on his usage of marijuana before fights. The 54-year-old said he smoked marijuana right before he fought Roy Jones Jr. in late November in his celebrated return to the boxing ring. 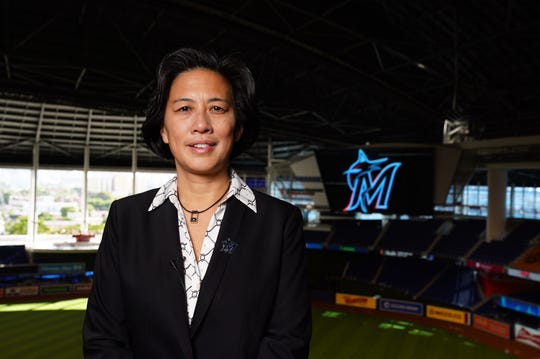 19 — "I'm pissed. I'm mad because people are trying to test my character and the person that I am and my integrity. They're not stealing that from me, but trying to test that." – NASCAR driver Bubba Wallace after the FBI conducted an investigation into the noose that was found in his garage stall at Talladega Superspeedway on June 21, and determined the incident was not a federal crime because the noose was found in the same garage as early as October 2019. Wallace did not find the noose himself and NASCAR initially condemned the incident as a hate crime.

20 —"It became personal with me." – Michael Jordan in "The Last Dance," (several times) about his various opponents. With no live sports on television for months, the ESPN docu-series on the Chicago Bulls' NBA dynasty of the 1980s captivated fans. Jordan's chip-on-his-shoulder mentality spawned countless "… and I took that personally" memes on social media – even though the reaction image never actually appeared in the documentary.