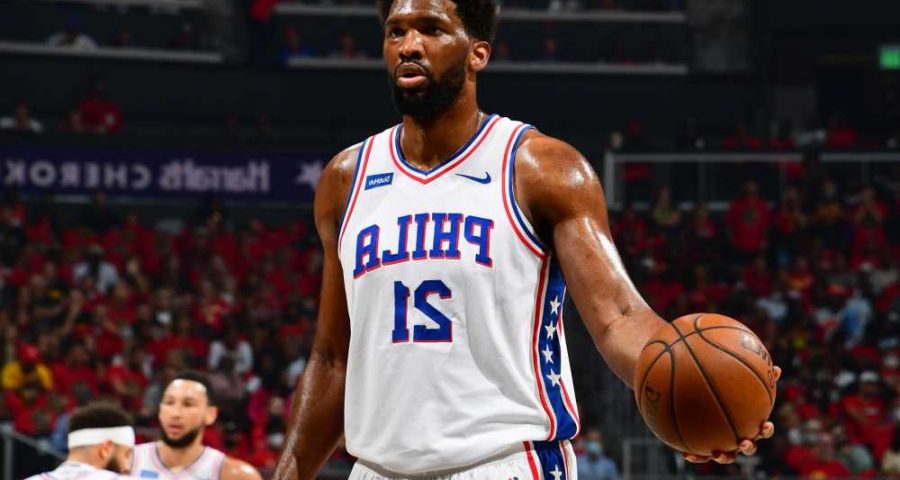 One of Nets’ stars pushing for shocking Game 5 return

Time for Nets to prove they’re a true team

The worst version of Joel Embiid showed up at the worst possible moment.

Bothered by an ailing knee, the MVP runner-up slogged through a dismal 0-for-12 shooting performance in the second half of Game 4 between his 76ers and the Hawks. In the process, Philadelphia managed to blow an 18-point lead and let Atlanta steal a 103-100 victory, evening the Eastern Conference semifinal at two games a piece.

The star big man partially tore the meniscus in his right knee during the Sixers’ first round series against the Wizards, but he looked healthy and dominant as ever in the first three games against Atlanta, averaging over 35 points and 10 rebounds a game. But in Game 4, something shifted, and in the first half he was forced into the locker room for an examination.

He came back out in the second quarter but clearly wasn’t right. And in the second half he took a dozen shots, with none of them going in.

The most notable miss occurred with less than ten seconds left, his team down by one. Embiid got an open look under the basket – but badly missed the layup.

“Great look. Great look. I just didn’t have the lift,” Embiid said, per ESPN. “Thought I got fouled too. But usually, I would go up, especially for a bucket like that, try to dunk it. Try to get fouled and get an and-1. But … not being able to jump for obvious reasons. … It’s tough.”

It was one of many times in the postgame press conference that Embiid admitted the knee was bothering him. Asked whether or not the knee was the reason he retreated to the locker room in the first half, the seven-footer confirmed it was.

“I guess it’s already known,” Embiid said. “Don’t need to explain … I’m just trying to do the best I can.”

Embiid still finished with 21 rebounds, so he was still able to have an impact on the game. But with the series headed back to Philadelphia for a crucial Game 5, the Sixers need his offense if they want to regain control over the series. Ben Simmons is averaging just 13.8 points per game in the postseason, and Tobias Harris and Seth Curry can’t carry the scoring load by themselves if Philadelphia wants to keep up with Trae Young and company.