ALL ELITE WRESTLING have announced Jade Cargill has signed a ‘multi-year deal’ with them.

The stunning 28-year-old has already made waves as a fitness model, attracting a large audience on social media. 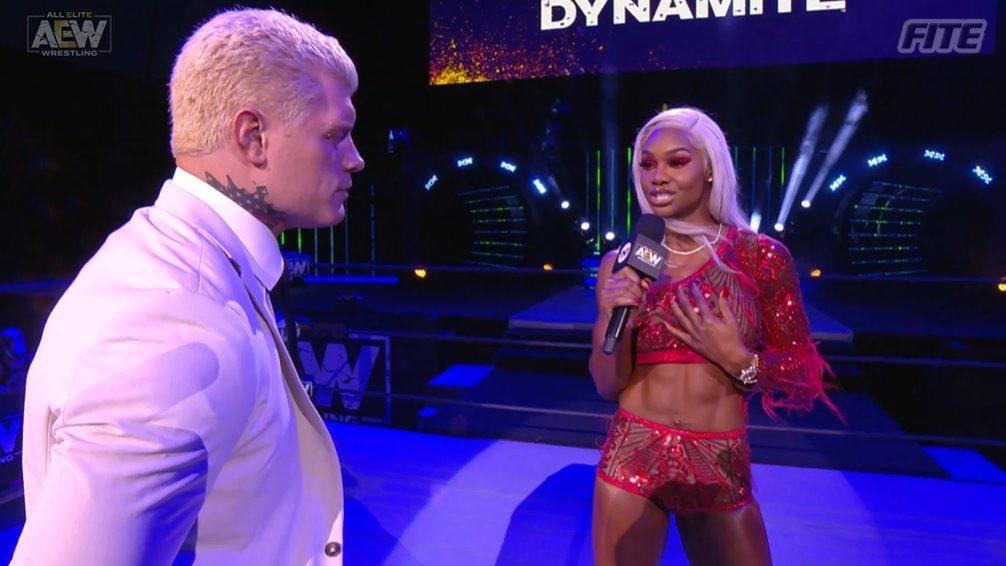 And that led to an explosive debut on this week’s episode of AEW Dynamite in which she confronted Cody Rhodes and his wife Brandi.

Now the wrestling company’s CEO Tony Khan, who also owns Premier League club Fulham, has revealed fans will be seeing a lot more of her.

“Jade is an amazing athlete, and she’s an exciting addition to our women’s roster.

“I’m confident that fans will enjoy getting to know Jade’s strong personality and watching her development as a wrestler after her surprising confrontation with Cody and Brandi Rhodes last night on Dynamite.”

Jade, who played basketball at Jacksonville University in Florida., brings a high level of athleticism and intensity to AEW’s female roster.

And she is clearly not she when it comes to making an instant impact.

MJF when he was interrupted by Jade, who proceeded to run down Cody’s ‘Giant Killer’ moniker.

Cargill then revealed she knows a real giant, none other than NBA legend Shaq.

Cody’s wife Brandi then stormed out to defend her husband’s honor.

But Cargill declared: “I joined AEW because here I have a voice.

“I’m ready to shake up the women’s division, and I’m going to flip this promotion on its head.”