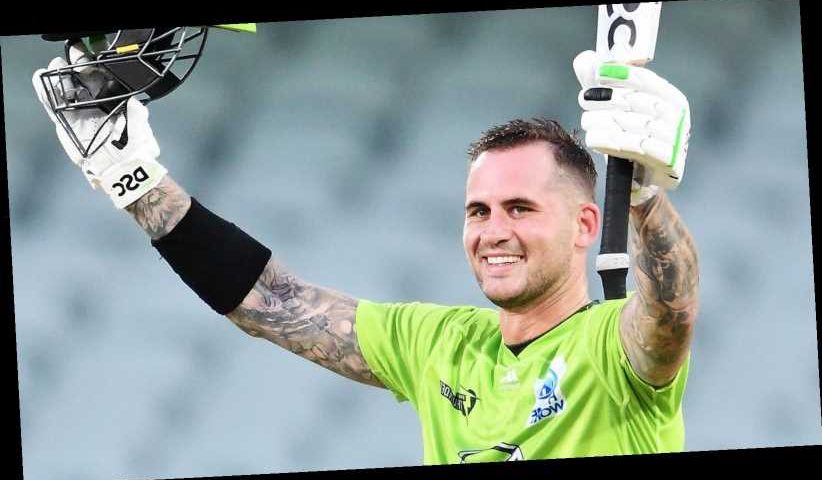 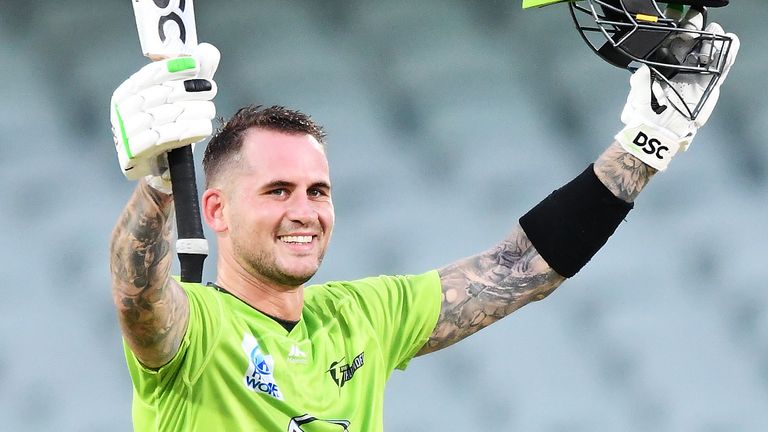 Alex Hales blasted a punishing 110 off 56 balls as Sydney Thunder crushed Sydney Sixers by 46 runs after posting a record Big Bash League score of 232-5, in Adelaide.

Hales smote eight sixes and nine fours in an innings with a strike-rate of 196.43 as Thunder eclipsed the previous highest score in the tournament off 223-8, made by Hobart Hurricanes in 2017.

Amid the onslaught, Ben Dwarshuis returned figures of 3-38 off his four overs, while Carlos Brathwaite (1-40) picked up the wicket of Hales with the penultimate ball of the 19th over.

Sixers fell well short of their imposing target, reaching 186-5 in reply on the back of a half-century from Moises Henriques (56 off 35) and 42 from Jordan Silk.

Opener James Vince could not match the fireworks of his compatriot Hales but did contribute 38 off 23 balls.

Hales last played for England in March 2019 but has been in the wilderness since being withdrawn by the ECB from Eoin Morgan’s World Cup squad after reportedly failing a drugs test.

Last May the right-hander said he has “matured” as a player and person and expressed hope at getting back into England’s international plans.