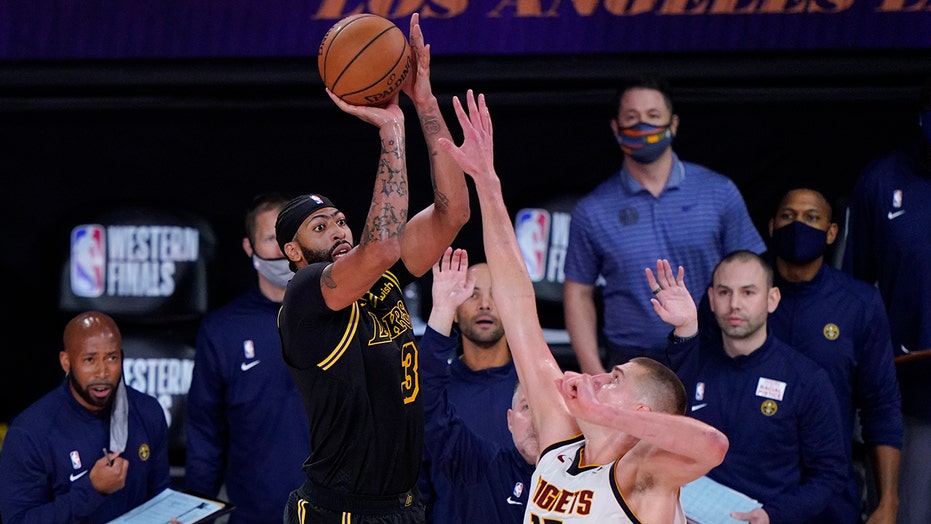 Anthony Davis nailed a buzzer-beating three-pointer to lift the Los Angeles Lakers over the Denver Nuggets in Game 2 of the Western Conference Finals on Sunday night.

The play unfolded with 2 seconds remaining in the game. Los Angeles had the ball out of bounds underneath their own basket when Davis received the pass.

The big man had Nikola Jokic’s hand in his face and got the ball off with about 1.5 seconds left on the clock and drained the shot before time expired.

LeBron James helped him out with 26 points, 11 rebound and four assists. Danny Green finished plus-10 for the game. He had 11 points and was 3-for-10 from three-point range.

Denver came roaring back after being down 16 points at one point during the game.

Jokic finished with 30 points in the loss. He also had six rebounds, nine assists and four steals in the game. Jamal Murray played 44 of the 48 minutes in the game. He scored 25 points and grabbed six rebounds. Michael Porter Jr. had 15 points off the bench.

Those three players were the only Nuggets who were in double figures.

Game 3 between the two teams is set for Tuesday.