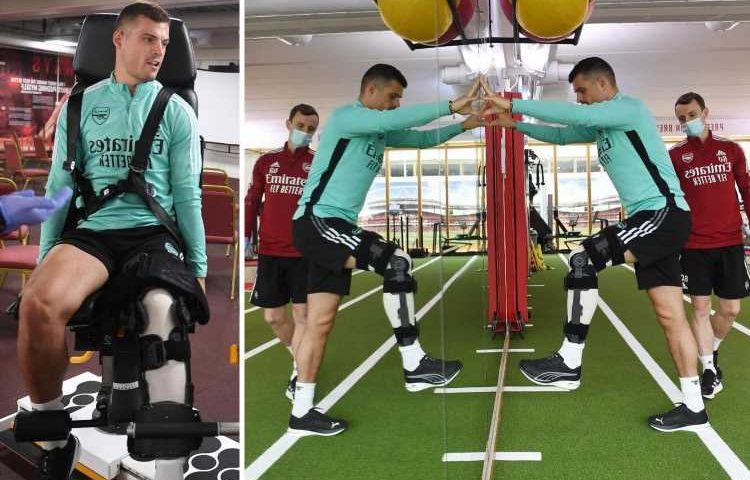 GRANIT Xhaka is back in the gym less than three weeks after hobbling off in the North London derby win against Tottenham.

The 29-year-old was initially ruled out for three months with a knee injury – but is working in the gym at Arsenal's London Colney base in a bid to make a return as soon as possible. 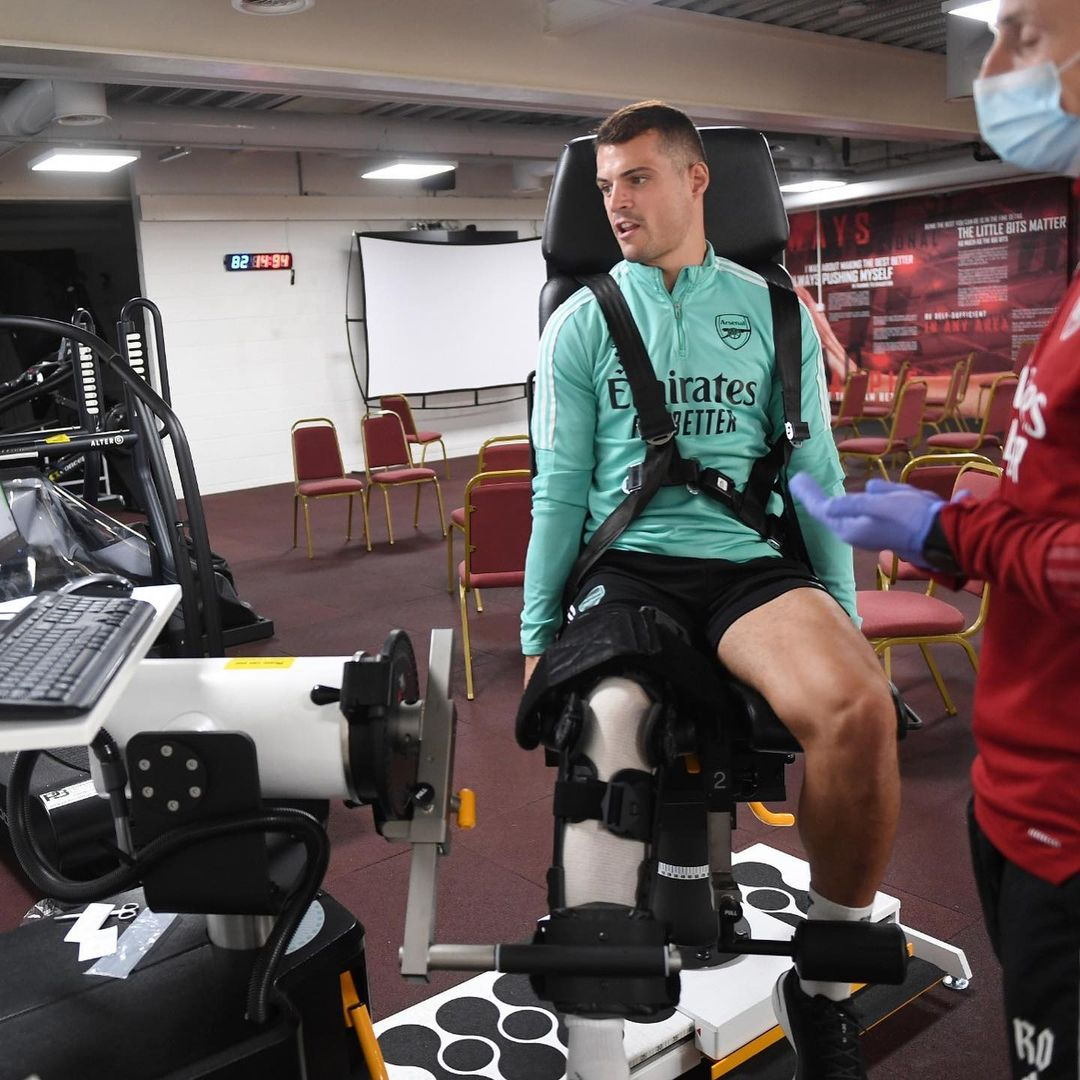 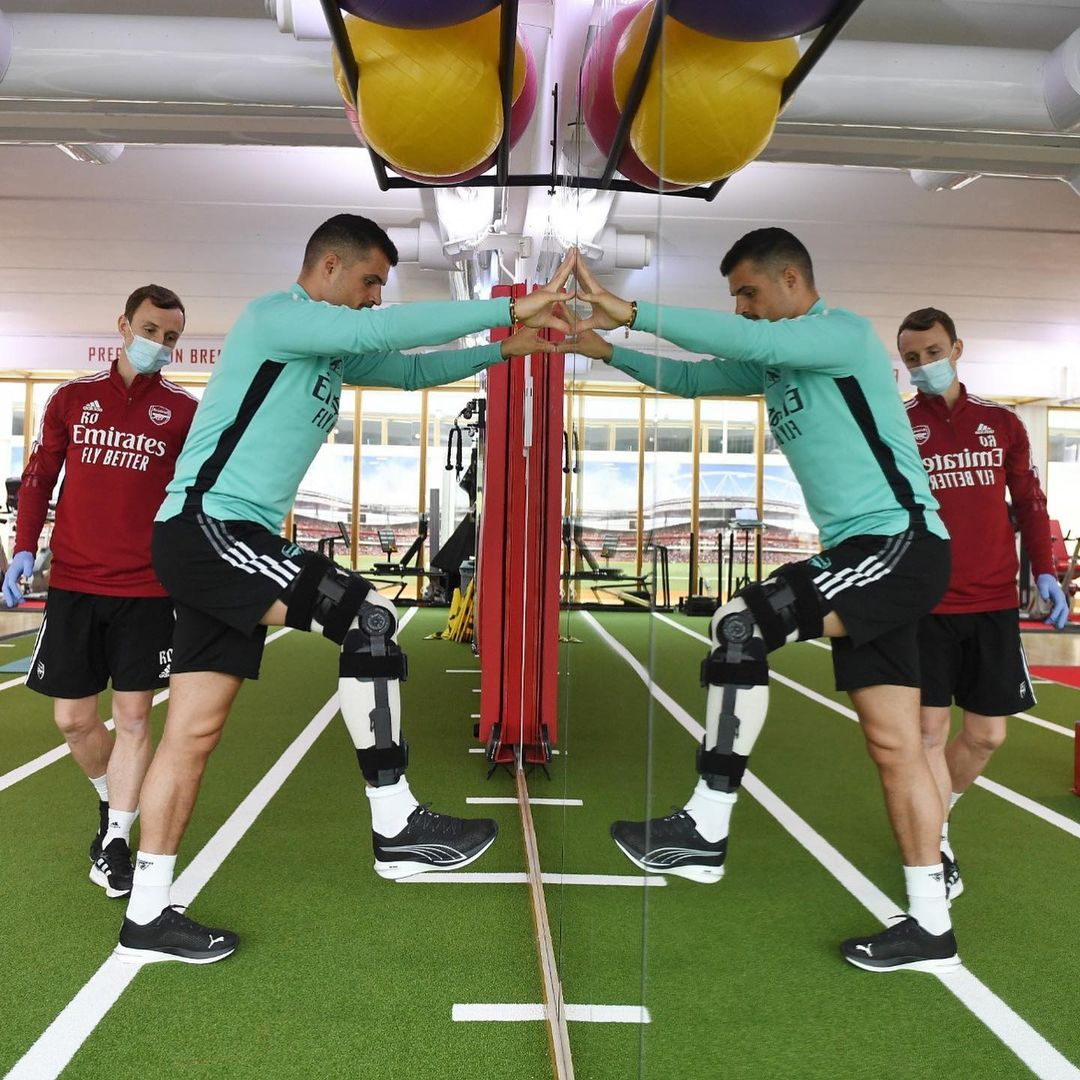 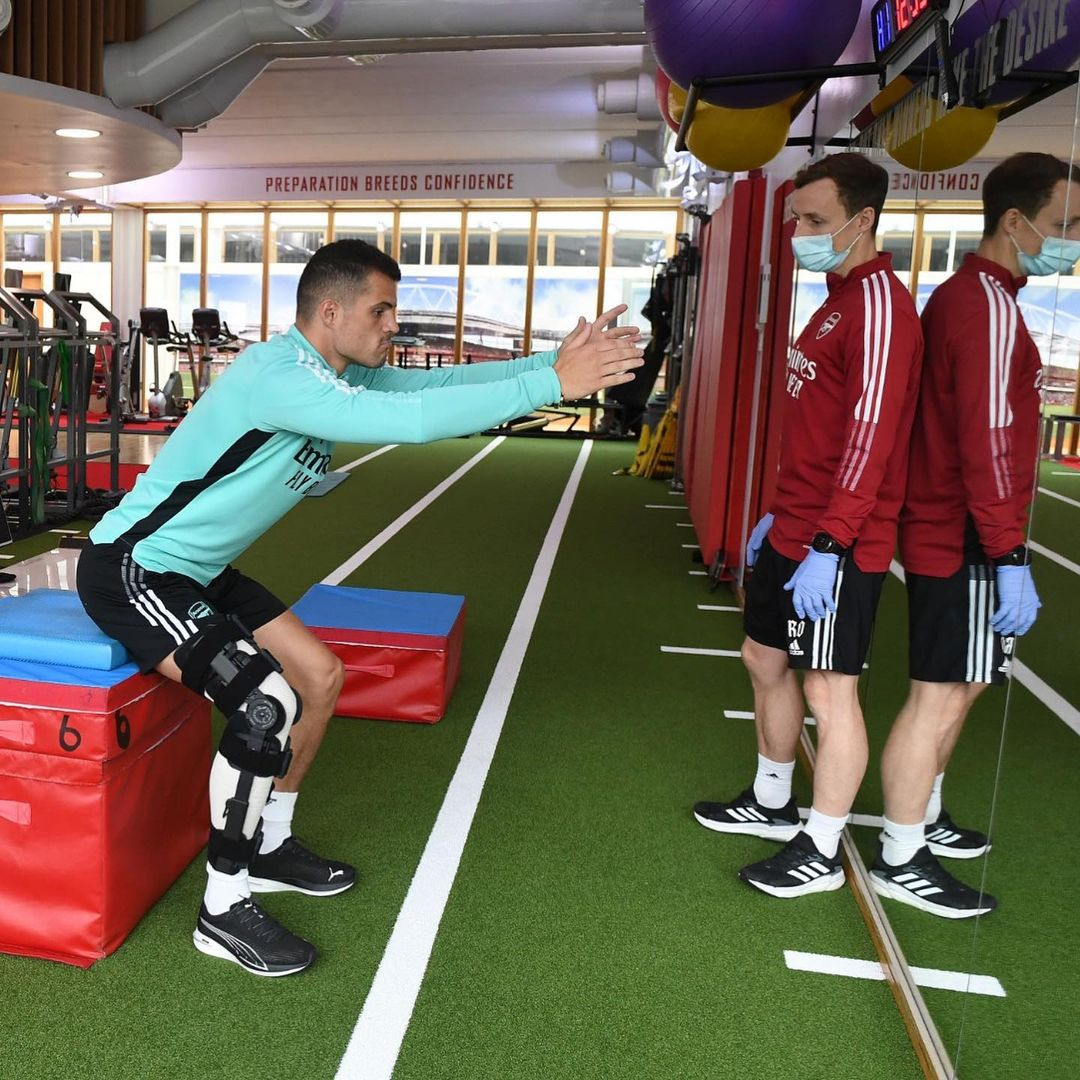 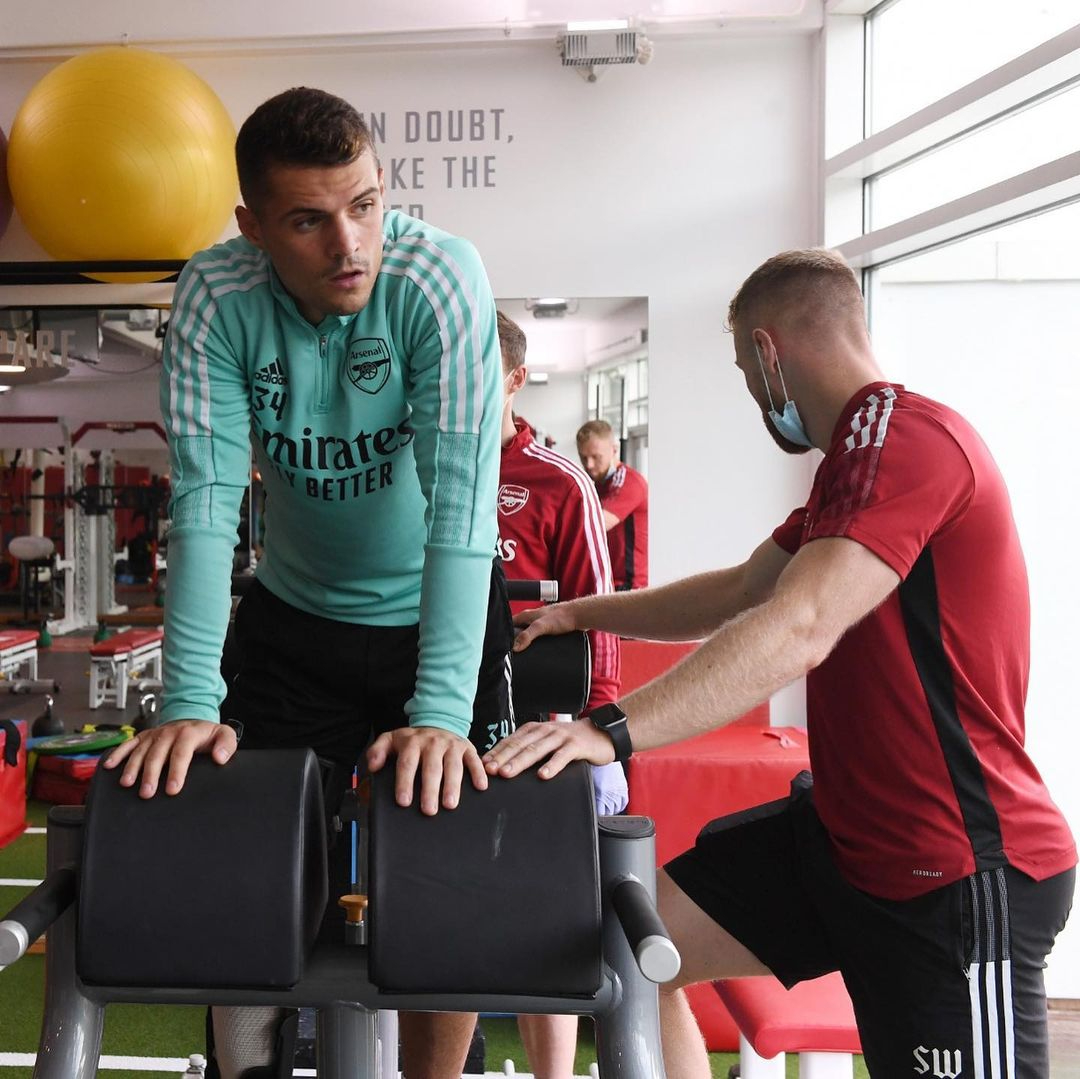 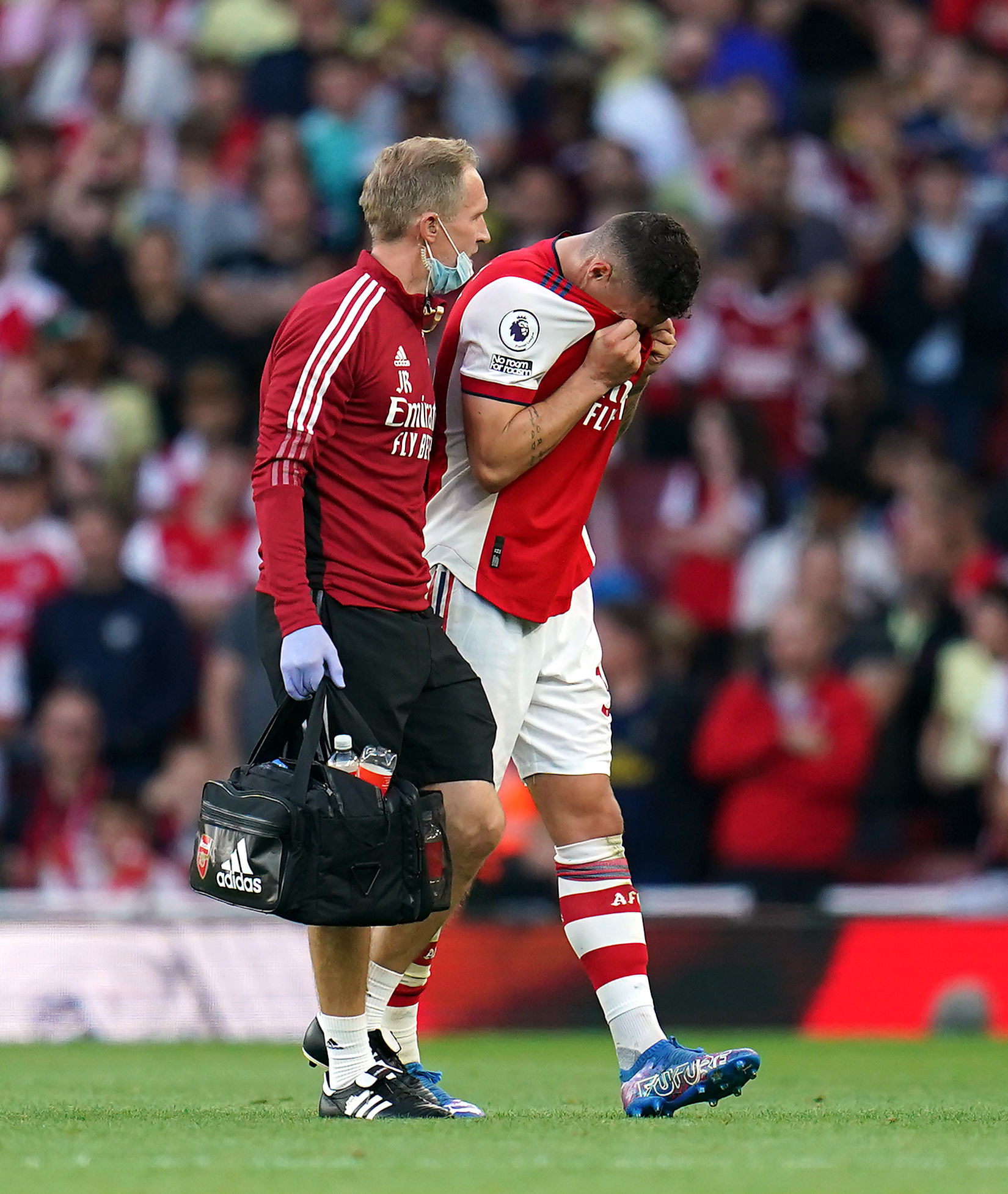 In a post to his 2.2million Instagram followers, the Swiss international shared pictures of him exercising his injured knee while wearing a brace.

And he simply captioned it: "Work mode."

The midfielder suffered damage to his medial ligament after an accidental clash with Lucas Moura in September.

Arsenal confirmed the news in an official statement on September 29, giving a three-month timeline for Xhaka's return.

Were he to stick to that schedule exactly he would theoretically return for the Boxing Day trip to Norwich, or the home game against Wolves on December 28.

But it's still too early for an exact return date.

The club's official statement after he suffered the injury read: "Further to injuring his right knee during Sunday’s match against Tottenham Hotspur, assessments and scans have confirmed that Granit Xhaka suffered a significant injury to his medial knee ligament.

"A specialist consultation took place in London on Tuesday evening which has determined that Granit does not require surgery.

"Granit’s recovery and rehabilitation programme will start immediately and we are aiming for him to be back in action in approximately three months.

"Everyone at the club will now be supporting and working hard with Granit to get him back on the pitch as soon as possible."

Xhaka's continued absence is a blow to Mikel Arteta as the Gunners go into a busy period ahead of the next international break at the beginning of November.

Arteta's side host Crystal Palace and Aston Villa in their next two games, before the Carabao Cup last-16 clash against Leeds.

A tricky trip to Leicester follows, with Watford then the visitors to the Emirates – all within the next month.

And Xhaka's injury came at a time when the Gunners were just starting to build momentum.

After finding themselves BOTTOM of the Premier League table after three games Arteta's side are unbeaten in their last four in the league – conceding just once in that period.

It's seen the North Londoners jump to eleventh in the table heading into matchday eight of the campaign.