ARSENAL and Chelsea fans have been left furious after finding out there are no direct flights from London to Baku for the Europa League final.

Just eight miles separates to the two clubs in the English capital, but supporters now face a gruelling 2,468-mile trip to watch them battle it out in Azerbaijan. 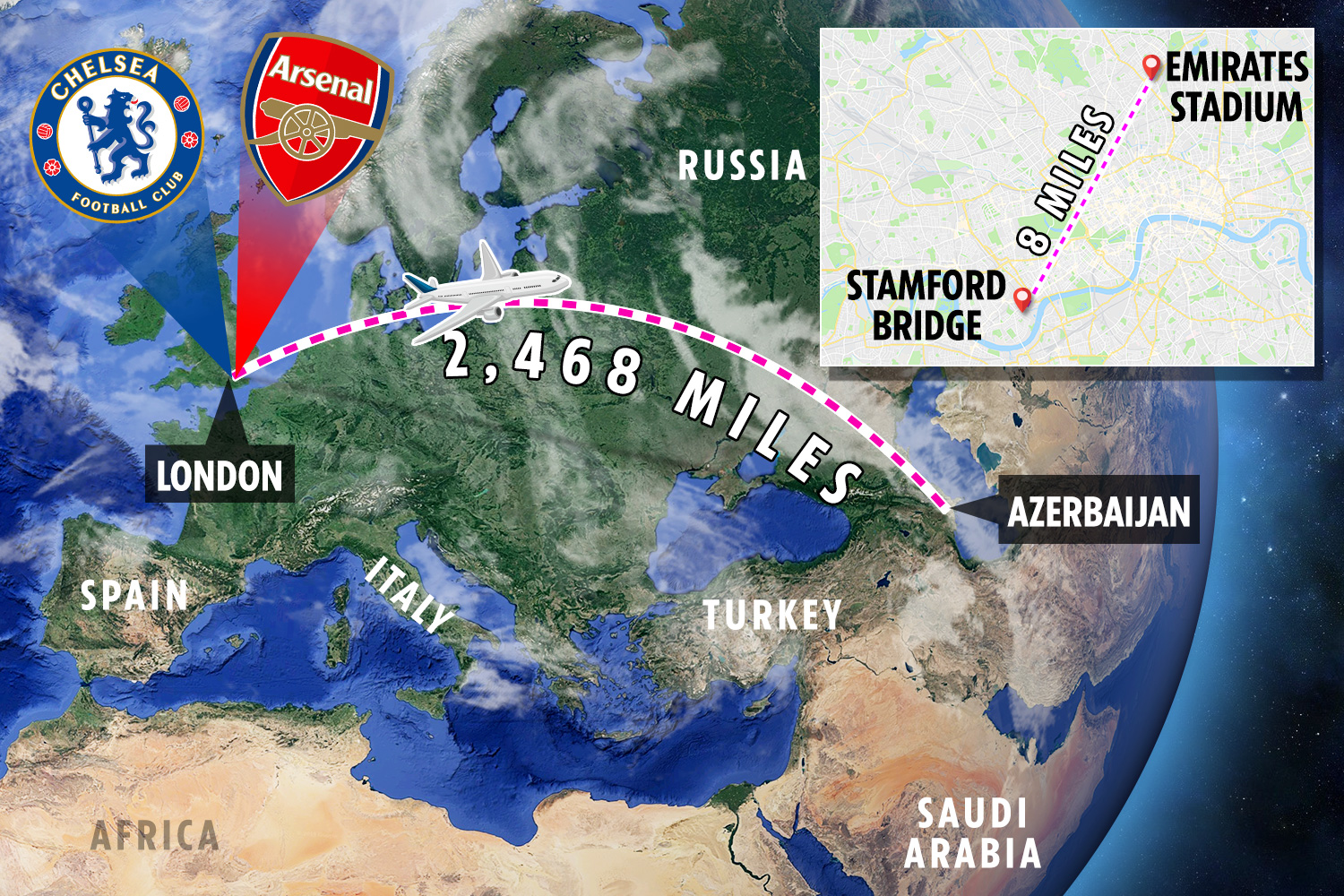 Many fans will miss out on the chance to go to the game after Uefa allocated each team just 6,000 tickets.

But the supporters that are lucky to secure a seat in the 68,000-capacity arena have a tough journey ahead.

There are no currently no planned flights from any of the London airports to Baku on the week of the final.

It looks likely that they will have to fly to Istanbul or Kiev before changing planes – which could take more than 10 hours in total.

One option would be for fans to fly out the Azerbaijan's capital on the Saturday beforehand and return one week later.

But prices of hotels in the local area are expected to rocket, so this would not be a cheap option.

Taking public transport would take an estimated four days including a 51 hour train journey from Ukraine to Baku.

Driving from London would take around 56 hours and would involve driving through the likes of Belgium, Hungary, Bulgaria and Turkey.

Chelsea have offered their loyal fans a special day trip offer which will cost them £979.

It is understood that travelling supporters will also have to apply for a visa to be granted access into Azerbaijan.

Arsenal cruised past Valencia and Chelsea scraped past Eintracht Frankfurt to set up the all-English final.

But fans on Twitter immediately voiced their concerns about the nightmare journey they will have to take.

One said: "We're the famous Arsenal and we're going to Baku. Only the two flights, six buses and a donkey ride to get there."

Another added: "Flights booked… Manchester to Istanbul to Baku Monday. Fly back Thursday overnight to Istanbul then home Friday. Five days for a game of football."