EMILIANO MARTINEZ has warned Arsenal that he is no longer prepared to play second fiddle to Bernd Leno next season.

The Argentine keeper admits he will quit if he does not get  game time. 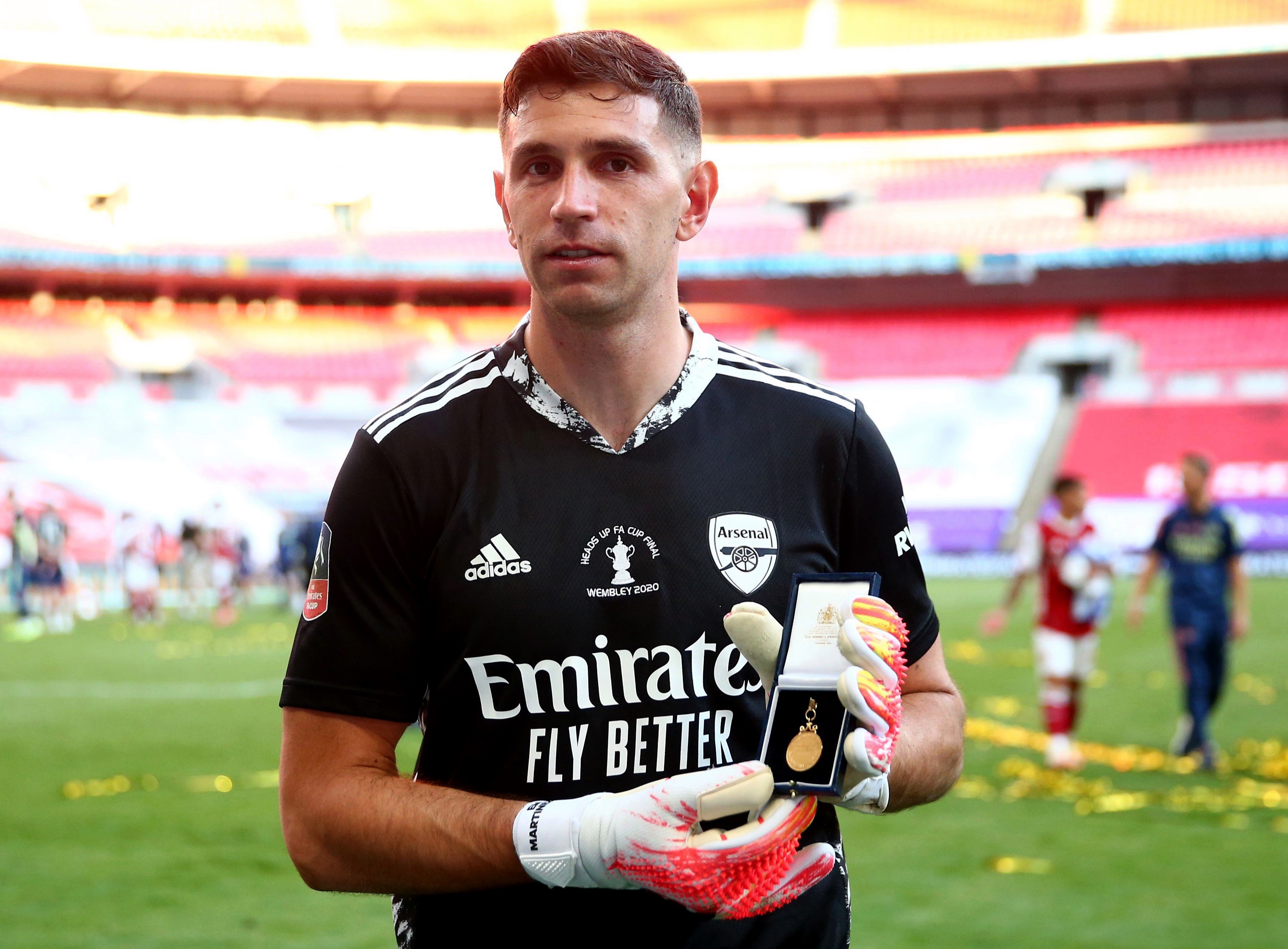 Martinez, 27, was the unlikely FA Cup final hero for the Gunners.

But he fears he will lose his spot when Leno returns from the knee injury which ruled him out of the last 11 games.

And his comments to Argentine radio station Continental have alerted promoted Leeds and Fulham, as well as Sheffield United.

Martinez said: “I have shown the club that I can play for them and when I return next season I need to have more games.

“That is the only way I will stay at Arsenal.

“My target  is to consolidate my place with Arsenal and to reach the Argentinian national team as number one.

“I won’t stop until I get that and if I don’t play for Arsenal, then clearly I would move on.”

Martinez joined Arsenal from Argentine club  Independiente in 2010 for £1.1m.

The club hope to tie him down to a new contract.