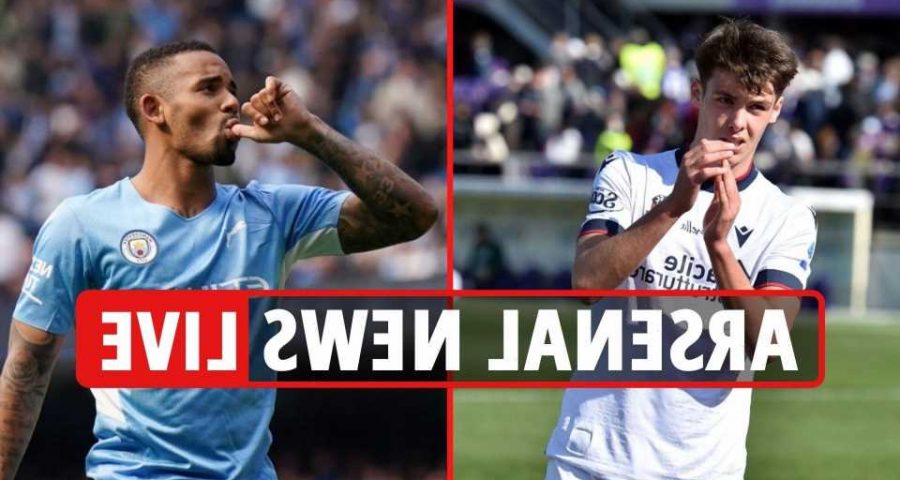 ARSENAL have reportedly submitted a £43m bid to lure Manchester City star Gabriel Jesus to the Emirates this summer.

The Brazilian could be surplus to requirements following the arrival of Erling Haaland, and Mikel Arteta is hoping to persuade Jesus to make the switch.

Meanwhile, Italian outfit Bologna's sporting director, Riccardo Bigon will be in London tonight to discuss a potential deal for full-back Aaron Hickey according to reports.

And stay right here for the ENTIRE build up to the HUGE North London derby between Arsenal and Spurs where Champions League qualification hangs in the balance.