ARSENAL have been accused of destroying the planet – by giving out almost 60,000 plastic bags for fans to hold up before kick-off against Valencia.

Supporters were instructed to hold the bags aloft to create a mosaic while a light show welcomed both teams in last night's Europa League semi-final clash at the Emirates. 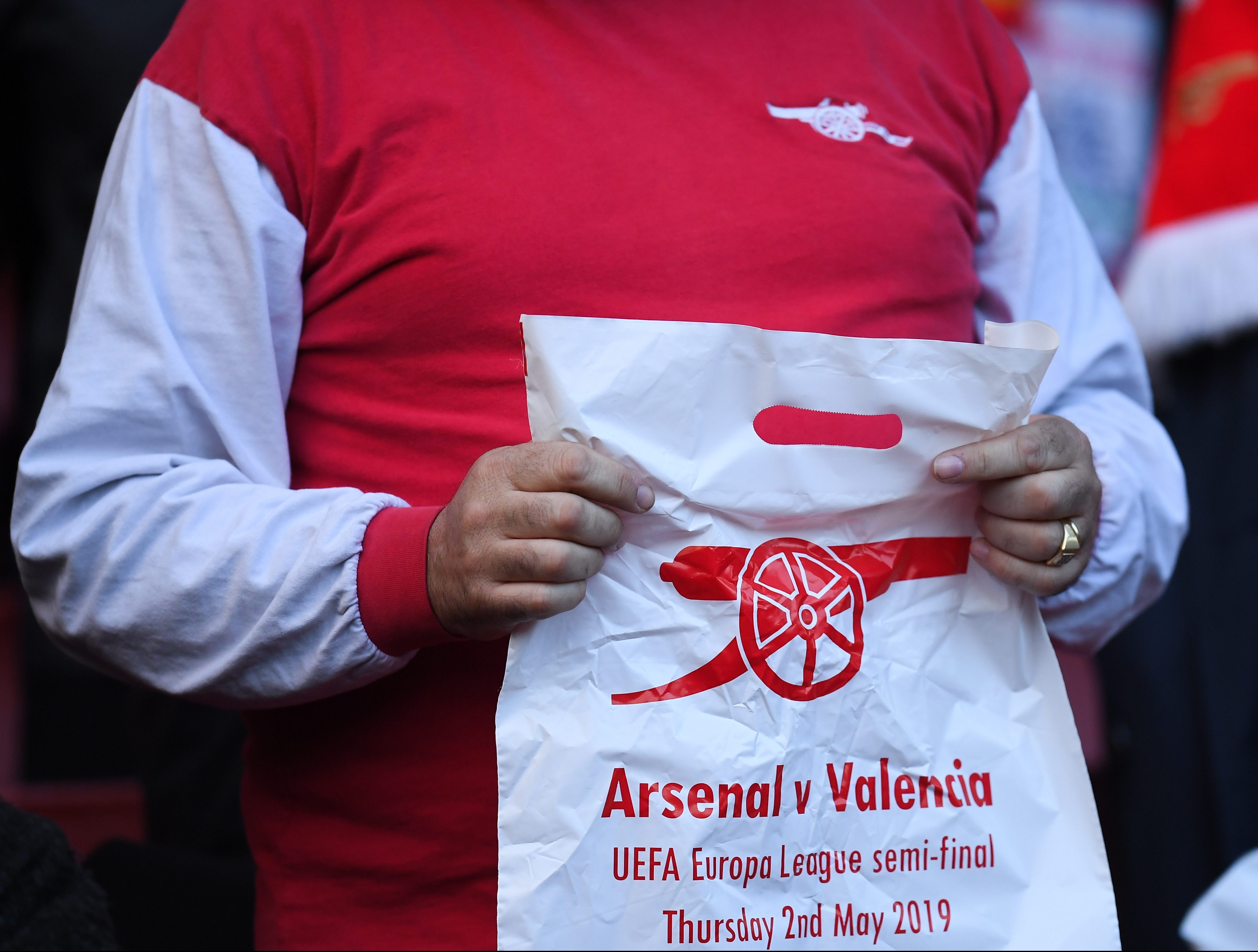 The Gunners explained they were "reusable and biodegradable".

But eco-conscious supporters branded the idea an "embarrassment" as they shared pictures of thousands of bags littering the stadium.

And the light show flopped due to the brightness of the sun at 8pm last night.

Supporters called for the club to be fined and blasted chiefs for creating pollution.

According to a study, published in Environmental Science and Technology yesterday, biodegradable plastic bags can still be used for up to THREE YEARS after they are thrown away.

In June 2017, Arsenal said in a statement: "The Club is making efforts where practical to try and operate as a more environmentally friendly organisation.

"At Arsenal FC we recognise that our operations have an impact on the local, national and global environment."

"As a consequence of this the Club is committed to taking steps where practicable to minimise any adverse impact that we may have on the environment.

"The Club aims to meet, and where possible exceed, the requirements of all relevant environmental legislation.

"We will regularly audit our compliance with such legislation and in doing so aim to improve our environmental performance wherever economically practical."

Arsenal fans were at least happy their team won 3-1 and edged one step closer to a Europa League final.

The night was spoiled by one sick Valencia fan who made monkey gestures and Nazi salutes at the Gunners home crowd.

Valencia have come under fire for trying to blame Arsenal for their own supporters' racism.