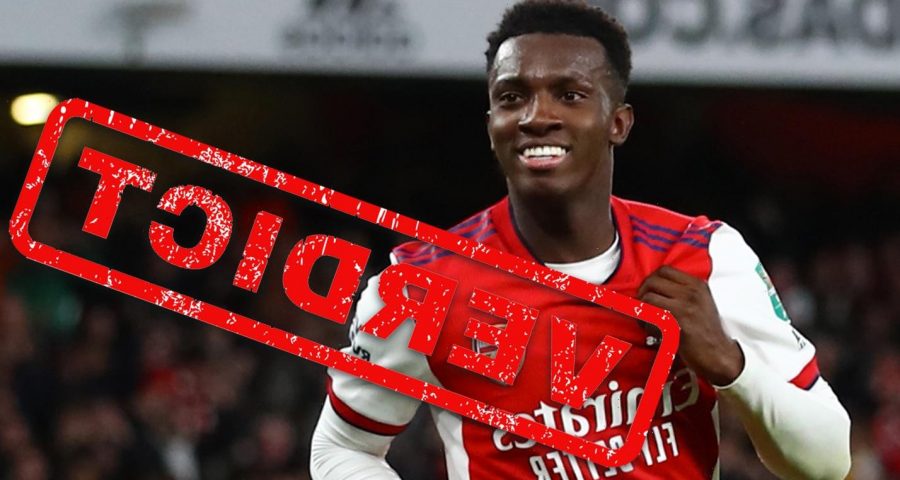 EDDIE NKETIAH will have enjoyed wrapping up Arsenal's win against Leeds in the Carabao Cup having struggled for game time when on loan at Elland Road.

But you can't escape the feeling that he is never going to be good enough to be a Gunners regular. 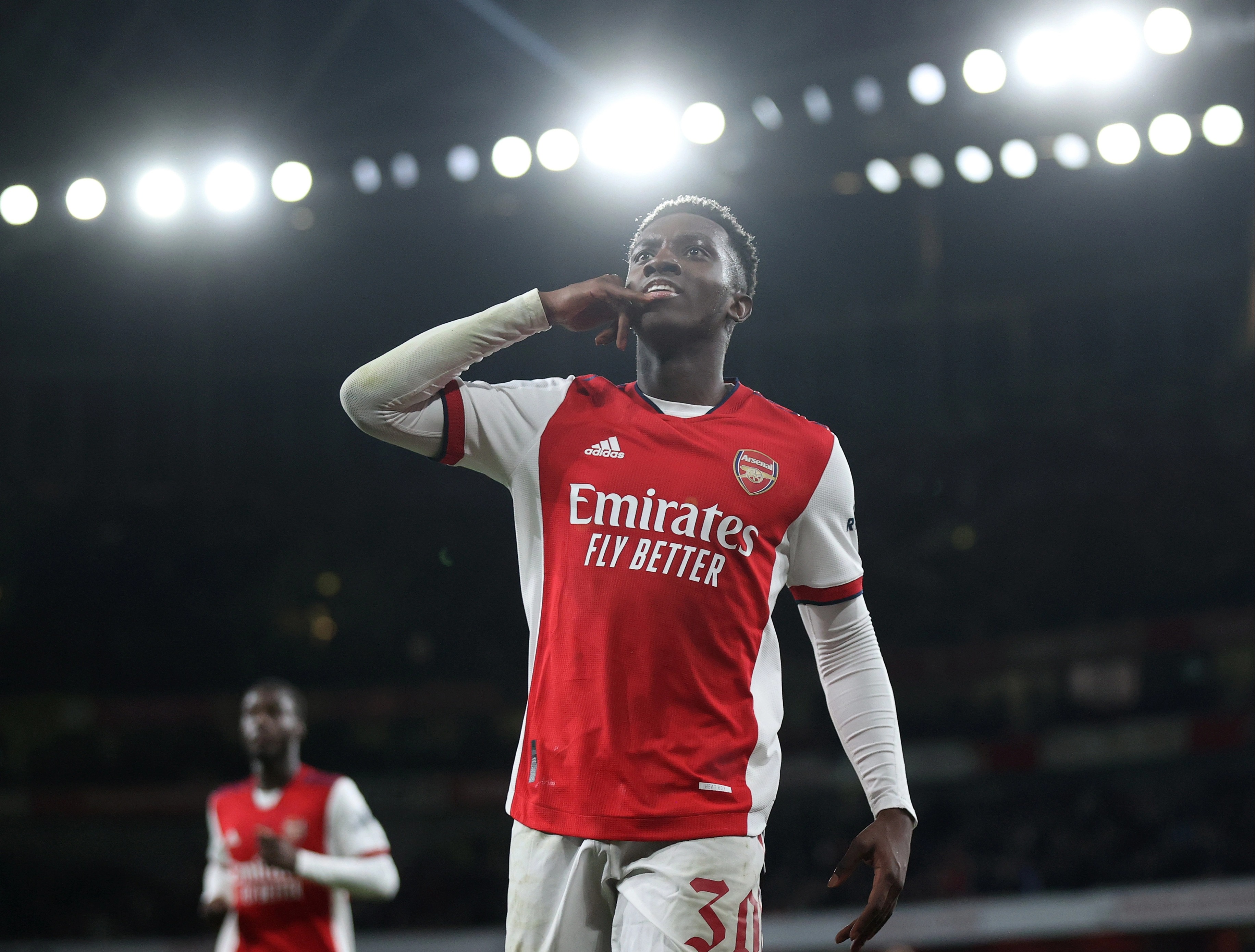 The forward performed perfectly well in the 2-0 win at the Emirates and capitalised on Liam Cooper's awful back header to secure the Gunners' passage to the last eight.

He picked it up on the edge of Leeds' box, scooped it over Illan Meslier and nearly missed from two yards but fortunately for the 22-year-old, his scuffed finish trickled over the line on 69 minutes.

For the remainder of the game he was full of energy and running if a little lacking in end product.

Alexandre Lacazette looks set to leave at the end of the season when his contract is up and Nketiah's expires at the same time.

Opinion is split among Gooners as to whether it's the right time for Lacazette to leave but one thing is for sure – Nketiah is nowhere near as good as the Frenchman.

And it's not unreasonable to suggest he never will be.

Arsenal will be loathe to shed all their forwards at the same time, but if Nketiah wants to be more than a squad rotation player surely a move is the best thing for his career.

He may even leave sooner with reports suggesting Aston Villa, Brentford and, ironically, Leeds are eyeing January moves.

Whatever the club and the boyhood Gunners fan decide to do, Nketiah will surely be secretly thrilled to have put Leeds – and particularly Bielsa – to the sword as one of his final acts in red.

He moved to Elland Road on loan in August 2019 and was back at the Emirates just five months later.

Nketiah played 19 times in all competitions for the Whites but played a full 90 minutes only once.

In fact in all 17 of his Championship appearances, Bielsa only gave him more than 45 minutes on one occasion.

He still managed five goals and one assist for Leeds but it was certainly a strange situation.

Bielsa went on a bizarre rant about Nketiah after he had been recalled by Arsenal and seemed to suggest the youngster always knew his opportunities would be limited.

If anything, the Argentine seemed to call for praise for benching Patrick Bamford when he did to allow the Gunners starlet some minutes.

'THE TRANSFER OF EDDIE WAS A LIE'

Bielsa said after the loan: "Nketiah arrived here because Leeds was the ideal place to grow, because it was me who was going to coach him.

“I know who I am and I don’t believe those messages.

“Everything around the transfer of Eddie was a lie, Nketiah came to play. In any way, he didn’t play and he left.

“But even worse, because I, in two situations, I put Bamford on the bench and in two months he was with us, he wasn’t able to play.

"One player in six months plays two matches, thinks he will arrive to one club and play is underestimating what Leeds is as a club, a team and an institution.

“I think that Nketiah is going to be one of the best English players.

"He was a starter twice, moving one player like Bamford, a great player and a day later he decides to leave the club.”

A period of time to forget for Eddie.

He spoke fondly of his time at Leeds in the programme on Tuesday but also revealed he keeps in regular contact with Joe Willock and Reiss Nelson.

Both promising youngsters who left the Emirates in order to further their careers – a move you think would be prudent for Nketiah too.

And you sense that might be in his mind after he said: "When I was with England's Under-21s, I'd talk to other players about where they play, what the environment is like because it's good to get a feel for what it's like at different clubs and in different countries.

"You never know what will happen in football so it's good to learn about other places and have an open mind. It's good to have those experiences in life."