The Brazilian will rake in £220,000-a-week as he joins on a three-year deal following his free transfer from Chelsea.

That makes him a higher earner than club captain Pierre-Emerick Aubameyang, who is reported to be closing in on a new deal of his own.

However, he is still a distance away from top earner Mesut Ozil, who is paid £350,000-a-week and rejected a wage cut during the coronavirus lockdown.

Of his decision, Ozil told The Athletic: "As players, we all wanted to contribute.

"But we needed more information and many questions were unanswered.

"Everyone was fine with a deferral while there was so much uncertainty – I would have been OK to take a bigger share – and then a cut if required, once the football and financial outlook was clearer.

"But we were rushed into it without proper consultation.

"For anyone in this situation, you have a right to know everything, to understand why it is happening and where the money is going.

"But we didn't get enough details, we just had to give a quick decision.

"It was far too quick for something so important and there was a lot of pressure."

And the German has refused to be forced out of the club – even with the prospect of an £18m pay-off on the table to terminate his deal.

After snapping up Willian, boss Mikel Arteta said: “I believe he’s a player that can really make a difference for us.

"We have been monitoring him for the past few months, we had a clear intention to strengthen in the attacking midfielder and the winger positions [and] he is a player that gives us a lot of versatility, he can play in three or four different positions.

"He has the experience of everything in the football world but to still have the ambition to come here and contribute to bring the club where it belongs.

"I have been really impressed with all the talks I have had with him and how much he wanted to come.”

Pierre-Emerick Aubameyang is now the third highest earner on £200,000 per week, with strike partner Alexandre Lacazette not far behind on £182,000 weekly. 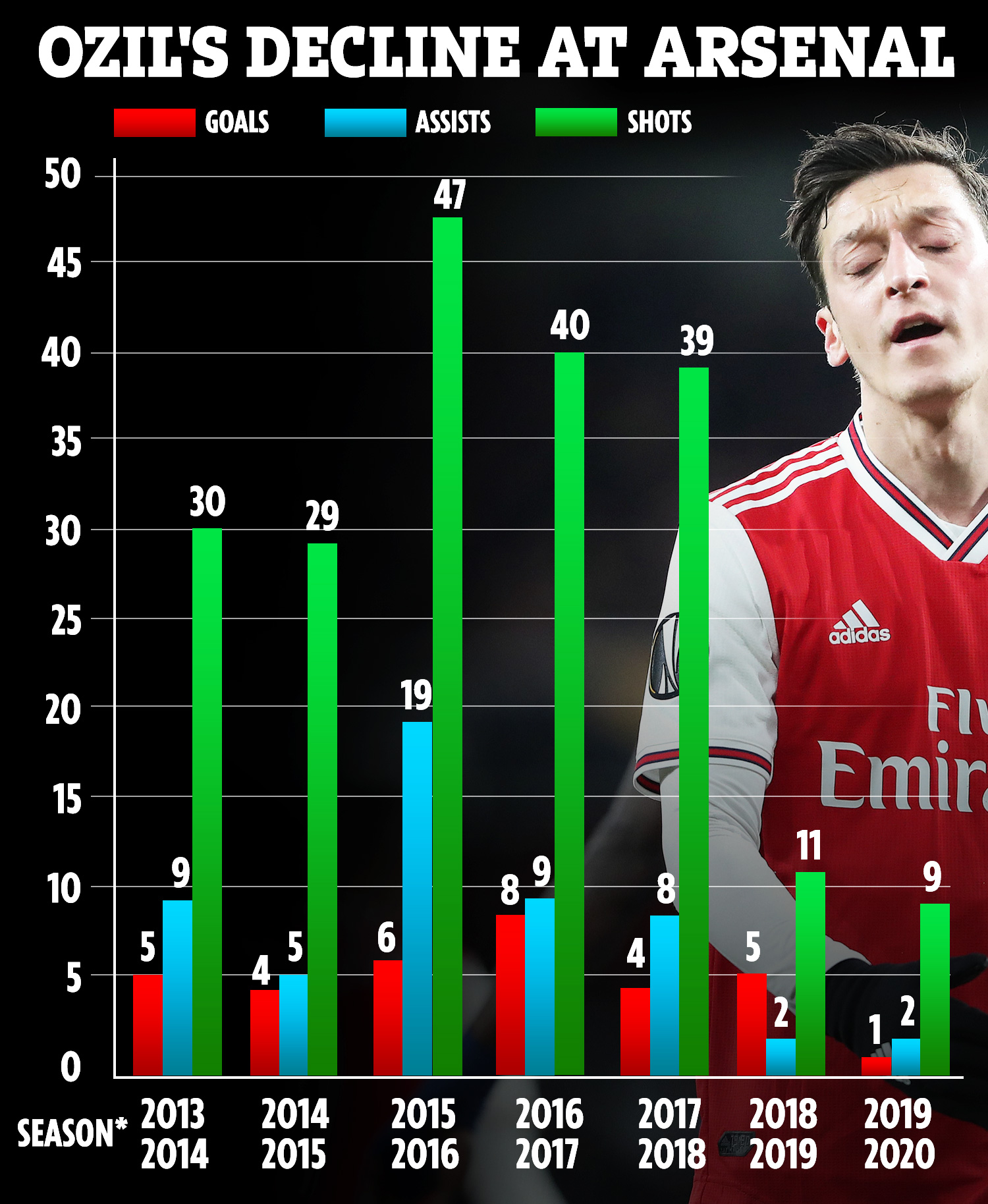 Then there are THREE players all earning £100,000 per week – Sead Kolasinac, Bernd Leno and Granit Xhaka.