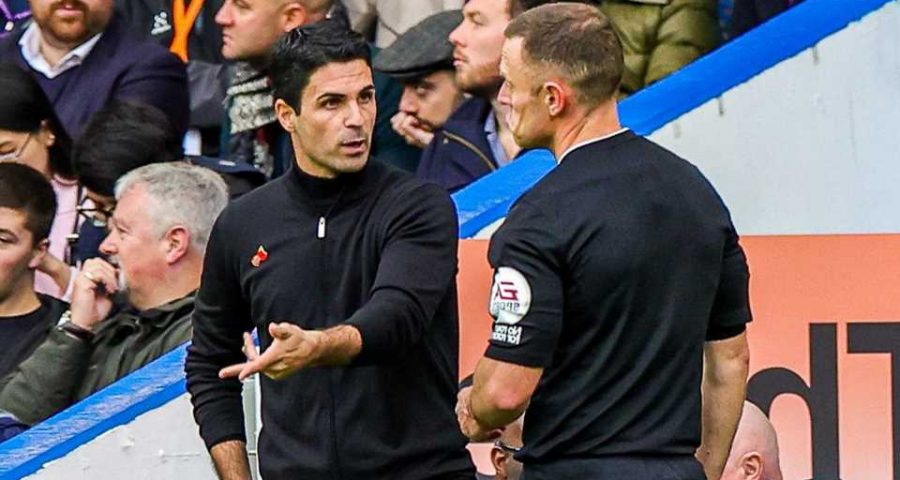 MIKEL ARTETA was furious with Pierre-Emerick Aubameyang once again after this nasty tackle on Ben White.

The Arsenal manager famously stripped the Gabon striker of the captaincy and then booted him out of his squad for disciplinary issues. 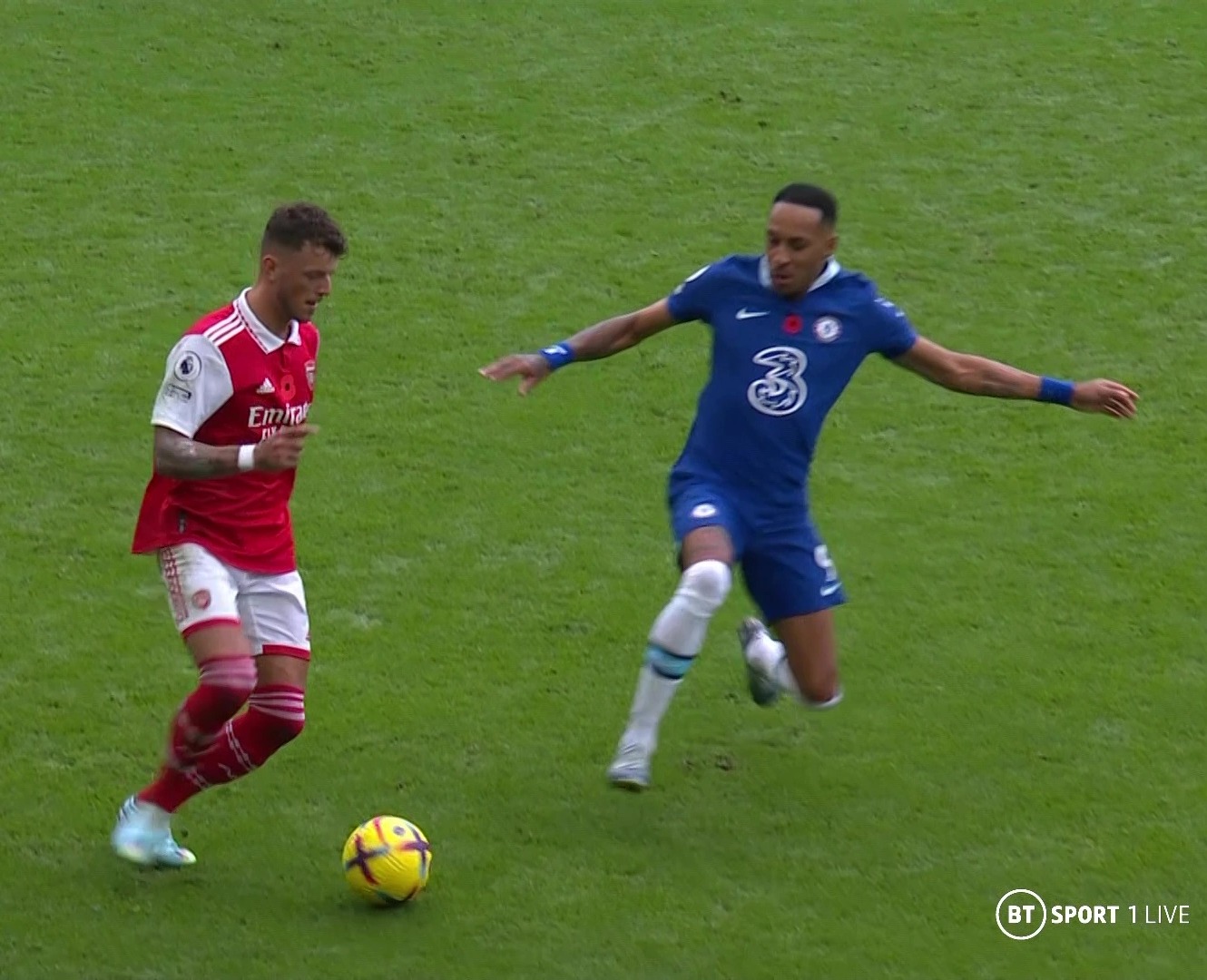 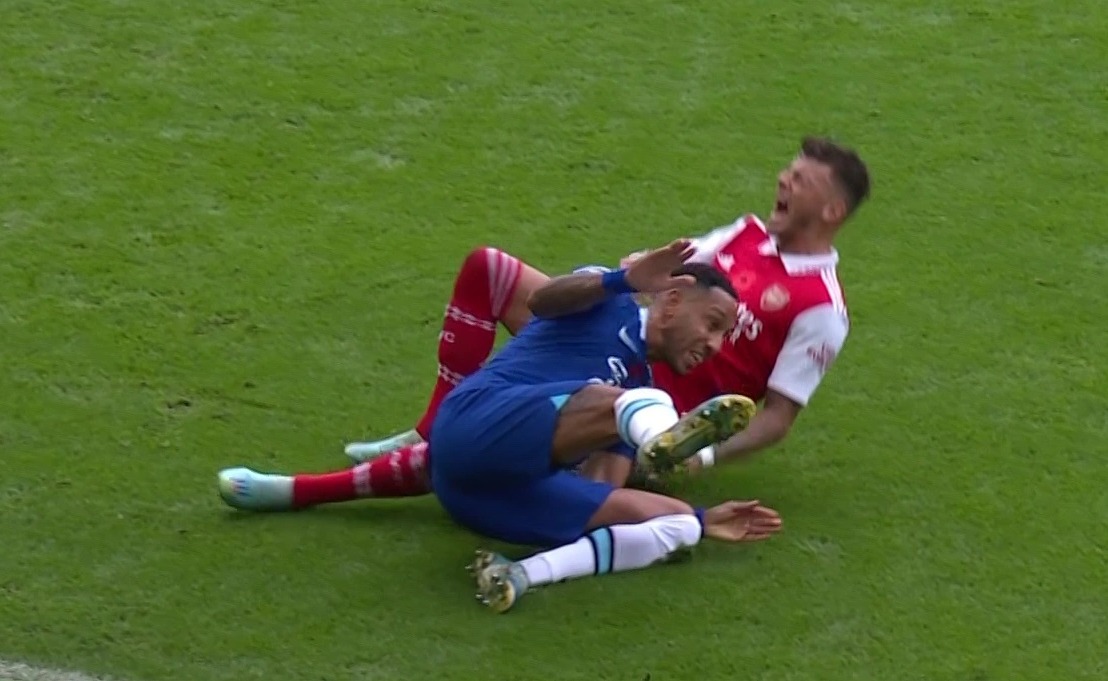 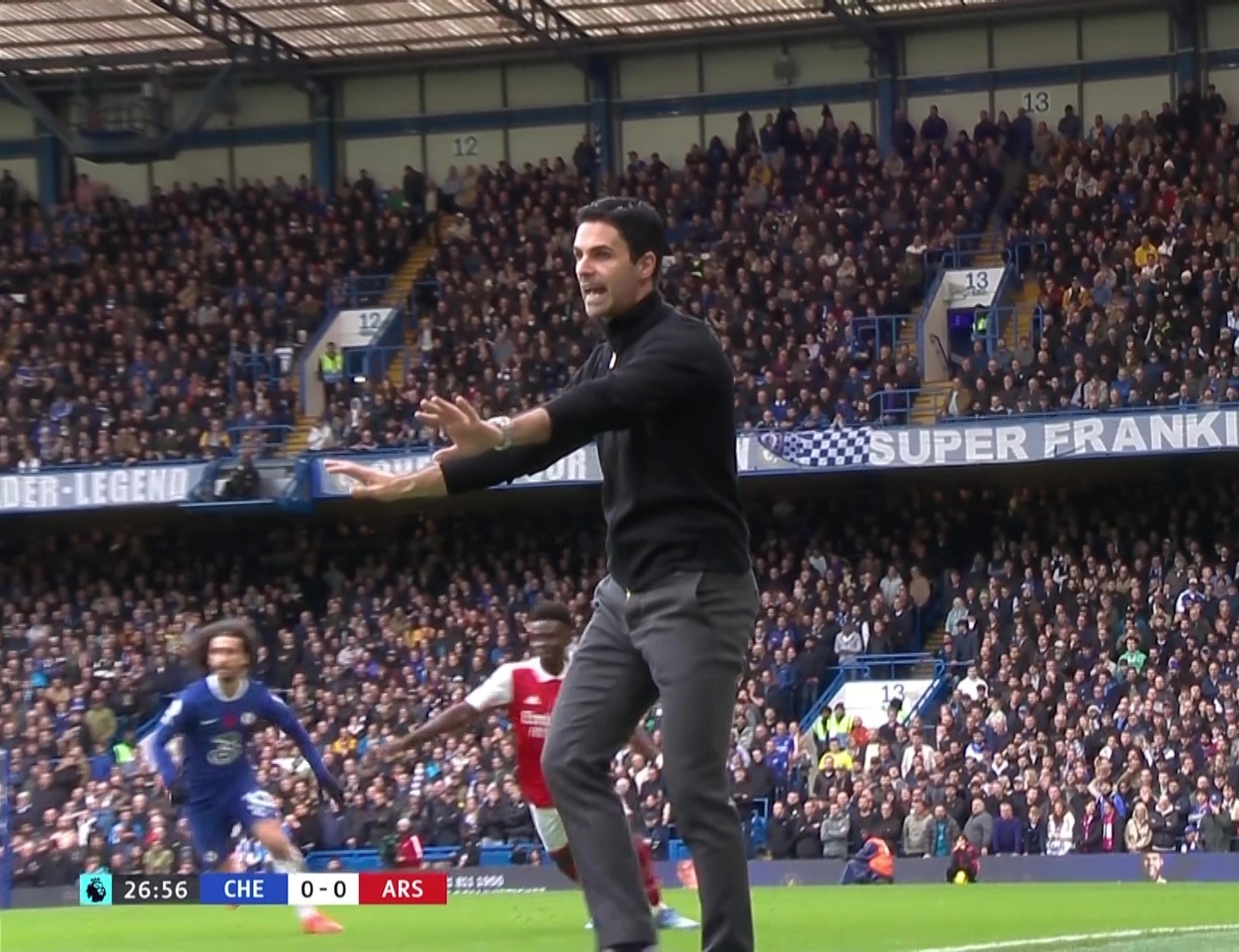 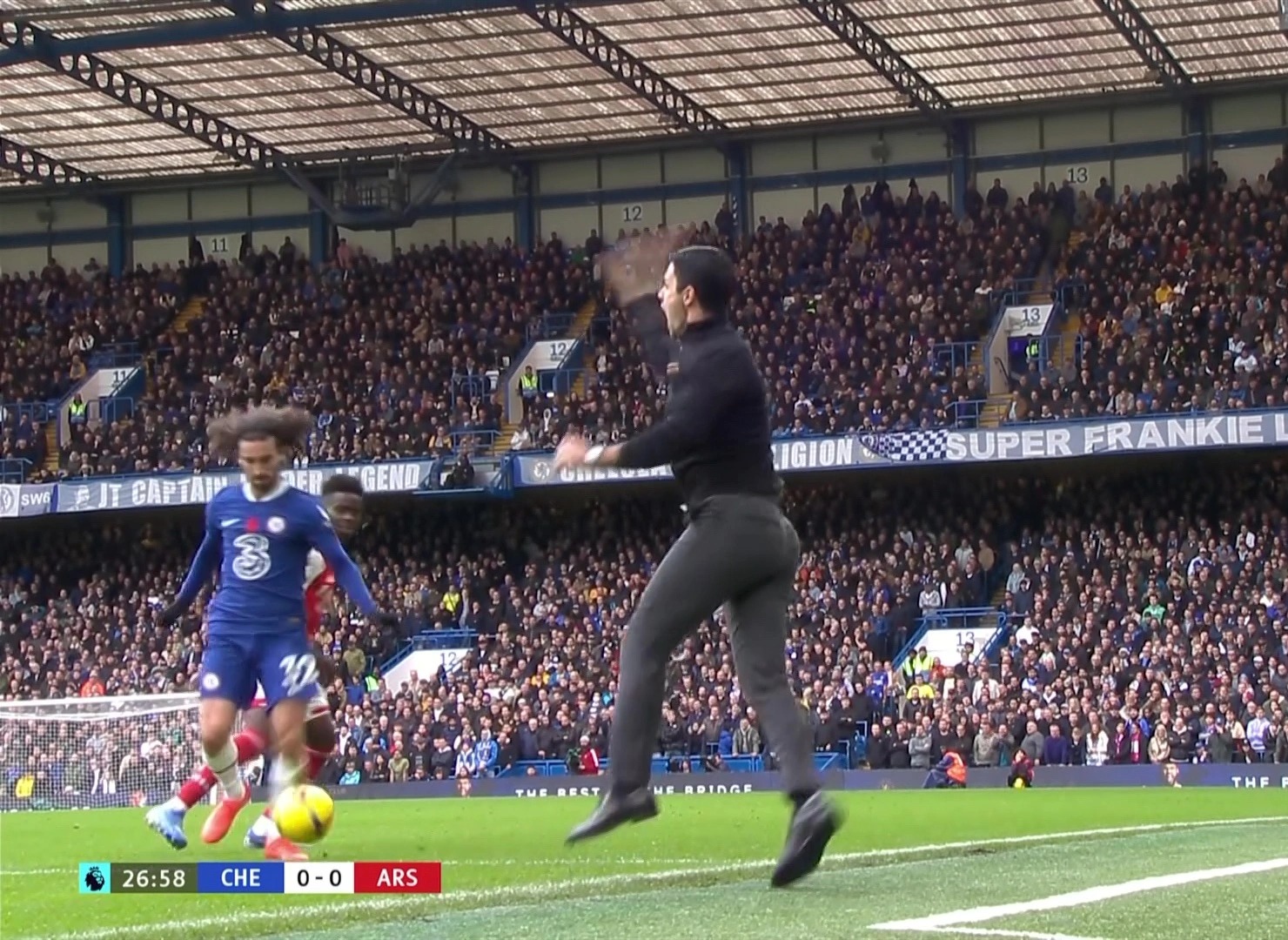 And up against his former side for the first time since that acrimonious exit nine months ago, Aubameyang certainly made his presence known.

With 27 minutes on the clock, the new Chelsea No9 went sliding in on White right in front of the away dugout.

And Arteta made no attempt to hide his feelings with an angry reaction to the referee and fourth official.

Aubemayang was rightly booked for the challenge and could have no complaints. 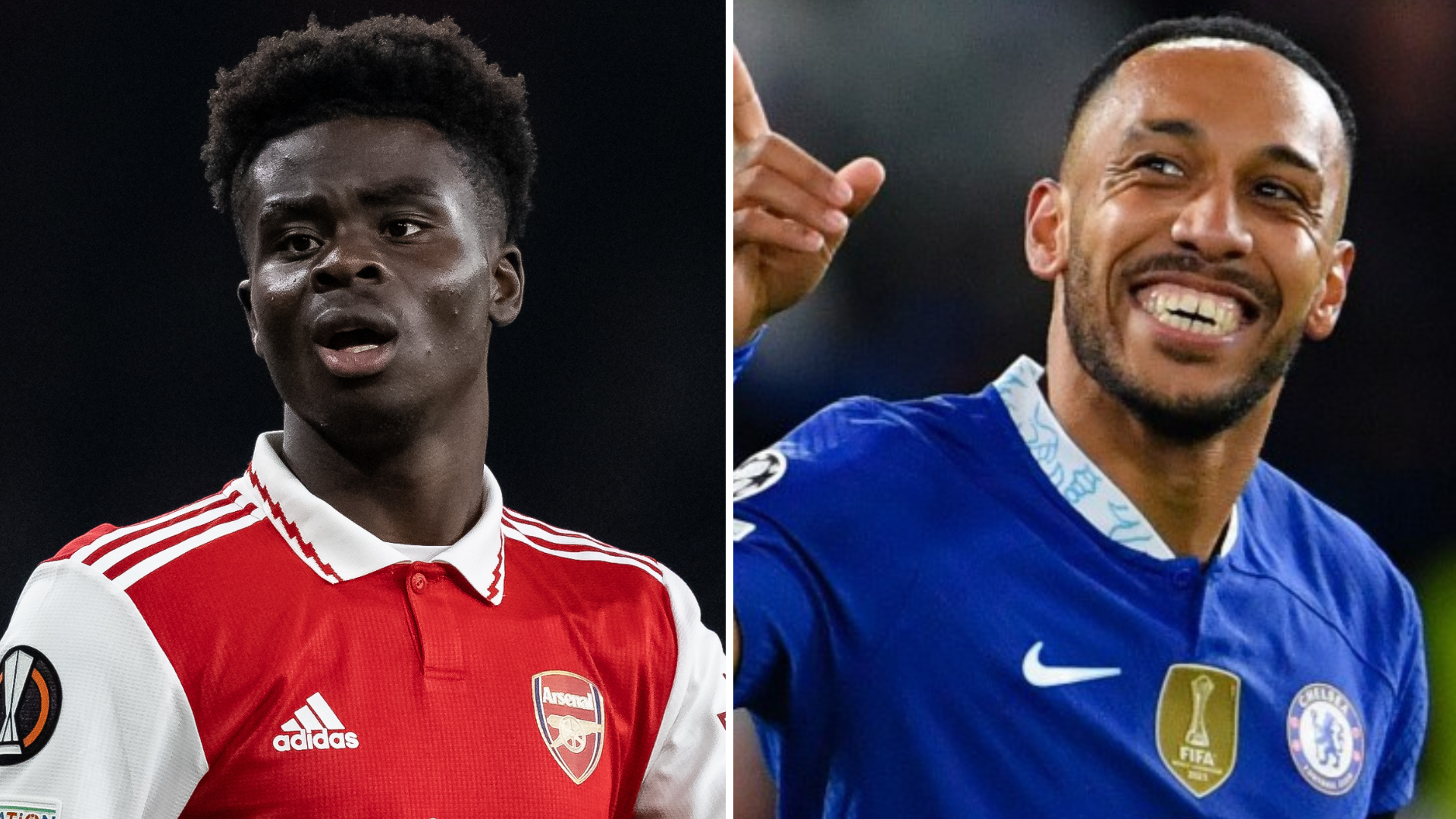 Saka fit for Chelsea as Aubameyang set for Arsenal reunion

But Arteta's response suggested he wanted more – while midfielder Granit Xhaka also berated Michael Oliver when he awarded the free-kick.

And the Arsenal supporters in the away end at Stamford Bridge joined in the treatment of Aubameyang.

They were booing his every touch before the incident and then starting chanting at the cautioned striker: “Mikel Arteta, he thinks that you’re s***!”

One fan tweeted: "The way Arteta is shouting and dancing up and down. He wanted red for Aubameyang."

Another cleverly quipped: "Not the first time Arteta is angry at Aubameyang arriving late."

And a third joked: "Reckon there’s a decent chance Arteta sparks out Aubameyang at full time."

Things kicked off again in the dugouts just before half-time when Potter accused Bukayo Saka of diving before the England winger then fouled Marc Cucurella.

Again, Arteta was not happy and let rip towards rival Potter and Robert Jones, the fourth official trying to restore order on the sidelines.