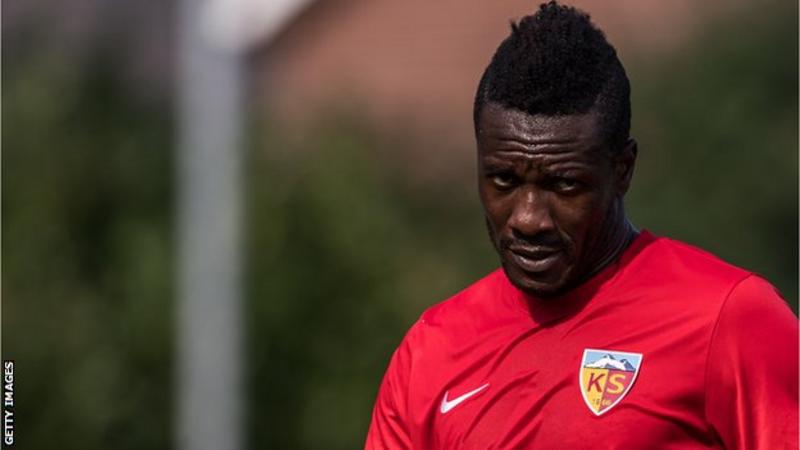 Ghana’s record goalscorer Asamoah Gyan has reversed his decision to retire from international football after speaking to the country’s president.

The 33-year-old, who has scored 51 goals in 106 internationals, said on Monday he had quit “permanently” after being replaced as captain.

President Nana Akufo-Addo spoke to Gyan on Tuesday, prompting the Kayserispor striker to change his mind.

“A presidential request is one that cannot be disregarded,” he said.

“I have taken the request in good faith, and will make myself available for selection by coach Kwasi Appiah.”

On Wednesday, Ghana are due to name their provisional squad for the Africa Cup of Nations in Egypt, with Andre Ayew likely to be captain.

Gyan has not featured for the national side since September 2017 after persistent injury problems, and has also struggled for game-time at Kayserispor.

He said his desire to help Ghana win Afcon “still burns strong” and he remains “committed to serving this great nation and the people of Ghana”.

Gyan has scored at six consecutive Nations Cup finals, as well as three World Cups between 2006 and 2014.