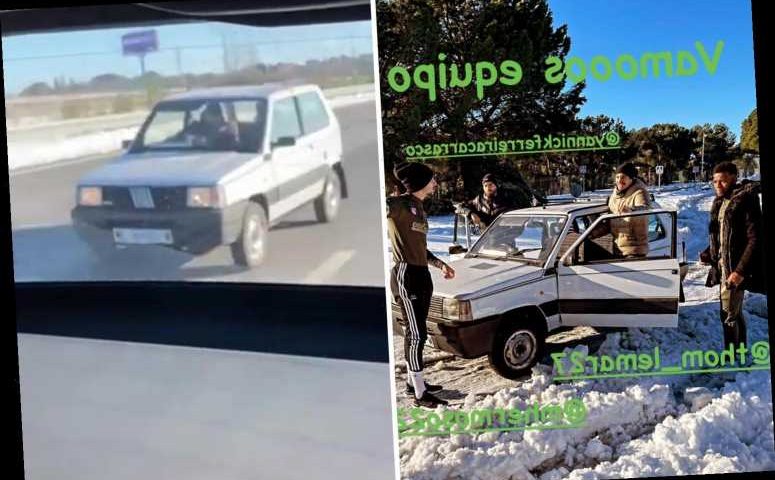 Storm Filomena has battered Spain in recent days leading to record snowfall in the Spanish capital. 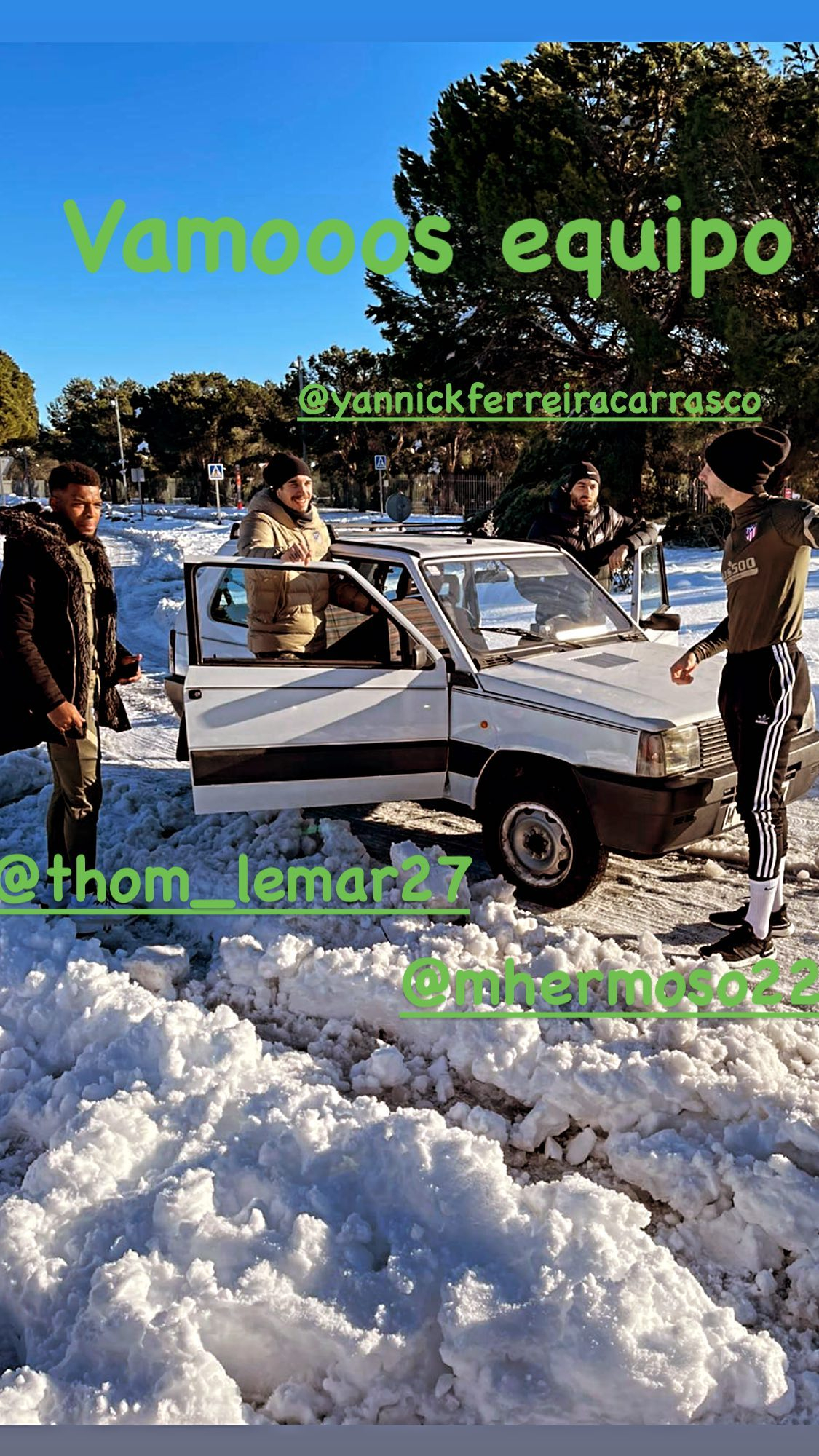 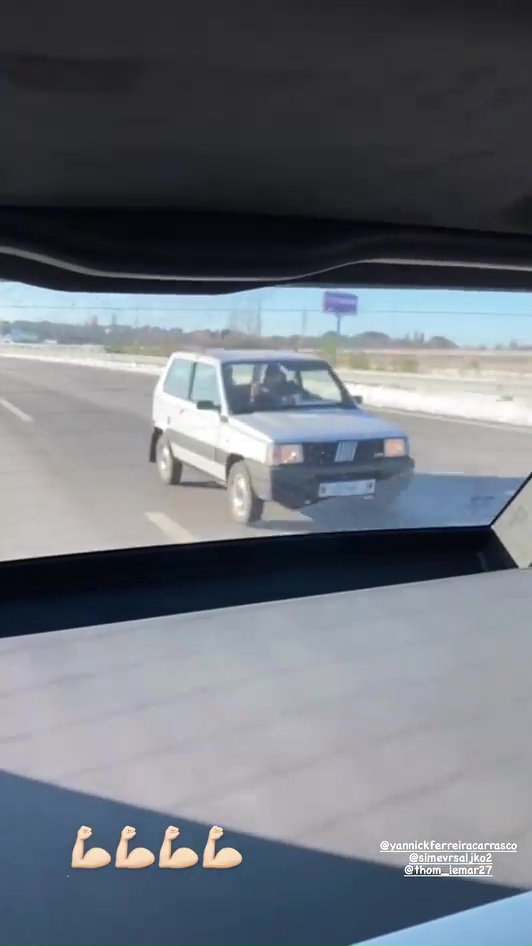 And to ensure he made it to the Wanda Metropolitano in time, the Belgian borrowed his neighbour's old school 4X4 as it 'goes well on the snow'.

Footage surfaced online of the midfielder cruising along the motorway with two laughing passengers – believed to be Thomas Lemar and Šime Vrsaljko.

And fellow Atletico team-mate Vrsaljko also shared a snap of the tired looking car when the group arrived.

Most members of Atleti's squad travelled in modern and luxurious 4X4s – some laid on by the club for those players without their own – to help cope with the treacherous roads. 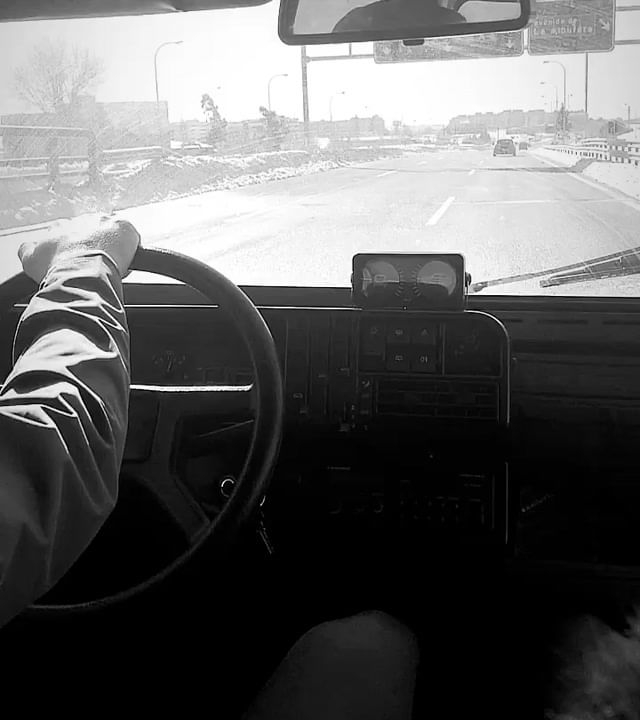 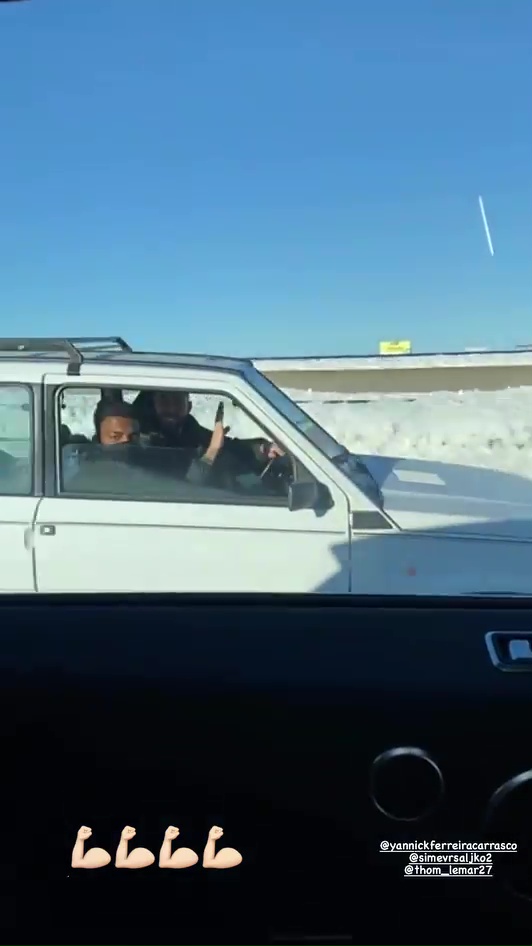 Blizzards blanketed swathes of Spain with driving snow bringing traffic to a grinding halt and grounding dozens of flights as up to 50cm of snow fell.

Atletico finally managed to train around 11:30am on Monday ahead of their home game against Sevilla in LaLiga on Tuesday.

But they had to prepare at their stadium rather than the training ground because of the adverse weather, which put paid to their match against Athletic Bilbao at the weekend.

Atletico boss Diego Simeone said: "There was a great job from all the employees who work on the playing field so that the field is available today so that we can work.

"We came in vans. Obviously, the main highways and roads are fine, but in Madrid urbanisations are difficult to get out of.

"You have to find a way to do it. The point was to be able to get together here and train well, which today we could do very well." 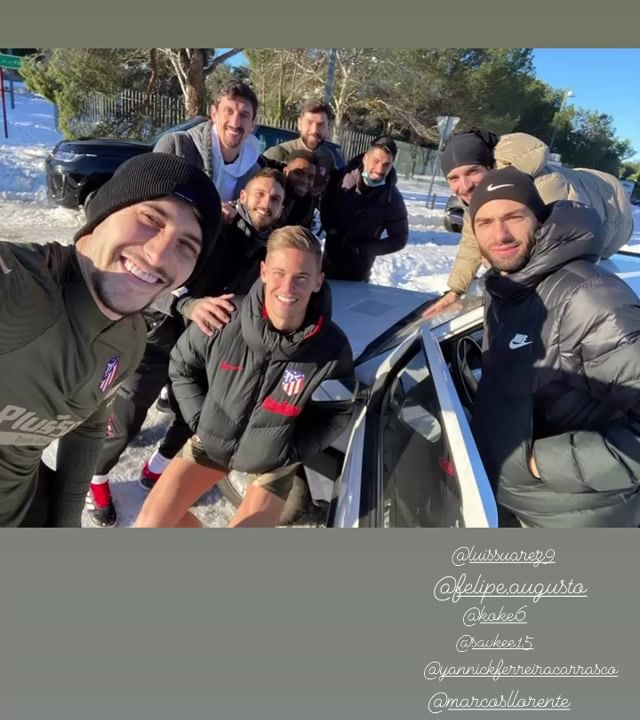