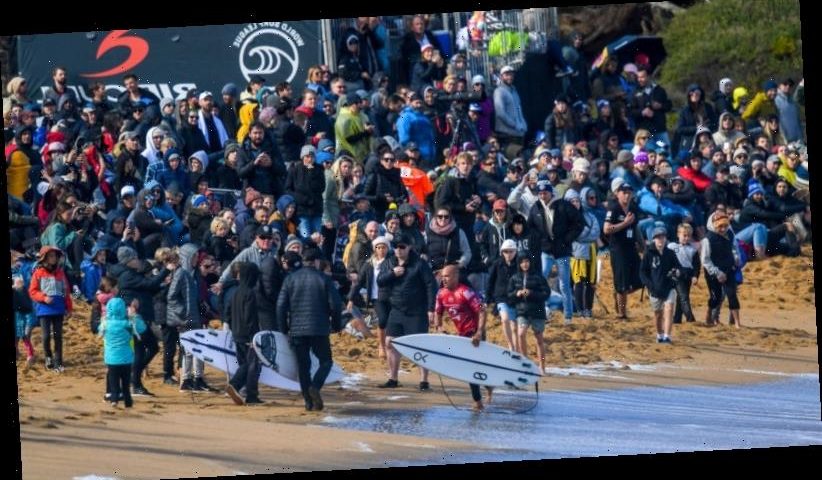 The Rip Curl Pro will be held at Bells Beach on the Victorian surf coast next year after the state government and the World Surfing League committed in an agreement to hold the event from 2022-2024.

But there will be no surfing tournament held at Bells in 2021 meaning the local community will be without the traditional Easter event for the second year running, with hopes that the event could have been rescheduled for this winter ending.

The reason given was that the Victorian government would not agree to the World Surf League proposals around quarantine that had the organisation seeking a guarantee they could land a charter flight carrying athletes and officials in Melbourne for the event regardless of the COVID-19 circumstances in the state.

The Victorian government was also pre-occupied with finalising arrangements for the Australian Open tennis when the World Surf League needed to reach an agreement over the Rip Curl Pro.

Sports minister Martin Pakula said in a statement on Thursday that the government was pleased to reach an agreement on the event that had been held at the beach since 1961 until it was cancelled last year during the coronavirus pandemic.

“The Rip Curl Pro is known around the world and loved at home – and it’s great that it will be returning to Bells Beach in 2022 and for at least two more years after that,” Pakula said.

“No one is happy that we can’t host the event this year, but the public health advice was clear and protecting the health of Victorians is non-negotiable.”