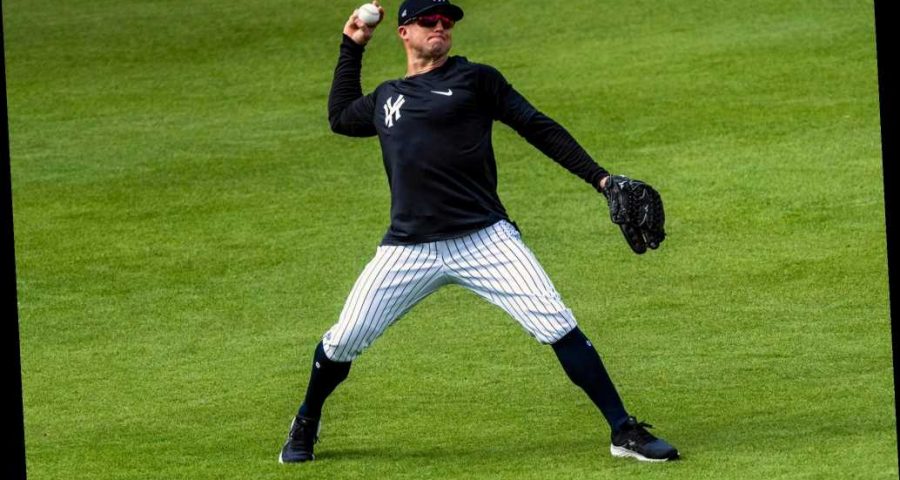 Aaron Boone returning to Yankees with pacemaker after health scare

TAMPA — Brett Gardner is back for a 14th season in pinstripes, but not just because of what he did in his first 13 seasons in The Bronx, according to general manager Brian Cashman.

Though the veteran outfielder re-signed with the Yankees less than a week before position players reported to spring training and may contribute in a different role this season, Cashman said Gardner still has plenty to give on and off the field.

“We didn’t bring him back as a reward for what he’s done in the past, we brought him back because we think he’s going to impact us in the present,” Cashman said Friday. “We know he can and we know he will as long as — like any other player, that definition is as long as they stay healthy, he’s going to help us a lot.

“We’re lucky that he loves being here because I guarantee he had a chance to go elsewhere and probably make some more money than we had in terms of flexibility. I’m glad we’re still working together.”

The 37-year-old Gardner, who said he didn’t do “a lot of exploring” on the free-agent market, has made it clear he wants to finish his career with the Yankees. But he had to wait for a contract this offseason until the Yankees had shored up other areas while staying under the $210 million luxury-tax threshold.

Manager Aaron Boone has tapped Clint Frazier as his starting left fielder, but Gardner — who went 0-for-2 in his second game of the spring Friday — offers value off the bench as a left-handed hitter for a right-handed heavy Yankees lineup.

“It’s certainly a quality that has him stand out, but he is still a very strong, viable, everyday player in most respects, on the offensive side and defensive side,” Cashman said. “Then the leadership is unquestioned. He’s one of the glues in that clubhouse. Certainly like what he brings to the table from a clubhouse standpoint, but that’s secondary to what he actually does on the field. He really impacts this team, and he would impact any team that way. He plays hard, he plays right and he’s successful on the defensive and offensive sides. He’s definitely a difference-maker.

“He was always someone we wanted to have back and we tried to articulate it through his agency throughout the winter. It was something we had to wait for because we had other areas we wanted to address first and foremost. But that doesn’t dismiss or dilute how important Brett Gardner has been to this franchise.”