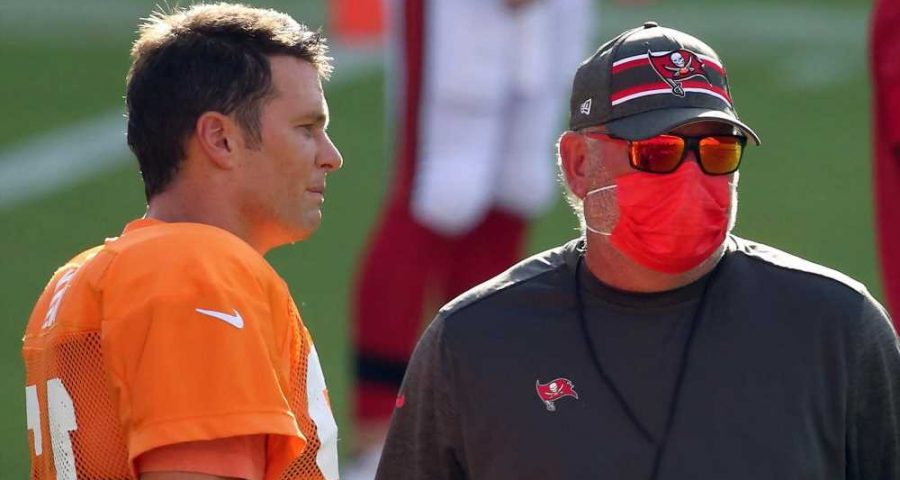 Tom Brady held a private workout for a number of his Buccaneers teammates on Monday afternoon, and while Tampa Bay head coach Bruce Arians said he approves of the workout, he admits he wasn’t thrilled with the location.

“I’d rather see them do it here, for their own protection,” Arians told ESPN’s Jenna Laine, referring to the team’s practice facility.

Brady has also been behind a league-wide push for veterans to boycott teams’ OTA workouts. He reportedly urged players on an NFLPA call to stand united and not show up for the “overly competitive” workouts in an attempt to get the offseason rules changed. So far, many of the OTAs have been well-attended, though most of the Packers’ offense didn’t show up alongside Aaron Rodgers.

Brady, however, has an invitation from Arians to host his private workouts at the team facility, according to Yahoo Sports. If any of the players get injured away from the facility, teams aren’t obligated to pay their salary. The issue was underscored by Broncos tackle Ja’Waun James, who tore his achilles while working out off facility grounds and was later cut so the team didn’t have to pay him his $10 million.

No one was injured at Brady’s workout, but it’s clear to see why Arians is nervous.