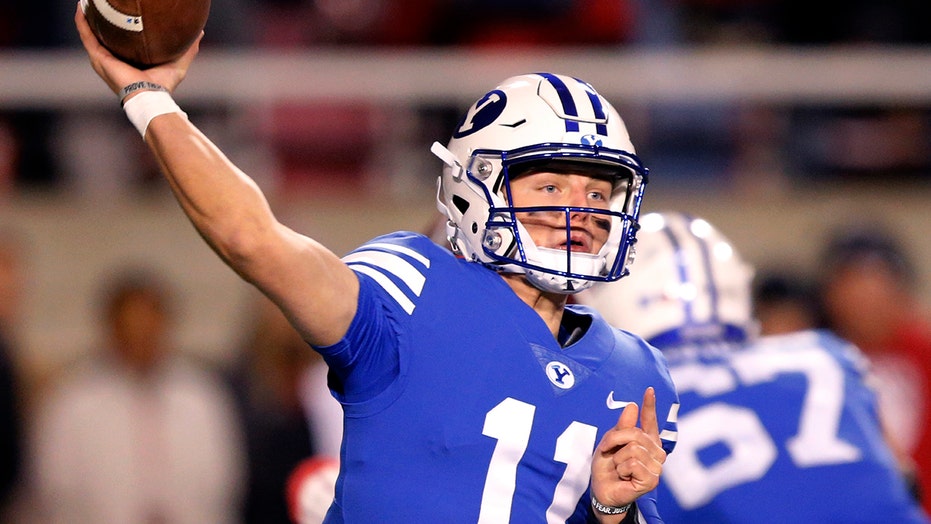 BYU quarterback Zach Wilson isn’t worried about the lasting side effects of the coronavirus after being diagnosed himself back in July.

Wilson told reporters on Monday that he tested positive over the summer after a “little gambling night” with his teammates, TMZ Sports reported.

The junior explained he never experienced any serious symptoms, going as far as to side with Minnesota Vikings quarterback Kirk Cousins, who said in an interview published earlier this month “If I die, I die.”

"I know it affects everyone differently," Wilson said on Monday. "But for me, and I know a lot of other guys on the team feel the same way, you know, honestly we would rather just play football than ever worry about this."

Cousins was criticized over his initial remarks, which were seen as insensitive.

“I want to respect what other people's concerns are. For me personally, just talking no one else can get the virus, what is your concern if you could get it, I would say I'm gonna go about my daily life. If I get it, I'm gonna ride it out,” he said.

VIKINGS' KIRK COUSINS UNAFRAID TO DIE FROM CORONAVIRUS, STILL WEARS MASK OUT OF RESPECT FOR OTHERS

“I'm gonna let nature do its course. Survival-of-the-fittest kind of approach. And just say, if it knocks me out, it knocks me out. I'm going to be OK. You know, even if I die. If I die, I die. I kind of have peace about that.”

Cousins came out days later to clarify his remarks, which he said were made back in July.

“What I wanted to say then, what I would echo again now is that while the virus does not give me a great amount of personal fear, there's still great reason for me to engage in wearing a mask and social distancing and washing my hands as frequently as I can," he explained, "and following protocols that have been set in place, obviously to be respectful and considerate of other people, which is very important, but then also to be available for all 16 games this fall, because as the protocol is set up, if a player were to test positive, they would be potentially out of a game or games.

“There's plenty of reasons to wear a mask, social distance and be very vigilant to help stop the spread of the virus.”