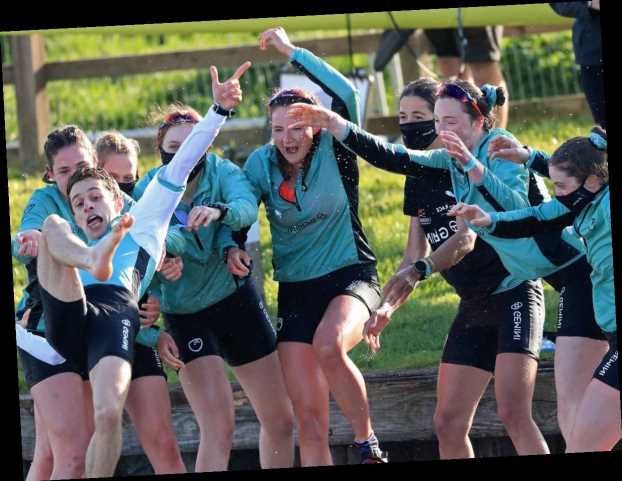 Cambridge cox Dylan Whitaker (R) is thrown into the river

Cambridge men’s and women’s crews scored a double win over Oxford in an epic edition of the Boat Race on Sunday, which was held without crowds on the River Great Ouse in the flatlands of the Cambridgeshire Fen.

With England in partial lockdown and one of the London bridges on their usual course on the River Thames in danger of collapse, the 2021 race was relocated to a dead straight stretch of the river near Ely.

In some of the tightest racing seen in the annual boat race, the light blue crew of Cambridge and dark blues of Oxford battled side-by-side throughout the 4.89 km event, which often becomes a pursuit race on the winding Thames.

Umpire Sarah Winckless, the first woman to oversee the men’s boat race since it began in 1829, had a busy time keeping the crews apart as each sought advantage from what little current there was on the slow-flowing river.

Rowing on their home waters, the Cambridge men’s crew took an early lead under clear blue spring skies as they locked oars with their arch rivals.

Although Oxford pushed their way back into the race and gained a healthy overlap, the light blues were leading by half a boat length midway through the race.

The Oxford women’s crew, who steered an aggressive course, took an early lead but were overhauled by the Cambridge team who then made the most of their familiarity with the course to extend their advantage for a convincing win. 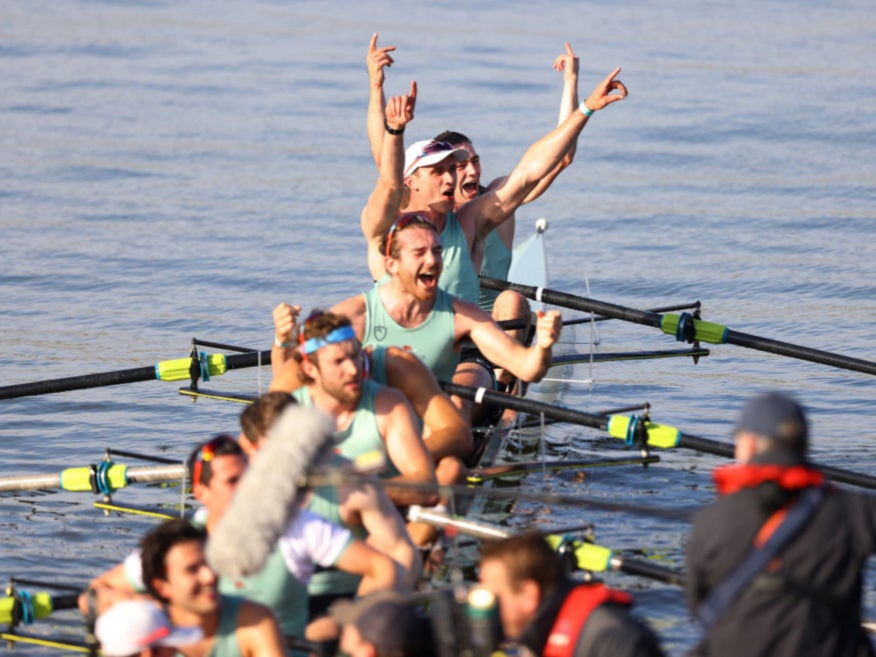 The only other time it was raced at Ely, where Cambridge do most of their training, was in 1944 during World War Two.

Whereas thousands of spectators would normally flock to pubs and bridges to watch, organisers and authorities made the 166th men’s duel and the 75th women’s race a closed event.

The challenge for both crews before the race was a disjointed training build-up, with the rowers having to practice on rowing machines in their bedrooms rather than on the river.

Both Cambridge crews celebrated their success by throwing their coxes into the river, and underlined their relief at winning by jumping in en masse for a cold water bath.