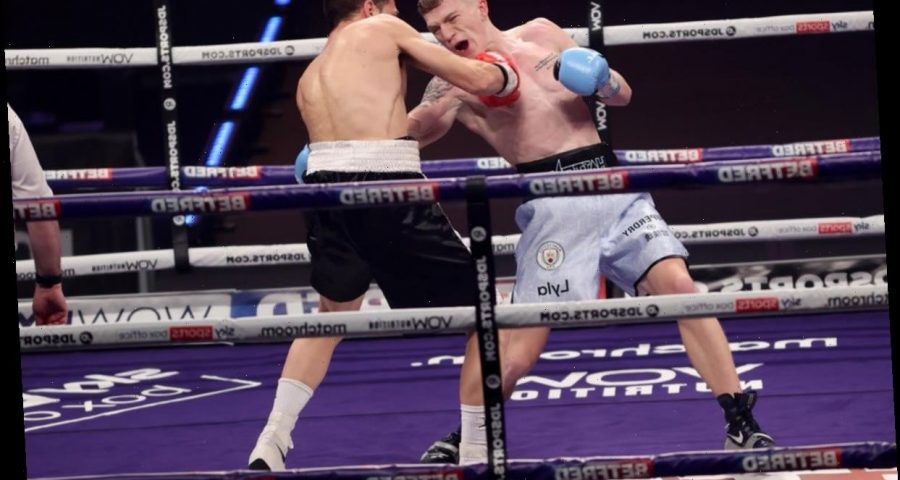 Campbell Hatton recorded a win on his professional debut to emulate his father, Rickie Hatton, with a four-round points decision over Spain’s Jesus Ruiz in Gibraltar on Saturday.

Hatton won all four rounds in a comfortable victory, which came on the undercard of Dillian Whyte’s heavyweight clash with Alexander Povetkin.

The 20-year-old is the son of British boxing legend Rickie, who also won on his professional debut in 1997 and was present at ringside.

“I don’t think I boxed my best, I can do better,” Campbell Hatton told Sky Sports after the fight.

“As much as I tried not to, the nerves got to me a bit. I can only do better next time.

“I have a lot of the strengths that my dad had and one of them is the body punches, that’s a big part of my game.”

Hatton also walked out to Manchester City anthem ‘Blue Moon’, just as his father did for much of his 15-year career.

His father Rickie said afterwards: “I knew these [face] masks would come in handy because no-one could see me crying when the [crowd] were singing ‘Blue Moon’ and ‘There’s Only One Campbell’ Hatton.

“It’s a very proud night for me as a dad, very proud for us as a family.”